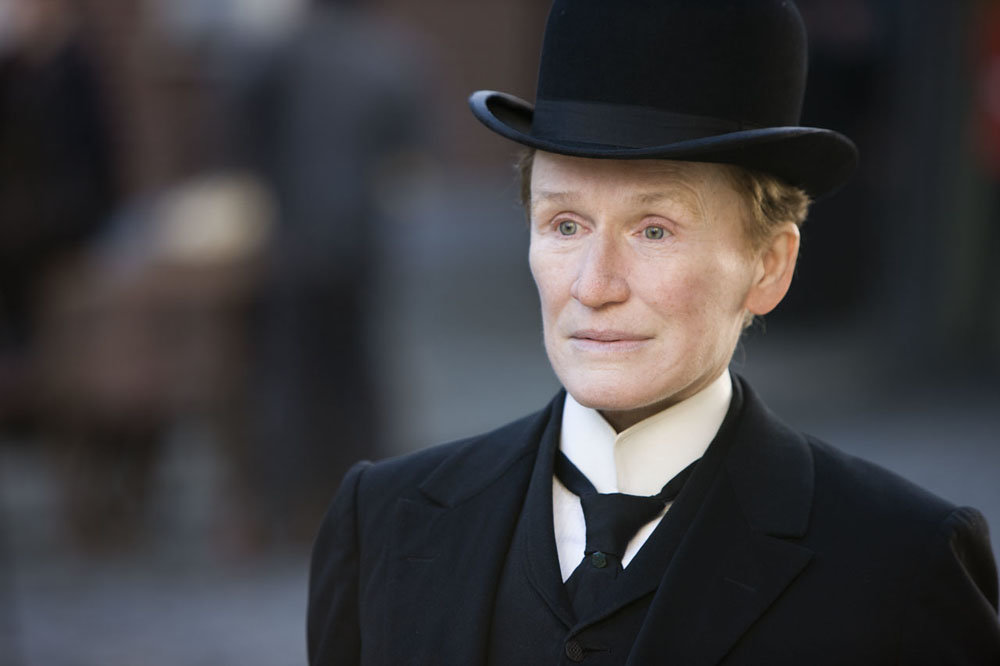 In a dispatch from Telluride, the New York Times' AO Scott turns to Albert Nobbs, "a lovely and surprising movie directed by Rodrigo García (Mother and Child, Nine Lives). Introducing a screening on Friday night, [Glenn] Close, who is a producer and writer of the film, said she had spent 20 years trying to bring the project of adapting the Irish writer George Moore's short story to fruition. (She appeared in a stage version in 1982). Albert Nobbs, played by Ms Close, is a woman who has spent her whole adult life passing as a man, and who works as a waiter in a turn-of-the-century Dublin hotel. It was hard to believe that the radiant blonde movie star at the microphone and the taciturn, red-haired, slightly Chaplinesque figure in the movie were the same person, but such incredulity is part of the pleasure we take in great acting."

For the Hollywood Reporter's Todd McCarthy, Albert Nobbs "only intermittently surmounts the limitations of the central character's parched emotional existence and restricted horizons, and the resolutions to some principal dramatic lines seem rather too easy…. Threatening to become known as the modern George Cukor for his consistent skill in eliciting superb performances from actresses, García only adds to his reputation here.  Almost never seen in anything but the professional wardrobe of servant at the elegant Morrison's Hotel, the Albert Nobbs known to fellow workers and the fancy clientele is a fastidious, polite, impeccably correct gentleman who says little and, off-hours, keeps to himself in a drab upstairs room where, unbeknownst to anyone, he keeps his earnings under the floorboards."

"Described as 'such a kind little man' by another character in the film, Nobbs is in fact a very complicated bundle of conflicted and unrequited emotions and desires," writes John Horn in the Los Angeles Times. "Is Dobbs's passing a temporary means to an entrepreneurial end? Has her deception fundamentally changed how she sees herself, other women and other men? And how does a century-old world handle same-sex relations, when gay marriage even today is for many an offensive concept?"

At the Playlist, Michael Patterson assures us that the film is "much more than a one-woman show. We also glimpse the lives of the rest of the hotel staff, Albert's co-workers who dream of escape too, as well as the 'other half': the hotel owner, the well-to-do-guests, some lower-level royalty that occasionally while away a day or two in the establishment. These characters are crucial to establishing the social strata and feel of the period, and the supporting cast rise to the occasion, headlined by Brendan Gleeson as an in-house hotel doctor, Mia Wasikowska as a hotel maid and a revelatory Janet McTeer who plays a visitor to the hotel, and who matches Close beat for beat in their scenes together." 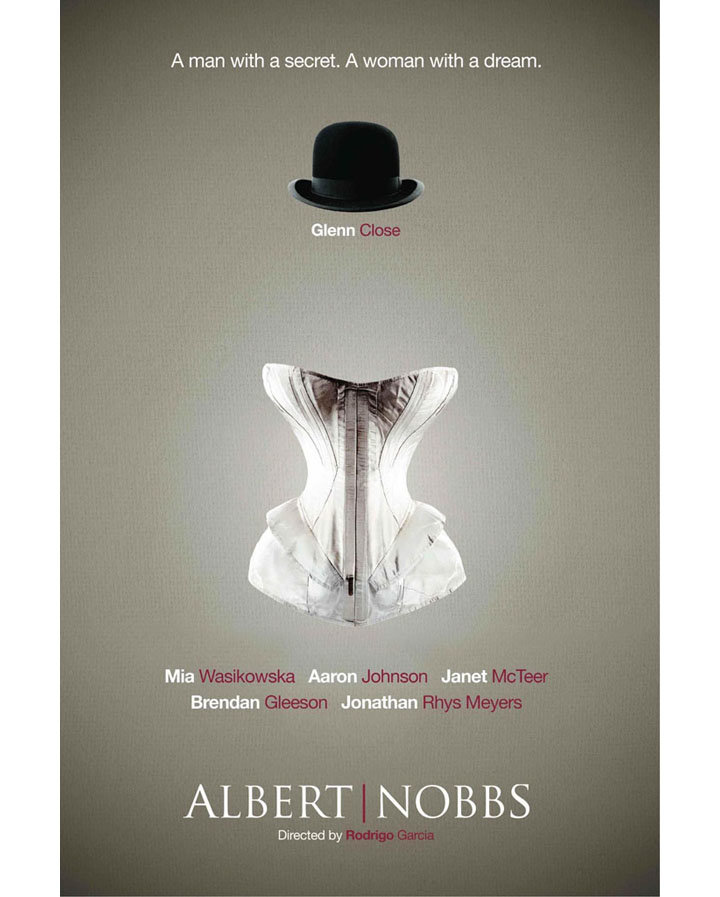 Update, 9/5: Marlow Stern talks with Close for the Daily Beast.﻿

Update, 9/6: "Like much of García's earlier work," writes Peter Debruge for Variety, "Albert Nobbs is corseted into an intellectually conceptual format where the ideas prove far more engaging than the execution. As such, the Nobbs we meet onscreen is not so much a character as a construct, so repressed that the film's lone emotional breakthrough occurs during a scene in which the usually joyless Nobbs, who hasn't worn ladies' attire in decades, finally dons a full-length dress and runs free on a deserted beach. It's an exhilarating moment in an otherwise claustrophobic piece that offers ample opportunity to admire Close's performance but little reason to identify with her character's fate."﻿

Update, 9/10: "With an ending that aims for tragedy but ultimately makes the entire journey we've taken with Albert moot," writes the Playlist's Kevin Jagernauth, the film "delivers a cross-dressing drama that plays it disappointingly straight."﻿

Update, 9/12: "Close is, obviously, terrific," writes the Guardian's Catherine Shoard, "and the gradual stripping off of her layers of artifice is highly affecting and artistically justified, as well as machine-tooled for the awards showreel. What makes Rodrigo García's movie more than the sum of just one part is the space and time devoted to the supporting cast, from Pauline Collins's flirt of a landlady to Brendan Gleeson's boozy hotel doctor. Janet McTeer, too infrequently seen on screen (though she's also in the forthcoming The Woman in White) is astonishing as the painter, and Mia Wasikowska adds more heart to the dimpled maid role than it requires."﻿

Updates, 9/13: The AV Club's Noel Murray: "Does she love Wasikowska? Not really. Does she need Wasikowska in order to open the shop? Probably not. So why waste her time pursuing her? Albert Nobbs never satisfactorily explains that, which means that while Close's aspirations toward normality are touching, they're also frustratingly abstract."﻿

Mekado Murphy talks with Close for the New York Times.﻿

Dana Harris talks with Close and McTeer for indieWIRE.﻿

Albert Nobbs now moves on to San Sebastián and Toronto.﻿ If you're headed to Toronto, tiffr is a simple yet powerful way to schedule your festival.﻿ For news and tips throughout the day every day, follow @thedailyMUBI on Twitter and/or the RSS feed.﻿