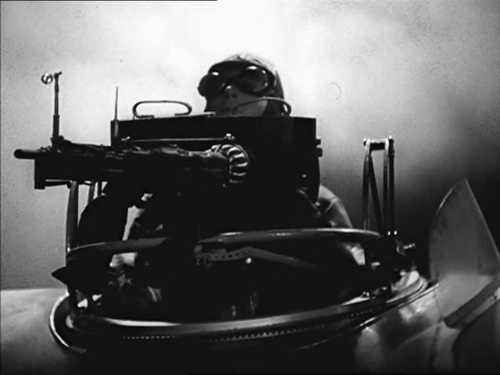 Apart from the innovative films of Gremillon and Ozep, and the super-epics of Raymond Bernard (available from Criterion), Pathé﻿-Natan produced a lot of slick commercial properties decorated with much the same kind of melodrama and glamor as Hollywood movies of the era.

L'équipage﻿ (1935) was one of the last Pathé﻿-Natan productions before the studio went bankrupt amid charges of swindling and mismanagement, and they spent lavishly on it. By now, the influx of German talent that had contributed much to the style of French cinema had become a massive flood, as the Nazis had banned Jews from working in cinema. A talent exodus resulted, and Paris was the first stop for nearly everybody. And so Anatole Litvak, eventually bound for Hollywood, pitched up in the City of Light, where, for instance, he made Mayerling (1936) with Charles Boyer and Danielle Darrieux, now the best-known of all his European films. But the previous year he'd made a fine movie less well-remembered, from a novel by Joseph Kessel (Belle de Jour)...

L'équipage﻿﻿ is a glossy, star-studded package, balancing the melancholy of wasted lives with illicit sex and emotional torment. A terribly young Jean-Pierre Aumont, on his way to war, embarks on a passionate affair with the beautiful Annabella (at her most chic). But later he discovers she's the wife of a comrade, Charles Vanel, his flying partner and best buddy.

The situation is exacerbated by the fact that Vanel (perhaps the studio's most-used star), is something of a pariah in his squadron, regarded as jinxed, since so many of his co-flyers come back riddled with bullets. When Aumont takes pity on him and volunteers to fly with him, they find themselves a successful team. Only then does Aumont discover that Vanel's beloved wife is his mistress. 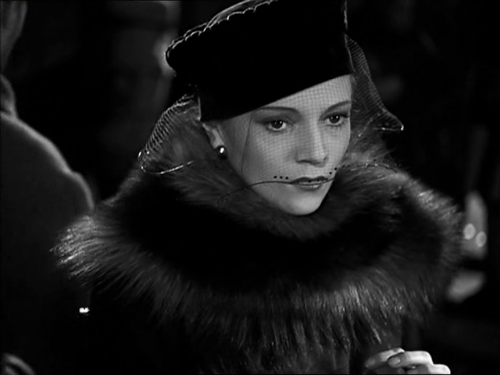 Vanel brings his usual hangdog gravitas, adding an unlikely puppyish quality: he seems so vulnerable, so easy to hurt, it breaks your heart. His hands are continually clasped before him in anxious imprecation. Aumont is  soulful, the pain outwardly concealed yet smoldering in his eyes. The glamorous Annabella has the most potentially thankless role, since her character has to selfishly demand that Aumont continue the affair after he finds out who she is. It's a struggle, but the actress manages to retrieve a shred of sympathy. 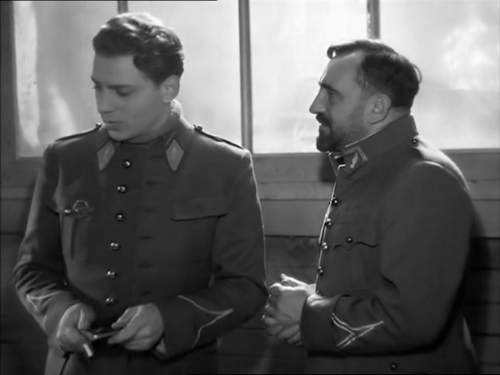 The WWI backdrop is expensively rendered, and aerial combat is rationed towards the climax to make it really count, but when it occurs it's gripping. Litvak's direction is typically fluid and efficient: his camera glides discretely through the officers' mess, at one point floating towards an open window until the room disappears, replaced by the foggy field outside, across which a single figure paces...

Litvak may be an underrated director not because of any weaknesses in his best work, but because even in lesser movies his professionalism is consummate. He seems to invest equally in everything, which could be the mark of a hack. But the sensitivity he shows with strong material lifts him far above average, and the climax of L'équipage﻿ shows him at his best, perfectly balancing the elaborately choreographed action heroics with the love story. It deserves to take its place with his Hollywood triumphs such as Sorry, Wrong Number and The Snake Pit, which achieve a rare emotional intensity through an unusual mixture of restraint, concentration and conviction.