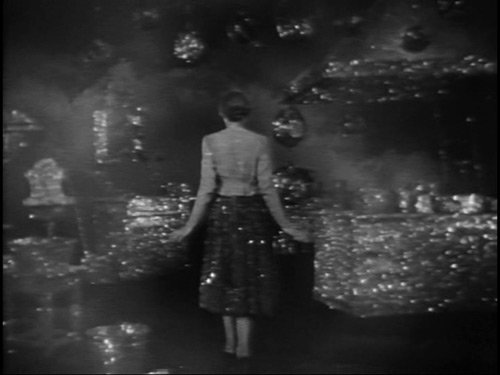 Pál Fejös, filmmaker and ethnographer. In Marie, légende hongroise (Marie, A Hungarian Legend, 1933), he gets to combine the two disciplines, at least somewhat, with a movie which not only takes its story idea from a Magyar folk tale, and attempts to illuminate folk customs and social attitudes in Eastern Europe, but has a soundtrack, largely composed of source music performed by characters in the film, based on traditional music.

Of more intense interest, however, is Fejös's own idiosyncratic style, his novel approach to the talking picture, the startling performance of his leading lady, and the surreal-circular narrative he creates. 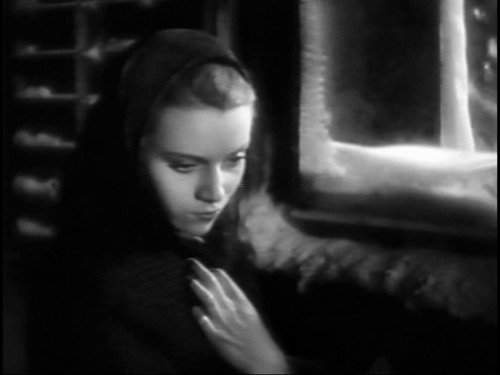 First off, the style. Fejös, who had worked in Hollywood, nevertheless has a more fragmentary approach than we're used to seeing. His scenes typically exploit many angles, which are shuffled around and recycled obsessively: Fejös milks his inserts until they squeak. This can be very productive: a statuette of a gypsy girl and a statue of Madonna and Child acquire different resonances each time they pop up. The montage is undeniably rough-hewn at times, far from the precision of Eisenstein. Fejös manages to muff the presentation of a bit of sleight-of-hand so badly that we can't see what happened (it's alright, though: we've all seen that vanishing thumb trick).

Added to this approach is an avoidance of dialogue whenever possible. The film, made in French and Hungarian versions simultaneously, is one of the later experiments in talking picture form. By 1933, things had pretty much settled down into the "classical" style: wacky ideas like Duvivier's bilingual Allo Berlin? Ici Paris!, in which every German line is translated by a French character, and vice versa, had more or less ceased to appear. Fejös is forced to shoot his few lines of dialogue in discrete close-shots, so the alternate versions of the film can be assembled by quick subsitution, but the real innovation is the use of background atmosphere and source music to populate the soundtrack of what's otherwise almost a silent film.

It's an even purer pantomime than most silents, since Fejös not only avoids relying on dialogue, he actively finds ways to show character interactions in which speech is unnecessary. When Marie loses her job as housemaid because she's become pregnant out of wedlock, her departure is shown by a harsh scene where she packs her belongings, showing each item to her former employer to prove she hasn't stolen anything. 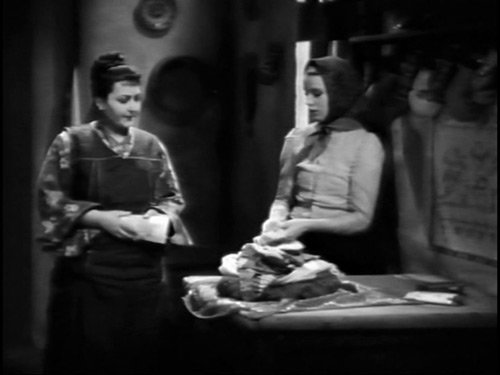 In the role of Marie, the usually-decorous starlet Annabella, who flutters through Rene Clair's Le million in a tutu, and would later become Mrs. Tyrone Power (a part-time position at best, one fears), achieves a startling transformation from Chaplinesque pathos (heaving a half-brick after the chap who knocked her up also suggests early-Chaplin bolshiness) to a state of animalistic degradation and madness. After her illegitimate baby is taken away by the state at the behest of a gaggle of Magyar bluenoses (in a typical Fejös flipbook of snooty close-ups), Marie, in rags, stalks into church in gunslinger death march, head lowered in prototype of the Kubrick Stare, hands clutching at the Madonna's plaster offspring with savage hunger.

And here, as Murnau's The Last Laugh might put it, our story would no doubt end in reality, with Maria collapsing to the floor and expiring, worn out by her suffering. 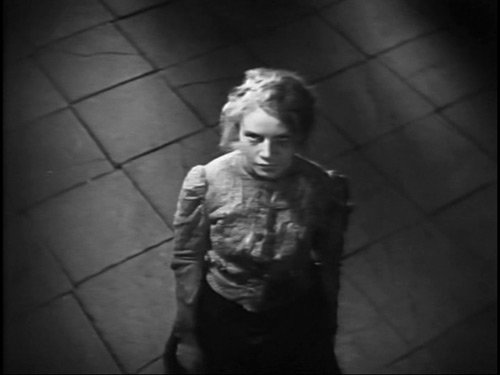 But [and this has to come with a spoiler alert: goodbye to you, plot-centric readers, I hope you can find a copy of the film to experience for yourselves] as with the Murnau, the scenarists have devised a wholly improbable happy ending, with Annabella ecstatically ascending to the wackiest afterlife on record: a great diamante kitchen where she can scrub the floor in a spangly dress, a more glamorous version of her earthly existence. And from this lofty height, she is able to look down upon the Earth and intervene in her own life, preventing her downfall from occurring in the film's first act. How can this work? I don't know, it just does.

Inspired, mad storytelling, a shaky but intriguing montage style, and a strong, shockingly modern central performance: the movie could be seen as the first venture in an entirely fresh school of filmmaking which has yet to appear.