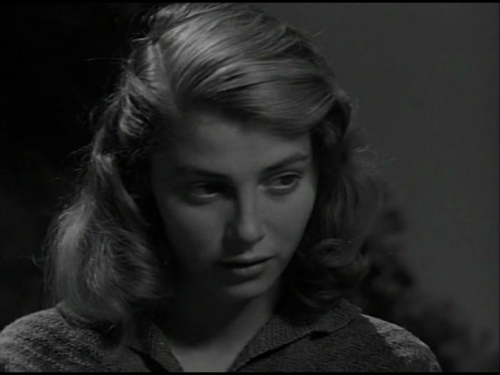 This is part of Fred Zinnemann Week, hosted at Shadowplay.

I've found that, for some people, the classic-status ubiquity of certain scenes in From Here to Eternity or High Noon, plus the damned aura of taste and quality which surrounds an AFI-favored filmmaker like Fred Zinnemann, can be intensely off-putting. I've also found that I prefer some of the director's less celebrated works. In other words, I think he deserves his high reputation, but perhaps for reasons and films that aren't so well-trodden.

One of Fred Z.'s undoubted attributes was an eye for acting talent. If he had only introduced Brando, Clift and Steiger to the screen, he would deserve to be remembered, but in fact he directed the first films of Julie Harris, Brandon De Wilde, Tony Franciosa, William Hickey, Don Murray, Claude Akins, Shirley Jones and Meryl Streep. And he directed early film appearances of Jessica Tandy,﻿ Janet Leigh, Grace Kelly, Wendell Corey, Jack Warden, Henry Silva, Paul Scofield, Vanessa Redgrave and John Hurt. What made this possible was a gambler's instinct and a desire to cast against type, as well as a fondness for directing "real people" rather than experienced professionals.

Although The Search (Monty Clift's debut) might be my favourite Zinnemann, Teresa (1951) is also very fine and even more underappreciated. It contains the screen debuts of John Ericson and Pier Angeli in the lead roles, Ralph Meeker and Rod Steiger in support, and Lee Marvin as an extra. 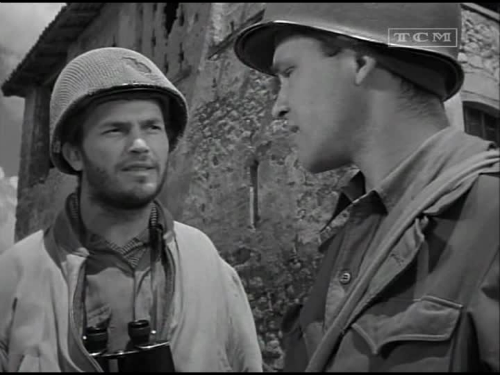 Structurally and thematically, this is a hard film to pin down. Like many of Zinnemann's films, it deals with the aftermath of WWII, but it also deals with the war itself. Ericson plays a soldier who marries an local girl while stationed in Italy, then brings her back to the US to live with his parents.

Ericson's character is undoubtedly the biggest piss-pants to fill a leading role in a non-comic American movie. A wash-out in combat (he panics), he makes a frank, appealing suitor but then a terrible husband, unable to protect his teenage bride from his resentful, domineering mother (the magisterial Partricia Collinge, from Shadow of a Doubt and The Little Foxes). Ericson is driven by fear, fear of being weak like his father (a perfectly decent fellow from what we see, but Collinge despises him) and fear of admitting his true feelings about his mother. 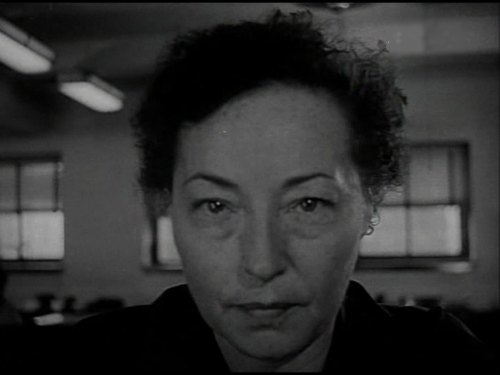 Zinnemann's lead actors are incredibly natural and unaffected, seeming to show sides of human behavior the camera has rarely otherwise captured outside of documentaries. The film's first shot, a closeup a lady employment office clerk, declares the film's realist intentions: her face is shockingly un-made-up, all freckles and uneven skin tone, and her attitude is cold and harsh. Time and again in this film, fresh young actors are bumped up against real soldiers and nurses and clerks and compelled to be as real.

The film's great discovery was Pier Angeli, who would later be restyled by MGM and turned into a glamor girl, robbing her of much of her unique appeal. As the shy, tender, humorous and innocent Teresa, she's incredibly sexy partly because she's so real. On the one hand, the sultry Italian teen is the stuff of male fantasy, but her very physical presence, and her lack of actorly mannerisms and cosmetics make her powerfully convincing. You get that quicksilver effect where one facial expression is forever morphing into another, all the muscles are doing their own thing, not consciously trying to express anything, just reflecting all the thoughts and feelings zinging around inside her lively young mind. Later, Angeli became a very good actress, and something was lost: it would be crazy, or at least startling, to compare Zinnemann to Bresson, but both exploited the unique properties of the screen virgin. Bresson aimed for an absence of expression, Zinnemann wanted that uncensored behavior that comes when somebody really has no idea how they come across. 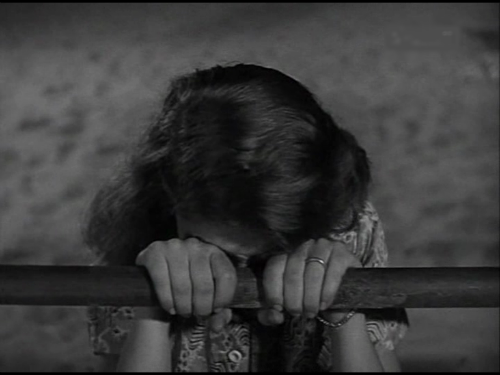 Zinnemann had been invited to make a film addressing the issue or war brides, in rather the same way he'd been invited to tackle war orphans in The Search. On that movie he'd found his way into the subject via his screenwriter's suggestion of focussing on a single child who has forgotten his identity. The writer on Teresa, Stewart Stern (whose other credits include Rebel Without a Cause and Dennis Hopper's The Last Movie), didn't supply himself with such a steady plot motor, resulting in a movie with an odd framing structure and a kind of lurch between a long section in Italy and a longer one in New York. Without the landmarks of a conventional structure, the screenplay leaves its audience adrift in time, engaged in what's going on (the behavior, from both a writing and acting viewpoint, is awfully well observed) but unable to tells where it's all going or when it will end. This is pretty risky, but it has a very refreshing effect here. The movie feels more like a product of the New Hollywood cinema of the 70s: naturalistic performances, unheroic characters, fragmented narrative, meandering story, real locations, intractable problems which resist easy resolution.

Having survived the war, our young hero nearly loses his wife because he can't stand up to his mother. She undercuts his confidence when he tries to earn a living, because she's afraid he'll move out if he gets a chance. In the end, only the birth of a child gives the couple a fighting chance of making it.

For this hopeful but inconclusive ending, Zinnemann filmed in the real Bellevue hospital. The actual nurses all look really pleased to be in a film: it may not be the strictly correct mood for the scene, but it's an authentic emotion. The fathers line up and are allowed a momentary glimpse of their offspring through a tiny window, and they look grateful to get it. Scenes like this smoothly integrate observational documentary into a fiction film, without making one look ragged or the other contrived. Remember that Zinnemann began as an assistant on People on Sunday, and then worked briefly as assistant to Robert Flaherty, soaking up his stories over beer at the Adlon hotel. Remember also his first feature film, Redes (The Wave, 1934), recently restored by Scorsese's World Cinema Foundation, an innovative attempt at neo-realism in Mexico before Italian neo-realism had even been conceived of. 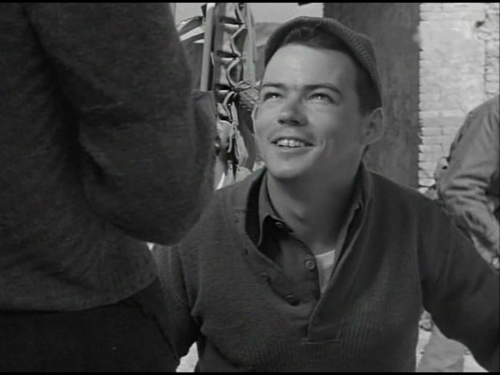 All of that background bursts through the seams of Teresa, supposedly a prestigious MGM social conscience film, where messy oedipal emotions, bombed-out Italian locations, real street kids and GIs (including cartoonist Bill Mauldin, a screen natural with his odd, alert features, like Russ Tamblyn disguised as a chipmunk), New York bustle, herky-jerky narrative relocations and time-shifts, language barriers and emotional inarticulacy all crash together, conducted by Zinnemann to create an almost-smooth experience rather than what might have been white noise.

Ericson never made it to stardom, and Zinnemann blamed his debut film for introducing him as such a vacillating character. Pier Angeli went through a brief phase as an up-and-comer, faded out, and killed herself. Too many things went wrong for her.

"If I do not marry a man that I love, I do not think I will be very good. I think I would be very bad."

"And what if you loved him?"

"I think I will be very good."

"Because I am very capable of love."