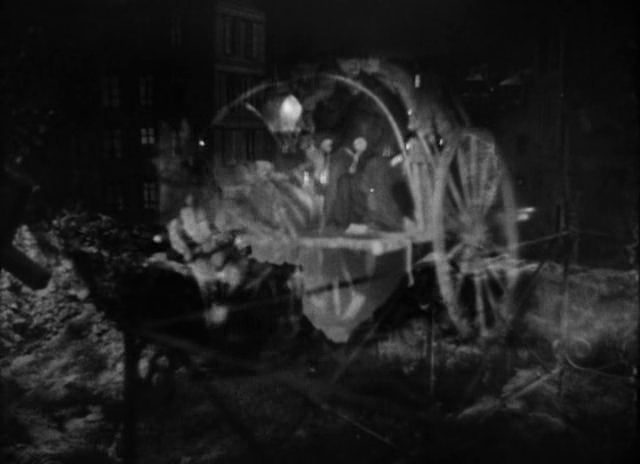 Victor Sjöström﻿'s The Phantom Carriage is a fine festive movie, based as it is on the idea that whomsoever expires at the stroke of midnight on New Year's Eve/New Year's Day, will be doomed to drive the Death Coach for the following year, collecting the spirits of the dead and delivering them to their reward. Cheery stuff!

Sjöström﻿﻿ serves up a wintry gloom and plays the lead role himself in grand style: I particularly relish a moment when he laughs in the face of a woman bent on his salvation, not in the silent movie manner of holding his sides and vibrating, but merely by baring his teeth. You can hear that dry chuckle!

In 1939, Julien Duvivier remade the film for sound, with a big budget and the best the French studios had to offer, which matched Hollywood's artifice icicle for icicle: 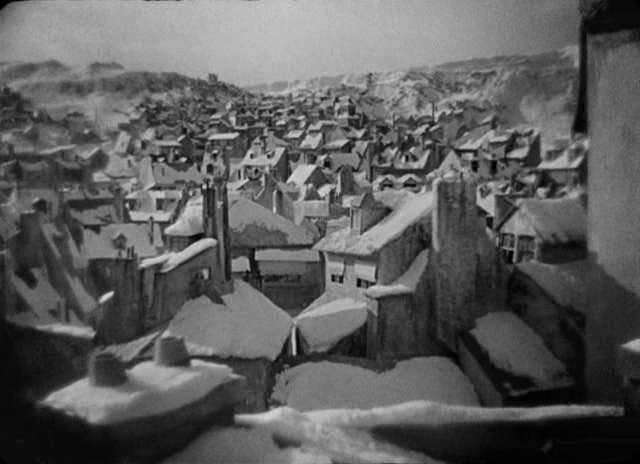 We track across this huge, detailed miniature, enjoying the way the little buildings pass before one another in seried layers, and then find ourselves on an enormous  life-size set, without a cut. 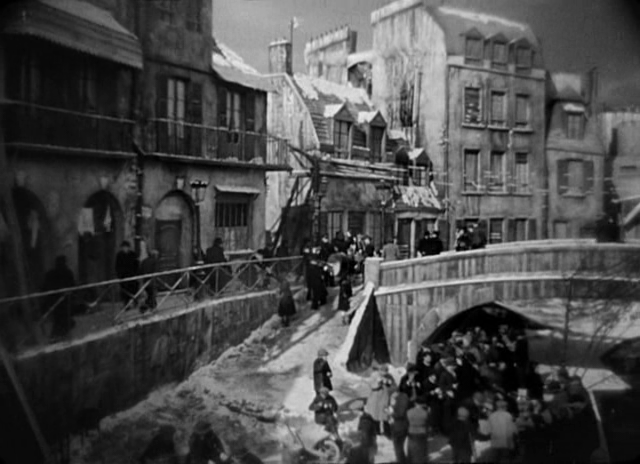 Pierre Fresnay and Louis Jouvet, both of whom would shortly be starring for Clouzot in Le corbeau and Quai des Orfèvres﻿ (another gritty seasonal favorite) take the leading roles, each trying to outdo the other in sonorous growling, and the whole thing perversely yokes epic grandeur, acerbic supernatural drama, pictorial snow scenes and a lugubrious religious message.

Trivia department: the Death Coach also appears in Disney's blarneyscopic Darby O'Gill and the Little People, where a character gives its Gaelic name incorrectly: what he actually calls it translates as "the Deaf Coach." Irish filmmaker Paul Duane told me this, and suggests that some Cockney crewman must have asked an Irish consultant, "Ere mate, wot's the Irish for deff coach?"