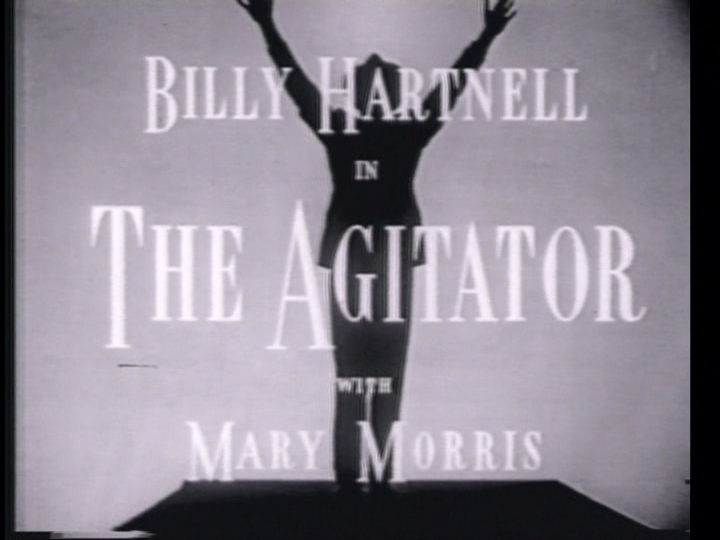 Even back when Britain was an industrial nation, films about industry were relatively rare: audiences who worked on assembly lines presumably wanted to look at something more glamorous on their night at the pictures. In Saturday Night and Sunday Morning (1960), Albert Finney snarled, "Don't let the bastards grind you down," a neat encapsulation of the working man's political philosophy, whereas I'm Alright Jack (1959) took a dismayed view of the hostile stand-off between Capital and Labor. That Boulting Brothers satire may have adopted a "plague on both your houses" stance, but in fact its sympathy was with management. 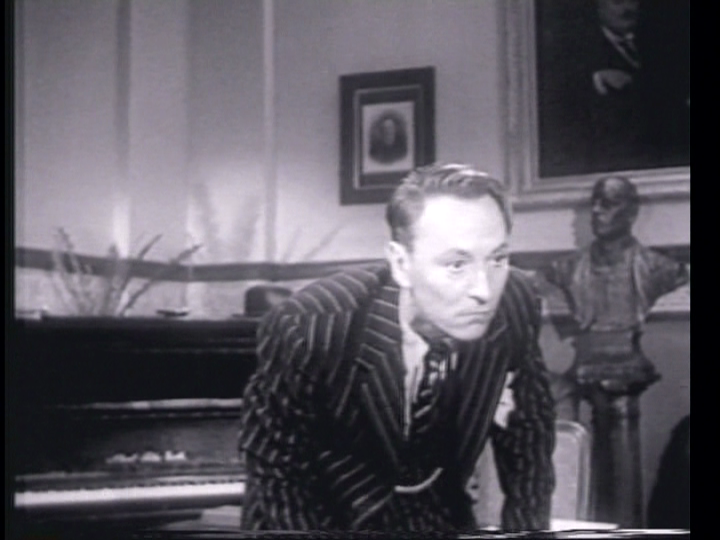 The Agitator (1945) is the product of a gentler age: it tries to be sympathetic to everybody, but again there's a hidden conservative bias. Still, as the product of a generation who had just won the war and were looking forward, some of them, to a bright socialist future of free education and health care, it does tiptoe close to being forward-thinking at times, before shuffling back to safety like a toddler playing in the surf. The miracle is that it was made at all.

The director is John Harlow, prolific maker of mainly thrillers, few of which are distinguished, though they have their nostalgic appeal. More excitingly, the star is William Hartnell, an unconventional British leading man (is there any other kind? Trevor Howard looked like a tipsy iguana, Roger Livesey's face was soft as a snowman's, John Mills always looked like he was going to cry) who was the first star of Dr. Who on television and had the title role in Carry On Sergeant, the first Carry On film.

You see Hartnell in supporting roles in big films occasionally, as in Hell Drivers, as part of an amazing line-up of testosteronic truckers (Stanley Baker, Patrick McGoohan, Sean Connery), or Brighton Rock. When Dr. Who was filmed, he was considered an insufficient box office attraction and Peter Cushing got the role, playing it as a kind of Hartnell impersonation (the idea that the character could change his appearance had not yet been introduced).

In 1945, he had just scored a success playing a tough sergeant (an association referenced in his later Carry On) in Carol Reed's classic war film The Way Ahead (a.k.a. Immortal Battalion). The idea of trying him out as a lead was a sound one, but his role in The Agitator seems suited to a younger man: Hartnell, at 37, already seemed older than his years.

Hartnell plays the titular tub-thumper, a grousing factory worker nursing a grievance: he believes his father was robbed of the rights to an invaluable invention by the factory owner's father. When his complaint is published in the paper, the elderly industrialist investigates and finds it somewhat justified: the invention, which made the factory a fortune, was paid for with just a single £100 gratuity. 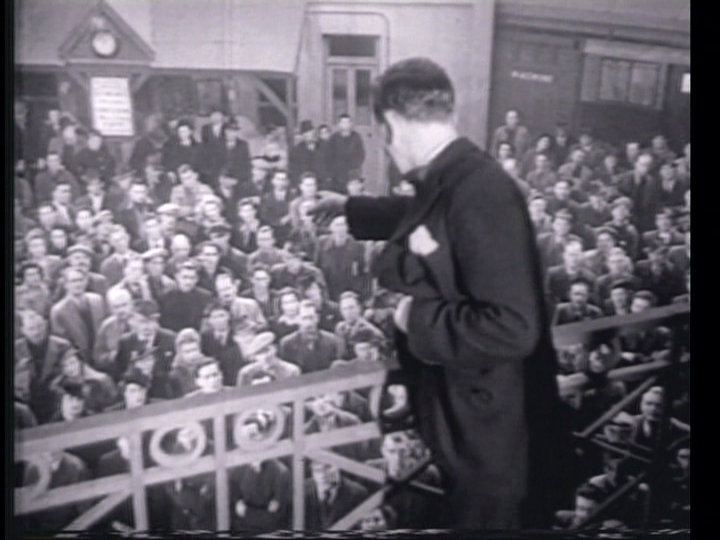 Now we enter the fairy-tale world of King Ralph, as the owner leaves his entire fortune to Hartnell. At first, the proud socialist is reluctant to become a capitalist, but he takes on the role thinking he can give his former colleagues a better deal. Here's where things get interesting. Hartnell receives nothing but grief from the workers, who regard him as an upstart and a class traitor and assume that his lack of business training will eventually cost them all their livelihoods.

The thing is, as the film plays out, they're right: Hartnell is a blowhard who tries to accomplish all his goals by shouting at them. It's a rather wearing performance, though the actor has fascination when he's allowed to simmer down: fast, precise body language (rather like Cushing's, in fact) and strangely Chinese eyes which add a feminine touch to his aggressively manly performance. 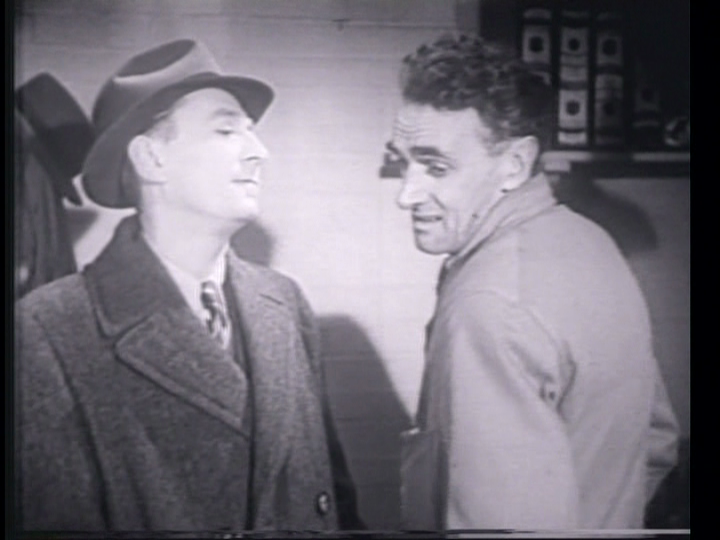 The best turn in the film is from John Laurie, perennial supporting player (The 39 Steps, The Life and Death of Colonel Blimp) as a foreman who sets himself against Hartnell's loudmouth boss. Laurie manages to restrain his more Shakespearian tendencies and creates a memorable sardonic stick of a man, his quiet irony a nice contrast with Hartnell's sweaty bluster. The two even get a fist-fight, which Laurie implausibly wins.

The patrician factory owner, symbol of the status quo, is so lovely and kind and painfully honest, and Hartnell such a dick, that one braces oneself for an ending in which the capitalists step in and restore the rightful order, but the film attempts to please everybody: Hartnell withdraws from power until he can gain wisdom (is he going to business school, a monastery, or what?), but he places control in the hands of the foremen and department chiefs who had tried to advise him. The workers controlling the means of production?

The Agitator isn't distinguished by directorial imagination of any kind, and the script bodges too many tough questions, but it's unusual in its subject and in its willingness to disturb viewers of various political allegiances. And somehow it compels interest, perhaps as a record of a brief moment when British cinema took an interest in large social issues and was prepared to use unsympathetic characters to explore them: a fleeting precursor to the committed filmmaking of the sixties.