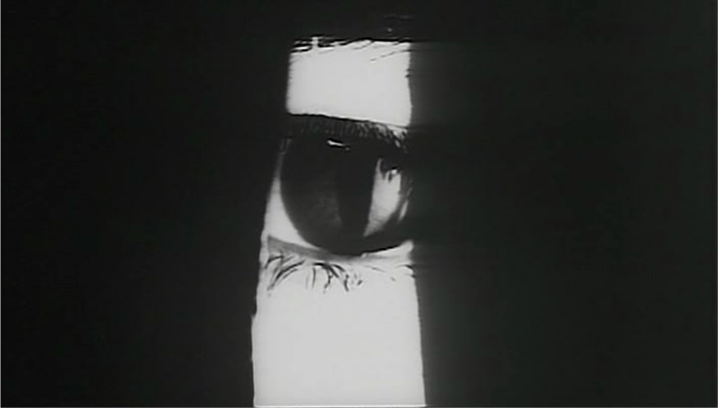 Hotels are cinematic. First of all, they are perfect microcosms, whether of a nation or of the world. Also, they work as a metaphor for cinema itself: a space where individuals, couples and families check in briefly, abandoning their regular life to be somewhere else. In La donna del lago﻿ (The Woman in the Lake, 1965) writer-directors Luigi Bazzoni and Franco Rossellini set their mystery in a hotel by a lake, where the writer protagonist soon finds himself lost in a narrative labyrinth, unable to tell fantasy from reality. Here, the hotel is like a projector (a dark box full of dreams) with the lake as its screen, upon which crazy lies and imaginings are projected.

In other words, this film is a prototype both for the whole giallo genre, and for Antonioni's Blow-Up and its descendants. Yet Rossellini, nephew of the more famous Roberto, and Bazzoni, brother of the less famous Camillo, are rarely discussed. The former never directed again, concentrating on line producing (Caligula, City of Women), but Bazzoni, while far from prolific, chalked up a couple of spaghetti westerns with interesting casts (Kinski, Palance, Tina Aumont), before checking into another spooky hotel at the end of his career...

It's worth noting that one of the film's co-writers is Giulio Questi, whose career charts similar outlying regions of weirdness to Bazzoni's, from the apocalypric mayhem of Django, Kill! to the downright unclassifiable insanity of Death Laid an Egg. I bet Luigi and Giulio had some fun together. 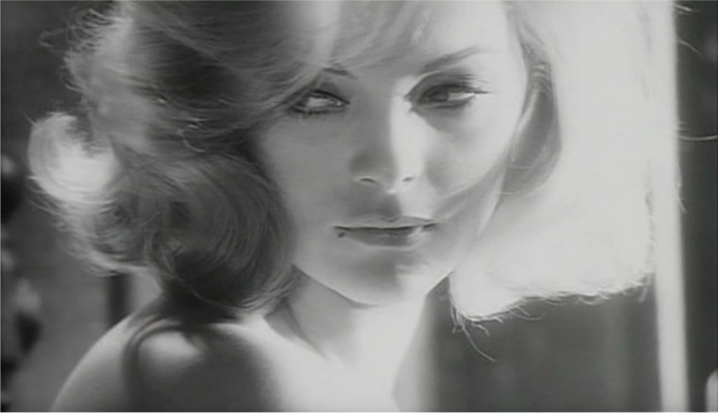 Novelist Bernard moves into an old-fashioned hotel in a little town he has visited all his life, bearing unspecified emotional baggage, and outlining his next writing project—like Jack Nicholson in The Shining, although as he notes, "One never writes the novel one intended." Instead, he becomes trapped in a paranoid story triggered by the suicide of a chambermaid (Virna Lisi)...or was it murder? Brilliantly, the film doesn't supply any compelling reason to suppose foul play, it just lets the unravelling hero carom from one crackpot theory to the next, accepting tip-offs from dreams like Agent Dale Cooper, and reveling in over-exposed, high-contrast flashbacks pitched somewhere between Hitchcock and Marienbad.

The final revelation of madness and murder is almost disappointing, since it closes off at least some of the crazy suppositions, and seems to affirm that something really was going on outside of the hero's delusions. But the aimless, hallucinatory midsection of the film is an absorbing, woozy trip, continually offering up glittering, dreamlike visuals. 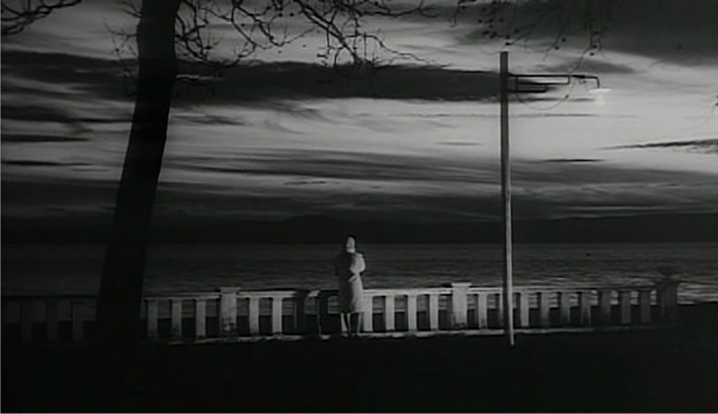 Those who prefer their conundrums insoluble had best skip to Bazzoni's Le orme (Footsteps, 1975), an unclassifiable oddity which blends Antonioni anomie perfectly with the trappings of the psycho-thriller. Except there are no murders, no leather-gloved killer...the heroine is on the trail of lost time.

Translator Florinda Balkan reports for work only to discover that she's been missing for two days, having skipped out of a conference on environmental apocalypse. A torn postcard from the Hotel Garma (played by ethereal Turkish locations) and an unfamiliar yellow dress with a blood-stained hem are her only clues. Returning to the hotel triggers a complete switch from the film's steel-and-glass modernity to a stunning otherworldly, timeless world...as Balkan is plagued by dreams of astronauts. 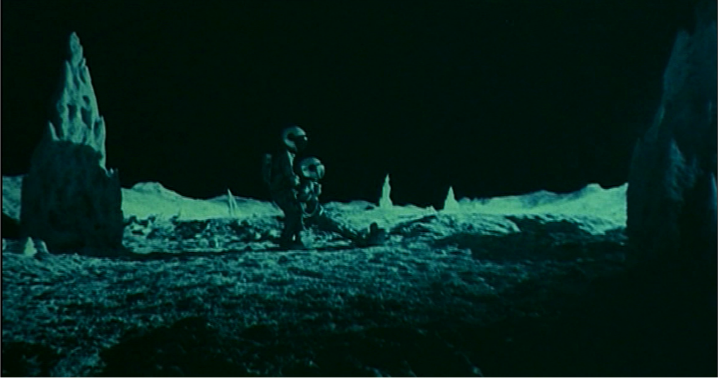 If La donna del lago is too pat, its psychodrama neatly rounded out (despite a character's complaint that the author/hero's work suffers from his desire to understand everything), the full-on delirium of Le orme offers relief via total submersion in non-Cartesian mental chaos, where a certain inscrutable visual logic is the only way to make sense of anything. Photographed by Vittorio Storaro, it easily trumps Giornata nera per l'ariete﻿ (a.k.a. The Fifth Cord, 1971), another Bazzoni-Storaro giallo collaboration—in the skewed, free-association plotting of the Italian thriller, too little logic is probably better than too much, and a movie which simply piles mystery on mystery may be ultimately be more satisfying (because it's utterly unsatisfying) than one which pretends to wrap things up. Here, the viewer must act as detective-poet, finding the resonances in a stained-glass peacock, funereal organ music, a lunar landing craft, and Klaus Kinski in charge of ground control...

The wrap-up arguably imposes some kind of logic by way of a single superimposed title, but stare at the screen a minute and you'll start to wonder whether any questions have been answered at all. And then maybe just decide to ignore the title and invent your own answers. Or your own questions. 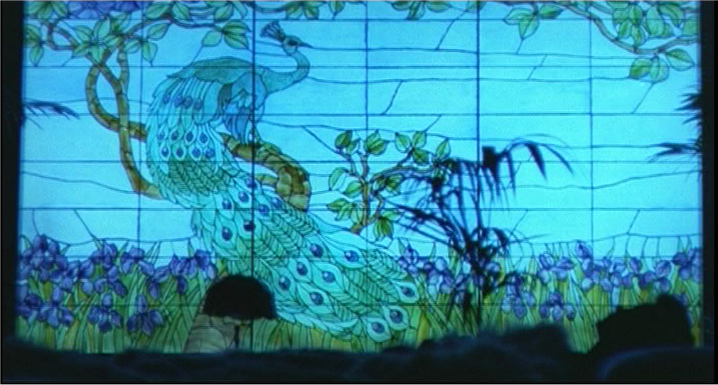