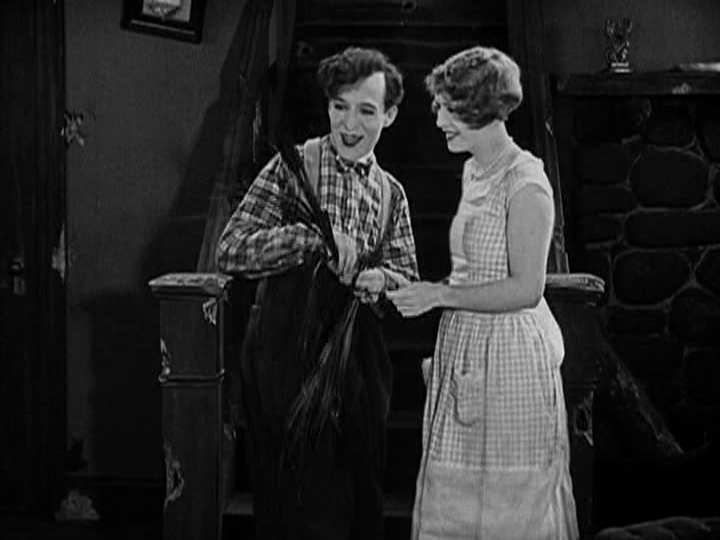 Charley Bowers is remarkable not as a silent comedian, which is what he principally was. A bit like Harry Langdon, but blander, lacking athletic grace or much daredevil prowess (despite his supposed circus background), he could be said to have earned his decades in oblivion by failing to create a distinctive character onscreen. Bowers' true talent lay in filmmaking animation and visual effects, and also in surrealism, which is what he used those skills to create.

Now You Tell One (1926) is set in a club for liars, and illustrates a number of tall tales, allowing Bowers the actor to step into the background for much of the action. The opening skit shows 47 elephants marching into the Capitol Building. We know, of course, that no short subject could mobilize so many pachyderms like Hannibal, so we assume that the special effects artist has multiplied the number of beasts, probably starting with just one. But it certainly looks as if at least one elephant is marching into the Capitol Building. After some consideration, I've reached the conclusion that even though the building and the elephant both seem totally authentic and no dividing line is visible between them, this too is probably a special effect. Nobody's that democratic.

For the true uncanny, we have to study the skit where a man disguises himself as a hat, crouching within his raincoat and then shriveling up, via a series of stop-motion rumples, until every part of his body has withdrawn under the brim. This kind of material, if we were going to relate it to anything, summons up the curiously disturbing claymation maggot that wiggles through Eraserhead, a bit nobody talks about but which I was pleased to hear comic book writer Grant Morrison describe as his favorite, since it so perfectly captures the unconvincing but undeniable reality of nightmare. 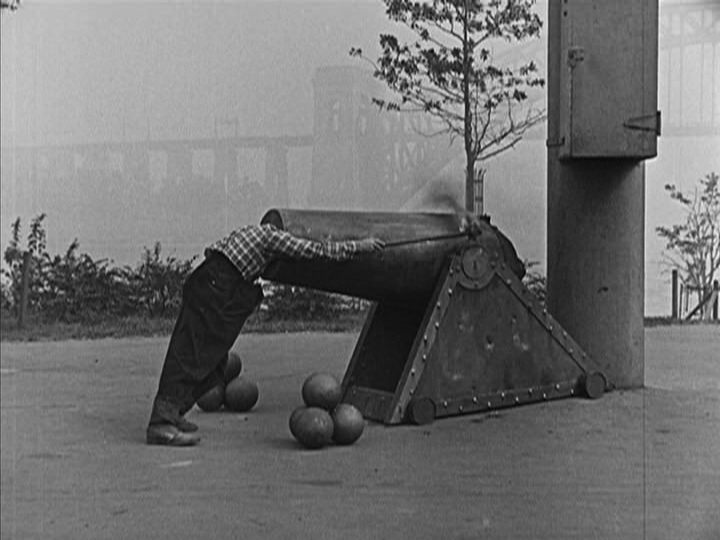 When we meet Bowers, he is attempting to commit suicide by placing his head inside a cannon, but his arm isn't long enough to light the fuse: as a conclusive philosophical statement on the problem of human existence, this is worthy of Keaton. Challenged to explain himself, he tells of his invention, a truly frightening artifact which might have been produced by an unholy marriage between Heath Robinson and H.R. Geiger (is that what the H.R. stands for?). Bowers often played an inventor, and his inventions approach, then skip around, the comical by virtue of being not only improbable but also useless. Making eggs indestructible is only a good idea if you don't think it through. Here, Bowers is creating an all-purpose tree which can grow any food crop. His egg plants come complete with real eggs, and a salt cellar for good measure.

Close-ups reveal the lurid make-up with which Bowers tries to give himself a hearty, man-of-the-people look: its effect is to make him seem even pastier than Langdon. His face is ascetic, intellectual, with a resemblance to H.P. Lovecraft, and he would be perfect casting as Herbert West, Reanimator, another lone inventor who dabbles in crackpot biology.

At the climax of Now You Tell One, a cat laps up Bowers' special growth formula, and in a development as horrifying as the human-headed dog mishap in the 70s' Invasion of the Body Snatchers, a potted plant "gives birth" to an endless array of cats, tribble-fashion. Each cat grows from an undifferentiated ball of fur, lingering headless for a moment before sprouting a mewling face. The only way this sequence won't give you nightmares is if you freeze frame it partway through the growth of a feline: if you do that, you'll never sleep again. 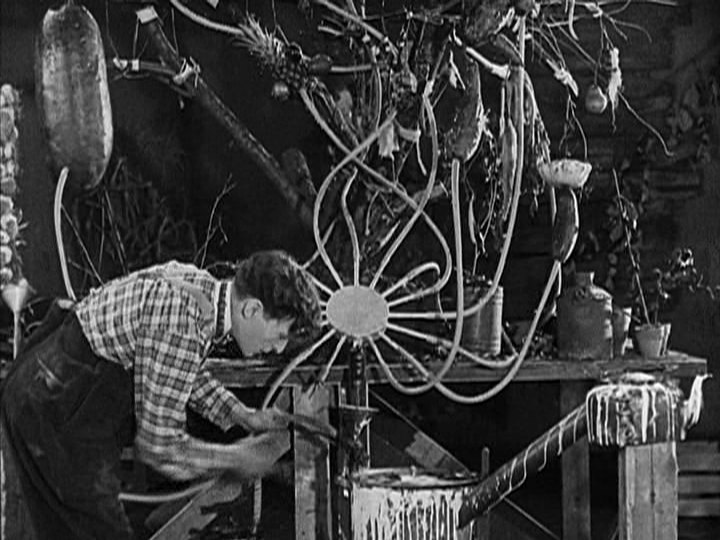 There's a creep factor to old movies which fans of the new shudder at, and fans of the old usually see past, but the eeriness of Bowers' world is a big part of the appeal. The films aren't all that funny, but they attain a rarer quality, approaching the true quality of dream more closely than almost anything else. Bowers was destined to remain obscure despite his enormous, various and quite unique talents: when Buster Keaton's career hit the slide, he worked for Educational Pictures ("The Spice of the Program!"). For Bowers, Educational was the pinnacle of his career.

Bowers made a few films during the sound era, but we don't really know what happened to him, or how he lived, during the years-long gaps in his C.V. A late movie, Pete Roleum and his Cousins (1939), is credited to Joseph Losey, though Bowers provided both the animation and the voice-over. It's a corporate promo about the coming joys of our gasoline-soaked future. Is it the influence of the communist Losey or the surreal prankster Bowers that causes the film to have the bleak, deathly ugliness of a beach after an oil-slick?