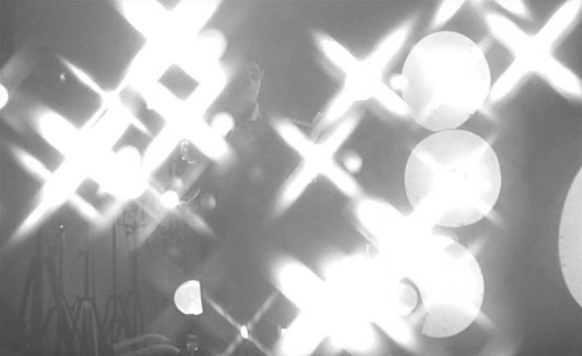 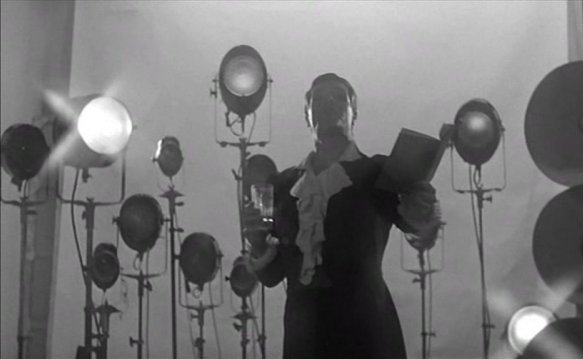 The starburst filter, exploding reality into glistening flares and halations...the clink of brandy glasses before an open fire, or the shimmer of a Los Angeles swimming pool...the device has an aura of dated cliche haunting the lovely tackiness of its images. How strange to see it used in black-and-white in Jean-Gabriel Albicocco's The Girl With Golden Eyes (1961), where it becomes outstandingly beautiful with no hint of kitsch.

Frustratingly, the subtitles (produced by a besotted fan) on my copy of this film are too literal or elliptical or something: at any rate, I can't understand anything that's going on, despite a helpful title crawl at the start setting up the plot, and the knowledge that it's based on one of Balzac's stories of the Thirteen, a group of friends who form a secret society to protect each other's interests (Rivette used Balzac's idea obliquely in Out 1, and directly in Don't Touch the Axe/The Duchess of Langeais).

Still, the images are gorgeous, as are the actors who feature in them: an interchangeable array of chiseled men in sharp suits, and a crowded catwalk of chic women. For once, Francoise Dorleac isn't the most beautiful person on show (she, who made her sister Catherine Deneuve look like a frumpy housewife). That honor falls to Marie Laforêt. 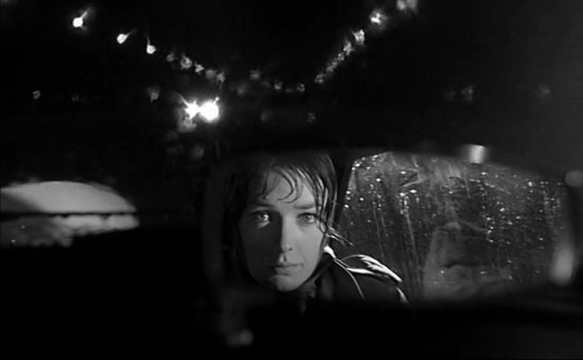 This quintessential sixties beauty, still occasionally active in films, made her debut opposite the equally elegant Alain Delon in René Clement's Plein soleil (1960). I have no idea if she ever modeled, but her beauty was such that filmmakers seem to have instinctively cast her in fashion model roles, as if she was too glamorous to be anything else, even in France. 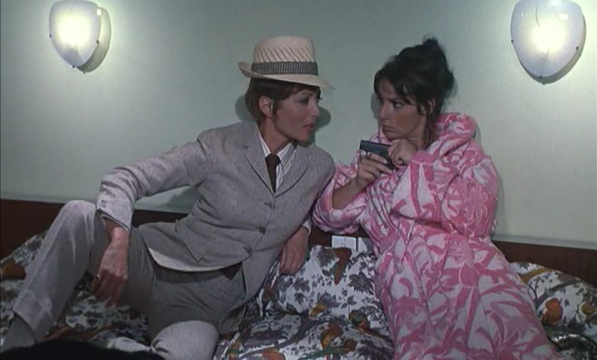 Since The Girl with Golden Eyes would not yield up its secrets, dazzling though the surface was, I turned to another Laforêt movie, in which she shrugs of her air of soulful enigma at least halfway: Claude Chabrol's 1965 romp Marie Chantal contre Dr. Kha. This romp would in many ways make an ideal solo entry for The Forgotten, since the early years of Chabrol's career, which saw him dabbling in whimsical conceits far removed from the bourgeois crime sagas of his mature work, is an under-examined topic.

That great grotesque, Akim Tamiroff, plays the titular docteur, a Mabusian mastermind floating in his own hallucinatory mise-en-scène, adrift from the rest of the movie which, while never less than wacky, at least obeys most of the recognized laws of physics. Tamiroff never seems to touch the ground, sometimes moving in sync with the camera as if they're both riding one vast turntable. I couldn't decide if Tamiroff was dubbed, or had just decided to play the part as if he was. 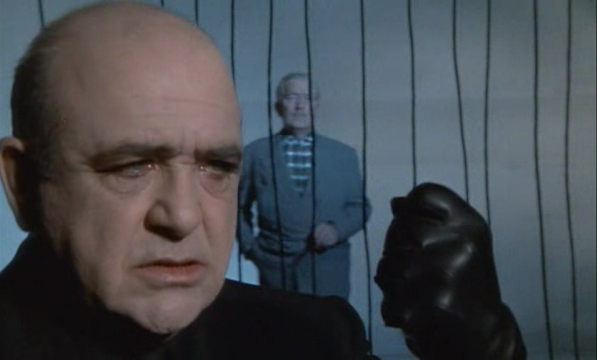 There's no resisting this movie, a lightweight spy romp which reconfigures bits of both versions of The Man Who Knew Too Much (so we open in Switzerland and relocate to Morocco). The general happy-go-lucky airheadedness, under the control of a very shrewd filmmaker, recalls Lester's Help!, released the same year.

The central conceit is to replace the innocent man-on-the-run with a sexy sixties dollybird, supermodel Marie-Chantal (Laforêt), underestimated by all around her, but actually smart as a whip and endlessly resourceful. Laforêt pits her undreamed-of wits against the villainous Dr. Kha, with an unlikely MacGuffin motivating the necessary running about in fabulous costumes, in a film that isn't that interested in plot or character, but mainly in its own flip attitude.

We also get Stéphane Audran as a femme fatale superspy, Charles Denner, painted beige and cast as an improbably American diplomat/agent, and Serge Reggiani as a Russian, shadowed by a little boy who seems to be his superior officer. The leading man is Nazarin himself, Francisco Rabal, and Francois Mitterand's brother-in-law contributes a nifty comic turn. Chabrol himself pops up for one scene, for no very good reason other than to demonstrate that this is the kind of souffle where things happen for no very good reason. Fun is had.

Two movies in the world of fashion: one cultivates a louche air of domino-mask mystery, the other jettisons meaning as ballast, to roil luxuriantly in the shoals of frivolity. Well, how would you rather spend your evening?