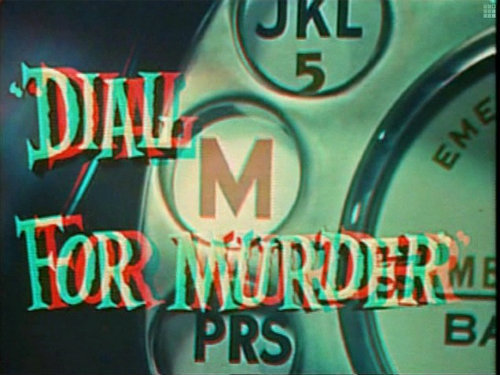 It's irksome that Dial M For Murder﻿, surely the most prestigious film of the fifties 3D cycle, has never been made available in that format on home video. With a couple of pairs of red-cyan glasses thrown in, it would surely shift a good many copies. And I don't think it's part of some smart game plan by the rights holders, waiting for 3D TV to take off; I think it's sheer indolence. And now, with 3D back in the cinemas, a theatrical re-release would also be a sure-fire moneymaker.

As a result of this sluggishness in the commercial sector, and also because I've never been able to catch a cinema revival of the film, it was only recently that I managed to see the film in 3D. Albeit via a fuzzy bootleg, colors muddied by the anaglyph specs, Japanese subtitles hovering between me and the actors... but it was a start.

Anyhow, Hitchcock's subtle spatial games were appreciated—as was the film's odd resemblance to Ozu, of all people: the foregrounding of bottles and lamps to act as pivots for angle changes, a careful mapping of the rooms, Vermeer compositions peering through doorways, and even occasional use of flat angles, especially in those otherwise awkward rear-projected exteriors, which do look a lot better in three dimensions—foreground fences or quaysides running parallel to the frame. Hitchcock never gets into the full mondrian effect of Ozu's grids, but he sets his camera just as low. 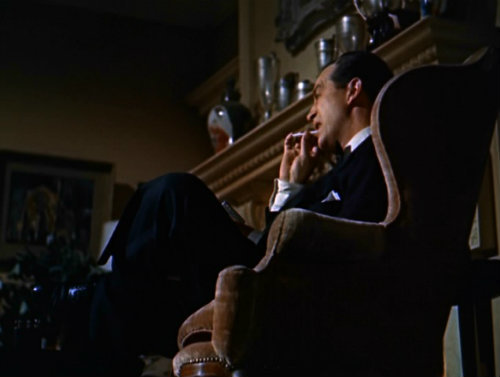 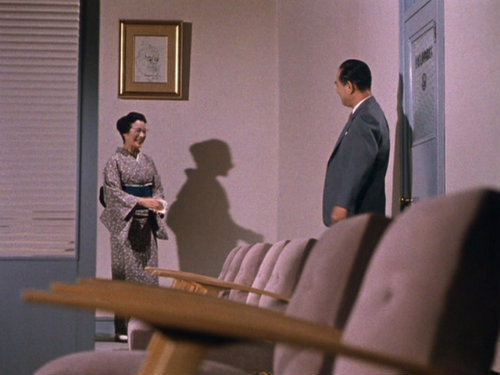 It's not absolutely impossible, I suppose, that Hitchcock had seen some Ozu—he always had a lively interest in cinematic happenings. I'm cheating in this frame comparison by using colour Ozu movies which hadn't been made yet, of course. But Ozu had already developed most of the compositional and editing strategies which Dial M dimly reflects. 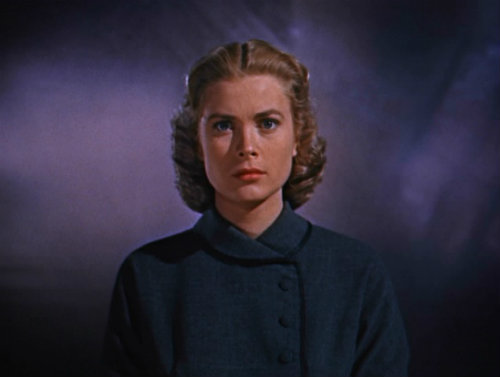 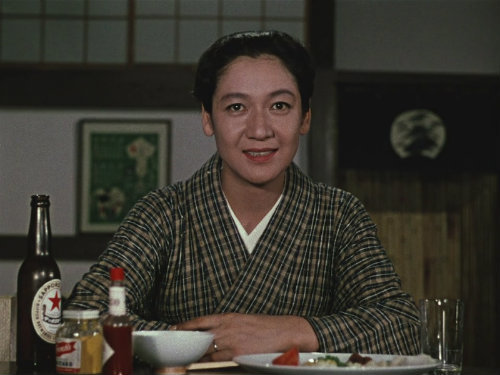 Seen "deep," Dial M abruptly shifts from being a stagebound warhorse of a thriller to something else—a culmination of Hitch's interest in filmed theater, taking cinema a small step closer to the stage, where the physical presence of the actors is all-important; a near-abstract study of space, between walls, characters and things; an experiment in the third dimension as an element of showmanship and dramatic suspense. The long expositional opening, which can seem rather slow and pedantic viewed "flat," afford the Master the opportunity to peruse the action from behind every available lampshade, assembling in the process a kind of cardboard puppet playhouse in the audience's mind, through which his figures move. 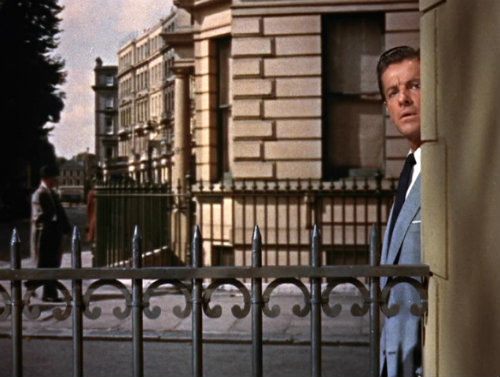 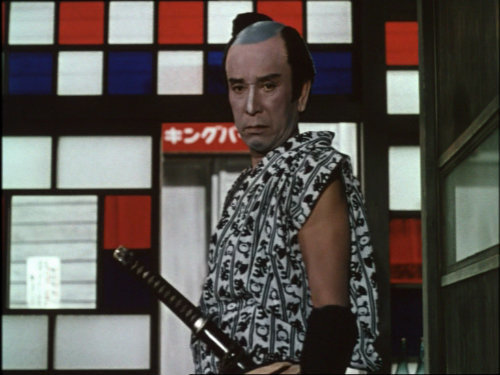 This article, on a film not exactly forgotten, but almost impossible for most people to see as its makers intended, is a contribution to the Film preservation Blogathon. Donate here to a worthy Hitchcockian cause.