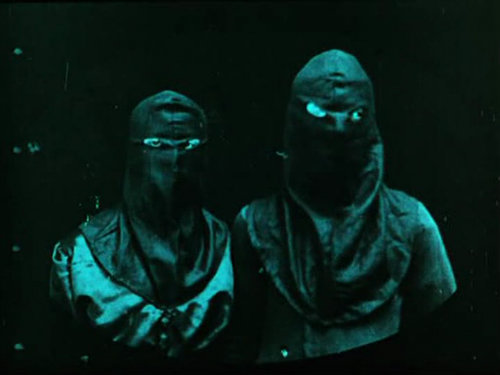 I've long been fascinated by the followers of Fantomas—and how I long to see Zigomar (a.k.a. Zigomar the Eelskin, 1911), directed by somebody rejoicing in the name of Victorin-Hippolyte Jasset, which actually predates the screen adaptation of ﻿Allain & Souvestre's master-criminal. The slippery Zigomar even manages a spectacular escape from the electric chair itself, reverse-rappeling into the ceiling at the crucial moment. 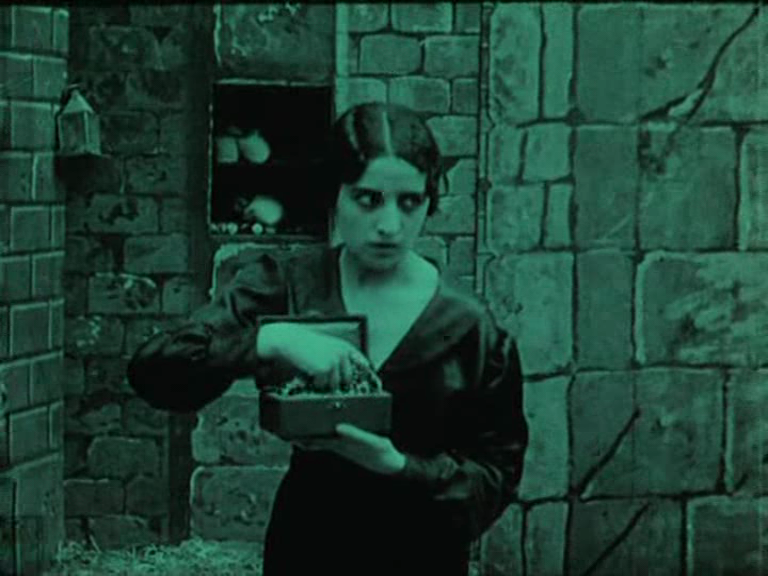 What I have managed to see is La secta de los mysteriosos (The Mysterious Sect, 1914), or those parts of it which survive. Spain's answer to Feuillade, Alberto Marro, serves up an elaborate adventure in Barcelona, with a trio of black-masked desperadoes, known as The Fox (El Zorro), The Heron (La Garza) and The African (El Africano), in search of an ancient Moorish treasure which can only be located when the two parts of an ornamental chain are connected.

Unfortunately, The Mysterious Sect survives only in incomplete form: a German company cobbled the three episodes together and shortened the whole thing radically, and it was this version which was rediscovered and restored. It seems that even the incomplete cut was incomplete on its own terms, so that what remains feels like a collection of lacunae held together by wacky melodramatic imagery. It's hard for such a piecemeal narrative to compel attention in any normal narrative way, so the attraction of the long, episodic fragment becomes that of an accidental experimental film. Recall that when the surrealists viewed Feuillade's films in the 20s, the intertitles had gone missing, making the films even more elusive and cryptic: by some small effort of will, it ought to be be possible to enjoy Marro's films because of, rather than in spite of, its multiple mutilations. Here are some of its pleasures: 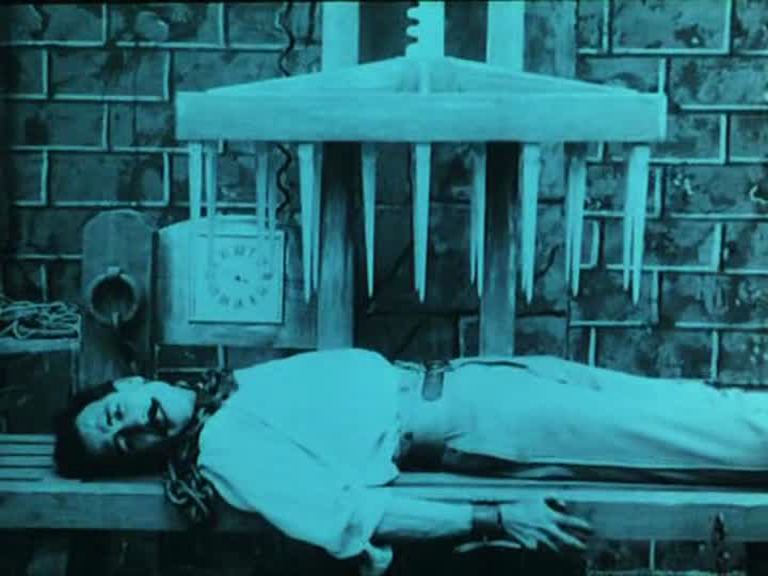 ﻿We first meet our supposed hero, Detective Hernandez, strapped to a table, facing the terror of the deadly lances—a Fu Manchu death-trap of slowly descending spikes, hooked to a ticking clock. We don't see how he got there, and his escape is pretty much undersold too. We never learn how he became involved in the case or why the bad guys chose to leave him in this position.

The scientist, Doctor Plana, who owns part of the MacGuffin chain, keeps a lion in the grounds of his home. Or at least I think he does. But we never see the lion again after its introduction, and after the chain is stolen we never see the scientist's home.

The little heroine Alexia (Spain's answer to Cabiria), daughter of "the Countess of Bellevue," is awoken by a strange noise in the night. But, minus a soundtrack (although I played a crackly old LP of Erik Satie's Gymnopedies for atmosphere), what seems to disturb her slumber is the violent popping of part of the nursery wallpaper, casualty of a rogue bout of nitrate decomposition. At other times, film decay makes the whole image shimmer like sailcloth.

The thieves steal both halves of the chain, leaving a note warning against their being pursued, but for some reason kidnapping Alexia, thereby ensuring that they are pursued. Cue much sloping around in ruined buildings, where hand-painted sets shuffle uneasily around atmospheric location shots, with gloomy/gleaming chiaroscuro reminiscent of Maurice Tourneur and Mauritz Stiller... 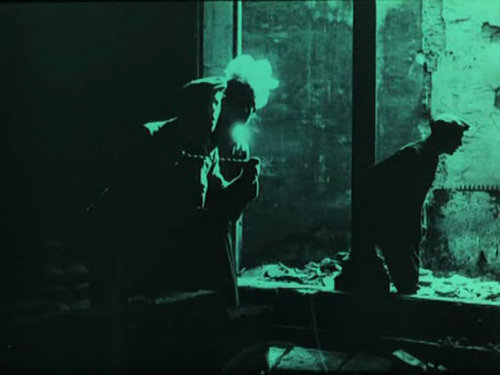 A few moments of conventional suspense are conjured, despite the choppy progression of incidents, but the real atmosphere is of mystery, the mystery of things lurking outside the frame, of action unseen, motivations unexplicated and plot threads left trailing...

The film's grooviest aberration owes nothing to celluloid deterioration or missing footage. In a prolonged flashback, we learn the dark origins of the hidden treasure, part of a backstory involving a romance between Fatma the Moorish Sultana and the Count Bellevue. But Bellevue is played by a woman, the same woman in fact who plays her modern descendant, the Countess, Alexia's anxious mother. Neither actress, director nor costume designer do much to conceal this conceit. 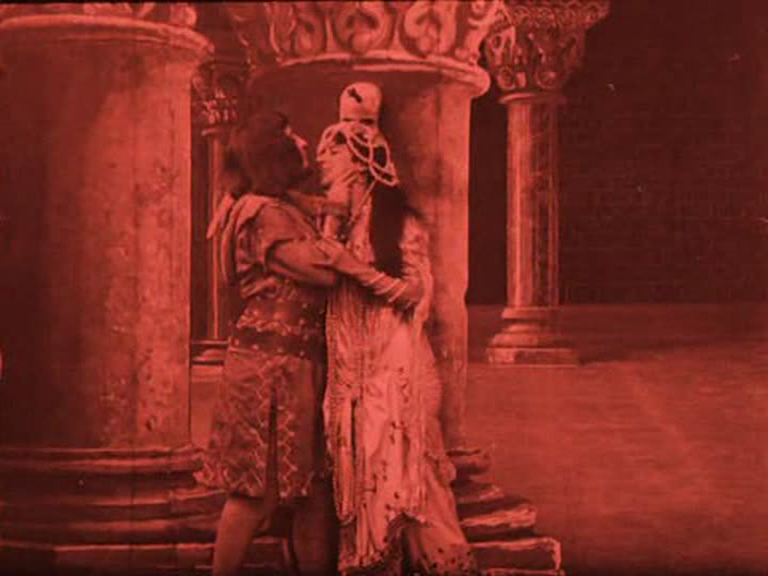 The theatricality of this device is charming, and quite in keeping with the film's penny dreadful sense of melodrama. The ravages of time have contrived to collaborate with the film's inherent quirks to create a kind of gaslit Satyricon, perfect in all its amputated beauty.