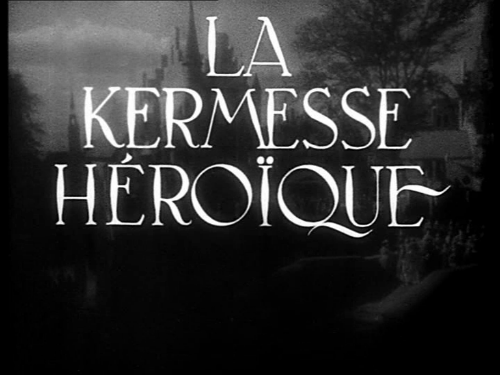 When the British Film Institute was just getting started releasing DVDs, it was a surprise to come across La kermesse héroïque﻿ (a.k.a. The Heroic Surrender, a.k.a.﻿ Carnival in Flanders, 1935), a good, odd film probably not on many people's must-have lists, or at least not until it became possible for them to have it. Happily, the BFI has gone on digging up curios from the past, notably with its Flipside series of obscure British films from the 60s.

Jacques Feyder's film, based on a story by top scenarist Charles Spaak, tells of a Dutch town in 1616, on the even of its carnival celebrations, discovering itself threatened by invasion from the Spanish. The Burgomaster (André Alerme﻿) and the town's most prominent citizens are aghast at the carnage likely to be wrought, and after they describe the rape and baby-slaying in detail, Feyder cuts to a fantasy insert depicting, with both salacious glee and wearisome redundancy, exactly the outrages just described. A combination of Sternberg, at the height of his Scarlet Empress lubriciousness, and Ken Russell, at his most tits-out rambunctious. 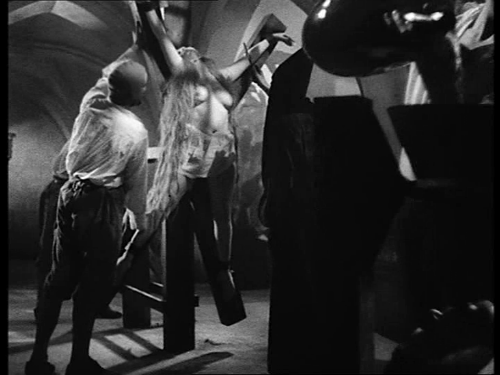 It's an off-beam first act climax to a comedy-romance (not quite a romantic comedy: the moods seem to exist quite separately), but this is no ordinary film. Tonally, it's either a spectacular experiment or a drunken disaster. In a way, the film proceeds towards such obscure goals, with so little regard for generic convention, it becomes impossible to judge by such puny human yardsticks as "success" or "failure"...success at what? Failure by who's standards? What it is is a curate's egg, undoubtedly good in parts, and as for those other parts, they're not bad, so much as unidentifiable. 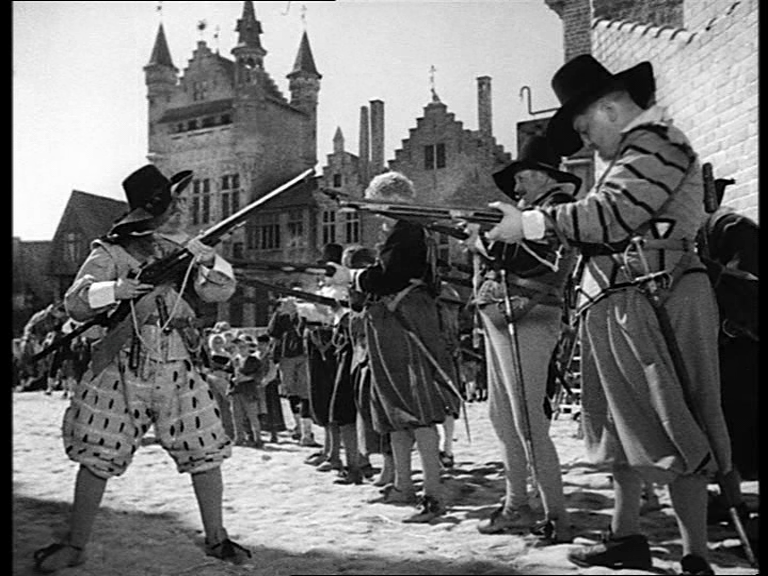 History has cooperated with this movie to pile discomfort upon uncertainty: a French movie, made five years before the occupation, about a country which surrenders joyously to an invading army (whose imagined atrocities are characterized in the manner of WWI anti-German propaganda) is a little close to the bone. This town may be Dutch, and have the elaborate Vermeer costumes to prove it, but everybody in the film is French, including the Spanish (who might be Germans).

Come to think of it, I can't recall anybody calling the Dutch "clog-wearing surrender monkeys." The tragedy of occupation seems to be accepted in the case of Holland, and all the other invaded nations, with only the French getting a hard time over it. They might want to keep quiet about this film. 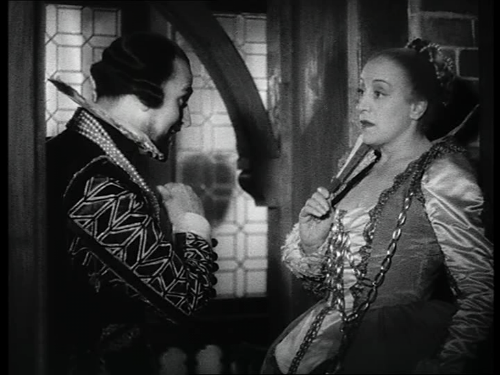 So, the Spanish ride into town to a heroes' welcome. Slightly baffled, they accept the Burgomaster's invitation to a banquet, and the Spanish Duke (Jean Murat) falls in love with the Burgomaster's wife (Françoise Rosay﻿). And the tone turns bittersweet, as these two lovers can never be together...why can't the Duke simply steal her away? Because then the Burgomaster would declare war, and the Duke's come to enjoy the town's hospitality. Peace is Hell.

Of course, the film can't simply allow this gentle romantic tragedy to dominate, so there's also rampant seduction at the dinner table between invaders and invaded ladies, or ladies looking to be invaded. Spanish inquisitor Louis Jouvet (one of France's greatest actors in a low comedy bit part) finds himself suddenly very popular, for a monk anyway. But how can he flirt back? He knows only torture! Fortunately, the ladies love his stories about torture, and thrill to his tales of tying a woman up, slathering her naked body in honey, and unleashing a hungry he-goat upon her. 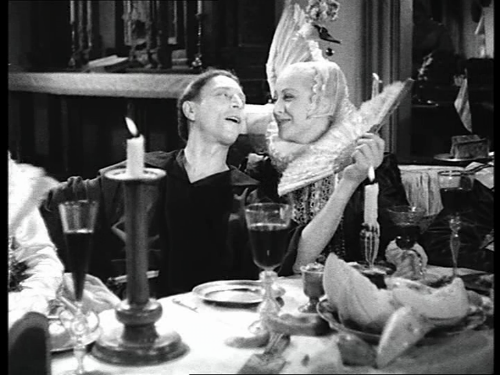 It involves quite a bit of mental whiplash to jolt back and forth between the tender partings and the bestial mind-pornography, and the incautious viewer could easily come away with a badly wrenched brain. Fortunately, the elegant sets of Lazare Meerson (assisted by the equally great Alexander Trauner and Georges Wakhevitch) have a balming effect, as does Feyder's elegant mise-en-scène﻿.