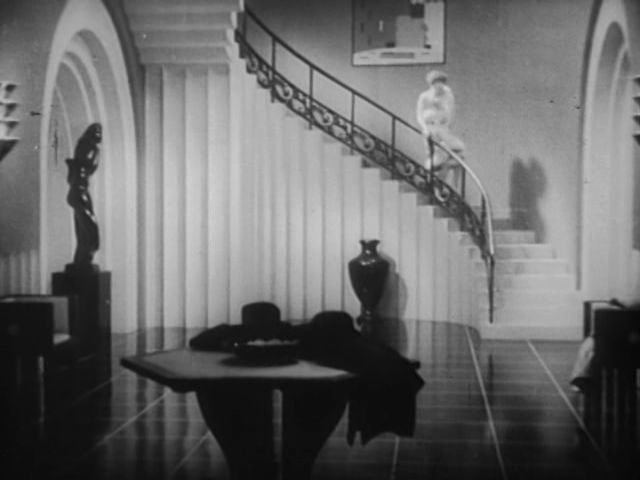 Forgive me, I'm on a production designer kick at present.

According to Screen Deco by Edward Mandelbaum and Eric Myers, MGM's head of department Cedric Gibbons was an early exponent of the constructed set, back in the early teens when rooms were often nothing more than painted flats. He's "the man who put the glove on the mantelpiece," meaning that before that you couldn't put anything on a mantelpiece since it was nothing but a trompe l'oeil bunch of brushstrokes. You'd have to put ball-bearings in your glove and magnetize it from behind, or something. Messy. 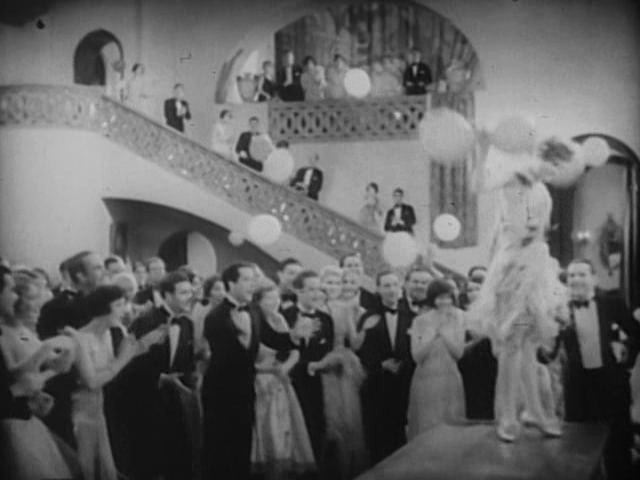 In 1928, the year sound came, Gibbons staged another, quiet revolution with Our Dancing Daughters, an early Joan Crawford vehicle, and what's known as a "soundie"—there's sound effects and a recorded score, but no synch dialogue. (Odd moment: an offscreen voice calls for Joan to do her dance, and then her lips move soundlessly in reply, before a jazz tune strikes up. The rules of this particular auditory world are strange to us.)

The movie, nominally (and quite skillfully, in fact) directed by Harry Beaumont, marks the beginning of art deco's dominance of the Hollywood look, over which it would hold illimitable dominion throughout the thirties. The plot isn't really the point of this one, nor are Crawford's huge mad eyes or flailing dance moves: it's a movie about smart dresses moving about in smart rooms, and if the studio's Dogville Comedies team (which did not yet exist) had mounted the dresses on wires so they could travel without the aid of actors to hold them up, not too much would have been lost. 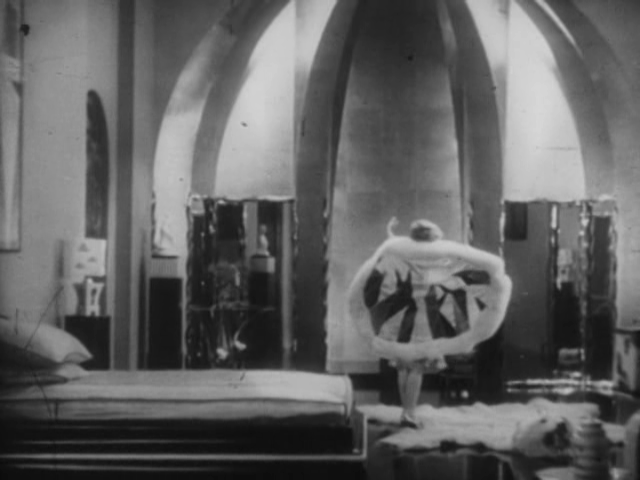 According to Mandelbaum & Myers, movie star (and later interior designer to the stars) Billy Haines dropped in to visit Gibbons' wonderland, and remarked "It looks like someone had a nightmare while designing a church and tried to combine it with a Grauman theater."

Gibbons was to some extent following the vision of Cecil B. DeMille, whose visions of high-class living, offering what someone or other called "the maidservant's view of luxury." As with DeMille, the film devotes a whole scene to elegantly bottled fictional fragrances: Crawford's chic mom has an entire wall of smells. 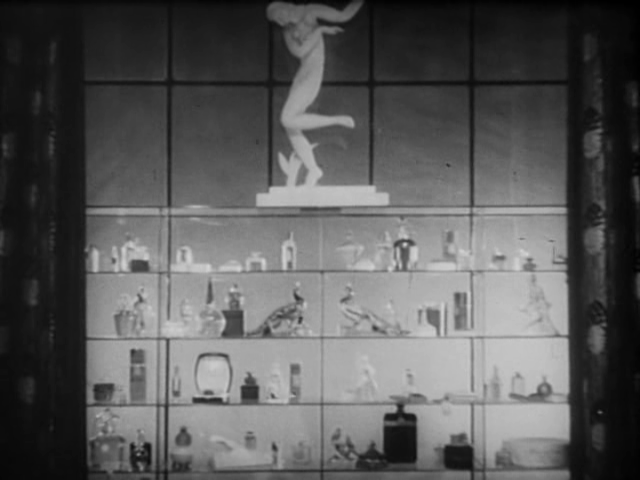 The DeMille model, seen in films like Forbidden Fruit (1921), had been hugely successful, and was perfectly in tune with the MGM philosophy, which held that rich audiences liked to look at themselves, and poorer audiences liked to look at rich people too, and aspire to their status. Where the movie does put a foot wrong is in including a working glass girl who wants to marry a rich man, and making her something of a villainess. 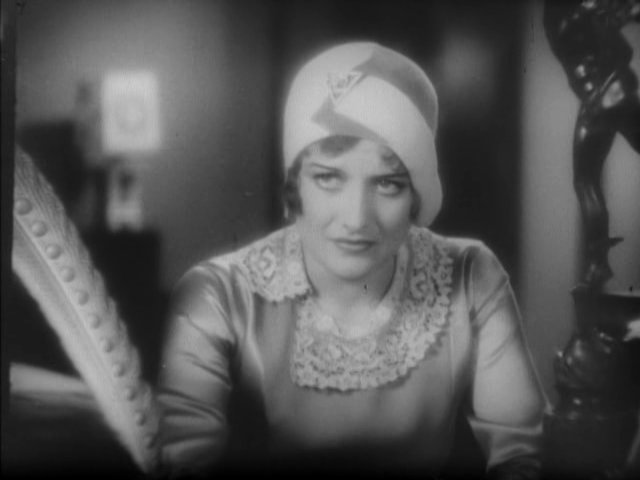 ﻿The movie has three girls: Joan is the high-stepping, high-kicking party girl, whose sophisticated parents indulge her every hedonistic whim. Dorothy Sebastian's parents are stern and want her home by a decent hour, but the film assumes this attitude will merely drive the teenagers to deceit. Where things get interesting is with the third member of the trio.

Anita Page (Bessie Love's sister in Broadway Melody: "She's so beautiful! And young!") is the golddigger, and while her story is ultimately a tragic one with a lesson for counter-jumpers who don't know their place, the discomfort this plotline produces is palpable. Future movies celebrating the lifestyles of the rich and frivolous would either exclude the lower orders entirely save the odd droll butler or comic maid, or they would celebrate the plucky lass who hauls herself up by her rich husband's bootstrings. Our Dancing Daughters views the social climber with a naked unease that runs counter to the ideals of mobility which capitalist societies usually like to celebrate, in gesture if not in deed. 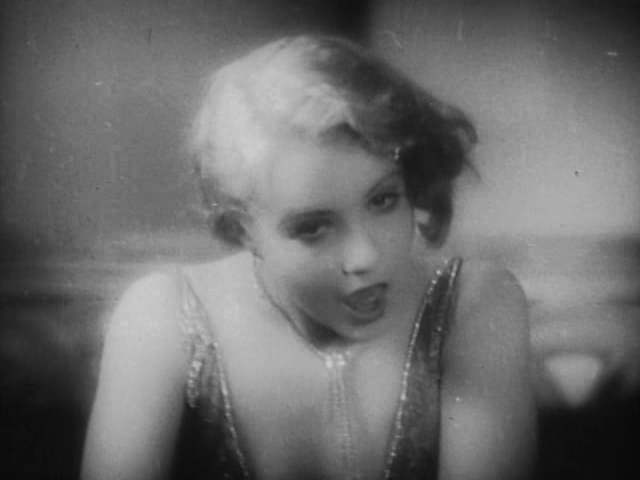 So in a sense, Our Dancing Daughters marks a decisive moment in the evolution of two forms of Hollywood fantasy: the moderne streamlined luxury environment, and the presentation of said lifestyle as both aspirational and forever unattainable fantasy.

The Forgotten is a regular Thursday column by David Cairns, author of Shadowplay.﻿﻿﻿﻿﻿﻿