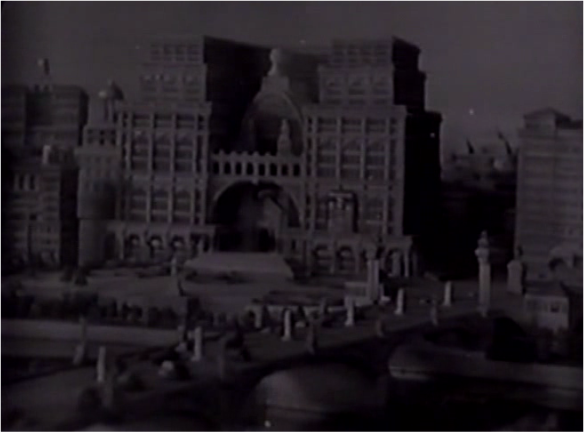 "Meretricious agents of the Kaiser were stationed at such places as Marble Arch and Hyde Park Corner. In this black book of sin details were given of the unnatural defloration of children...wives of men in supreme positions were entangled. In Lesbian ecstasy the most sacred secrets of the state were threatened."

The above quote, from Wikipedia by way of Philip Hoare's Oscar Wilde's Last Stand, refers to the bizarre obsessions of one Noel Pemberton Billing, aviator, inventor, member of parliament, and author-producer of High Treason, Britain's answer to Metropolis. 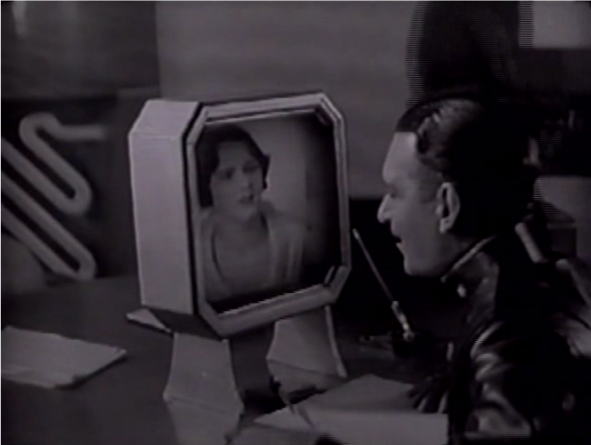 NPB was a queer duck: a passionate, pathological homophobe, as well as a champion of victory through airpower, as well as something of a feminist and peacemonger, going by this movie. A weird set of qualities to find in one personality.

"He founded a journal, Imperialist, in which he wrote an article based on information provided by Harold Sherwood Spencer which claimed that the Germans were blackmailing '47,000 highly placed British perverts'to 'propagate evils which all decent men thought had perished in Sodom and Lesbia.' The names were said to be inscribed in the 'Berlin Black Book' of the 'Mbret of Albania'. The contents of this book revealed that the Germans planned on 'exterminating the manhood of Britain' by luring men into homosexual acts."

Naturally, with such preoccupations, Pemberton Billing busied himself dealing with the military, parliament, theatre and film: four arenas where he could be confident of encountering only red-blooded heterosexuals. Ahem. 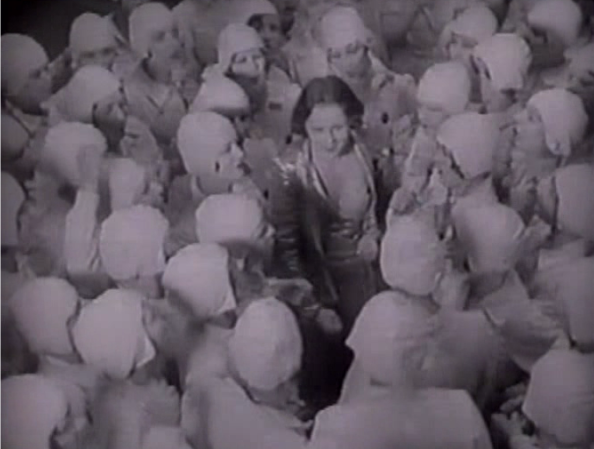 A shame, or a relief, that none of this fervid imagining found its way into High Treason, but enough cool stuff did to make it a fascinating, if frustrating watch. The movie, released in both silent and talkie versions (I've only seen the silent), is set in the far-flung year of 1950, when a united Europe stands at the brink of war with America—although the whole plot is about trying to prevent war, NPB throws in an imaginary scene where Euro bombers blitz New York, combining documentary shots with Thunderbirds-style miniature effects. One gets the suspicion that it's really a commercial for the producer's aeroplane plant, which later developed the Spitfire.

The director is Maurice Elvey, in livelier form than usual, exulting in the fabulous art deco sets through which leather-clad extras march in unison—futurism and fetishwear seem to go hand in hand since way back. Despite decent performances (though nobody is particularly interestingly characterized in NPB's script), swift handling and lovely design, the movie nevertheless succumbs to the air of lumbering inertia that afflicts Elvey's other fantasy work: The Clairvoyant and The Tunnel (both 1935). Elvey seems to have been drawn to tunnels: "professional agitators" dynamite the channel tunnel in this one, Claude Rains predicts a cave-in in The Clairvoyant, and as for The Tunnel...well, I believe that one has a tunnel in it too. 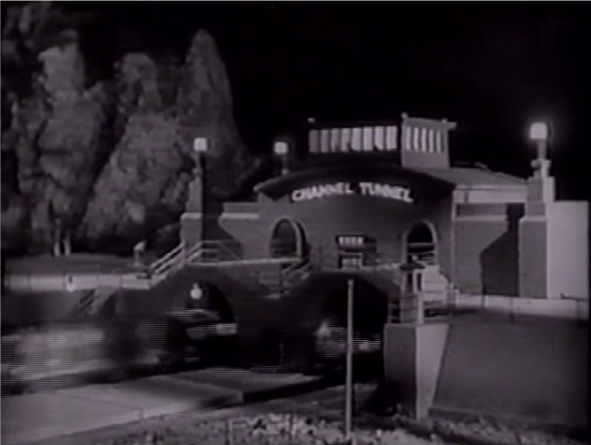 Despite taking his inspiration from Lang's epic vision of a world to come, NPB hamstrings himself time and again by focusing on incidents which could happen in any drama. The movie climaxes with a courtroom scene, for instance, in which a heroic figure is tried for a political assassination. Was his act necessary to prevent war, and therefore justified? More to the point, is any of this germane to a science fiction film? The lavish model cities, both London and New York, do not look sufficiently different from their real-world equivalents to entirely justify their inclusion, although I liked the Peace League's arched headquarters, which remind me of the MI5 building—maybe because the MI5 building reminds me of Metropolis.

Benita Hume makes a glamorous and courageous leading lady, prepared to defy her fiance, a military pilot, in trying to prevent the plunge into warfare. She's an unusually independent character, and the film is on her side. Apart from applauding her political convictions and single-mindedness, the movie also enjoys her taste in silvery evening-wear, and lingers on an art deco shower scene in which a frosted glass shower screen mostly, but not entirely, preserves the actress's modesty. Perhaps NPB felt the male audience's heterosexual tendencies needed helping along. 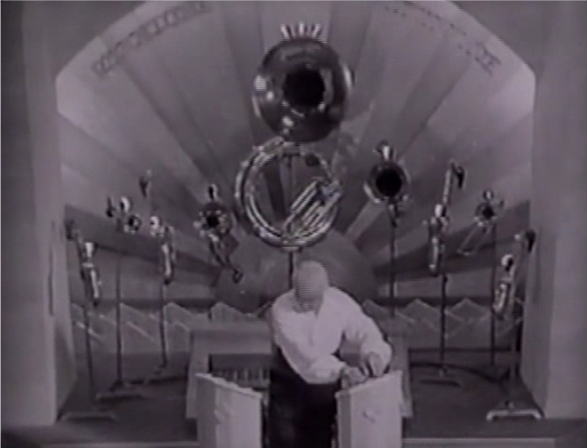 Science fiction trappings which do make it into the plot include a nifty roadster which could have zoomed straight out of Woody Allen's Sleeper: the glamorous spy in the silver skull-cap, lobbing a cocktail-shaker bomb, is a divine jazz age/space age crossover. At a deco night-club, a cyber-bandleader operates a large machine, producing the music: cinema's first DJ. There's also the presence of video-phones which rise out of the desktops to allow early B&W Skype calls, and live television, which people seem to watch standing up, quaintly enough. Among the programmes glimpsed are a fox hunt, and a game of beach volleyball, which seems to serve as cyberporn for the people of 1950.

One odd effect of the film being made in silent and sound versions is that a key moment, involving a TV broadcast, shows intertitles appearing on the television itself. It's a lovely idea: silent television broadcasts in which the President of Europe would speak to his people, through the medium of title cards. The fact that the plot requires a character to usurp the broadcast with an unscheduled statement raises intriguing questions of verisimilitude: who's writing the title cards for him?