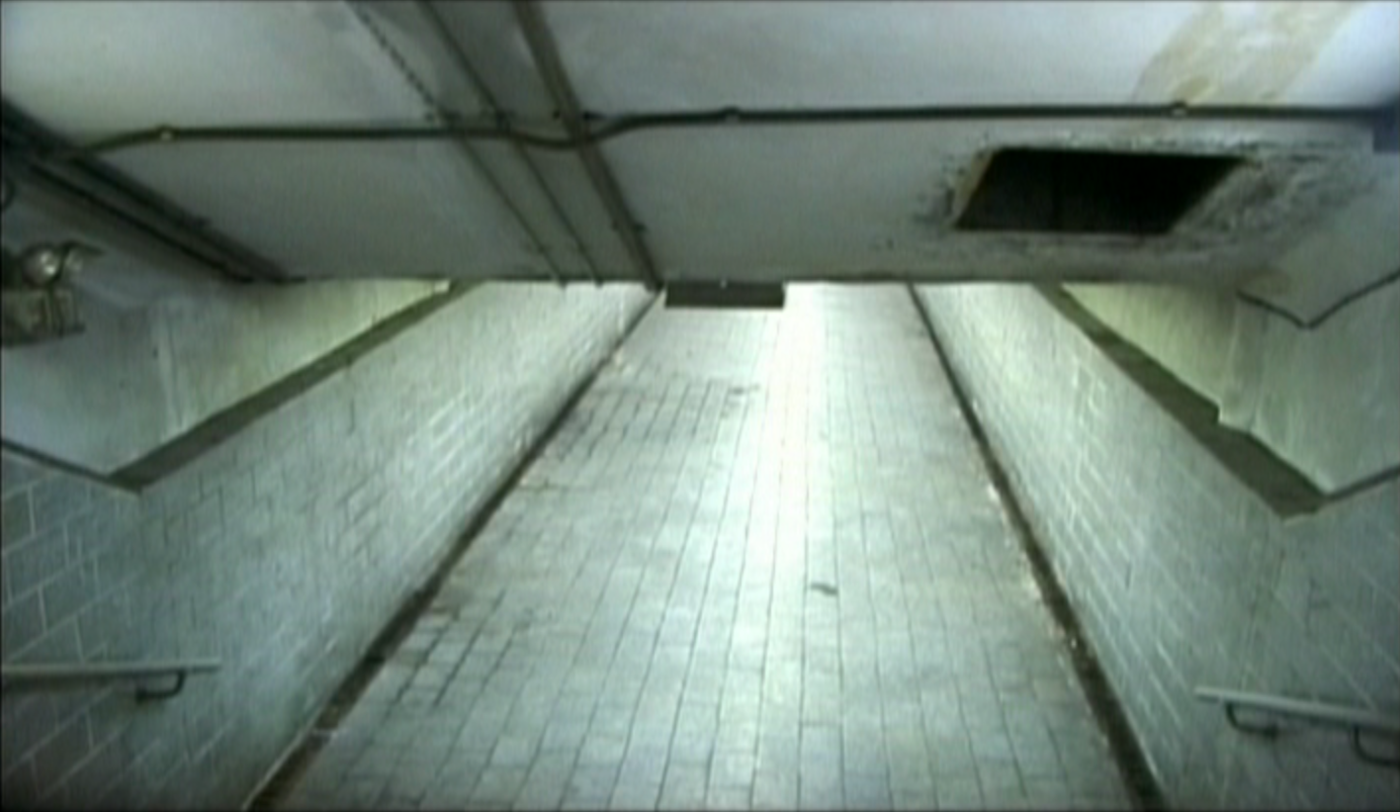 Tsai Ming-liang’s contribution to the 2001 Jeonju Digital Project, the short film A Conversation with God, is a journey filled with unexpected stops and detours. On his way to record a spiritual medium, in hopes the god would speak to his camera, Tsai found himself in the midst of a celebration for another god. Undeterred, he captured the madness he found himself in.

The film opens with a pair of performances from the birthday celebration. In the first, a man in a trance moves amidst piles of burning pamphlets, swinging various bladed objects against his body in a cross between a martial arts demonstration and a self-flagellation. A striptease takes place on an open-air stage. The female emcee works the crowd as a young woman gyrates awkwardly and removes articles of clothing. The emcee spots Tsai’s camera among the large crowd and requests he stop recording. After being banished from the celebration, Tsai’s attention turns toward the commonplace, things people pass by numerous times a day and hardly ever think twice about: a damaged traffic light, empty subway corridors, and beached fish in varying states of decay. The film concludes with a visit to a medium (perhaps the medium Tsai initially wanted to record, perhaps not), blessing those who’ve come to her, recommending various roots, herbs, and remedies, and repeatedly scrawling characters on countless pieces of paper. A return to the empty corridors and a glance to the heavens are the last images we see. 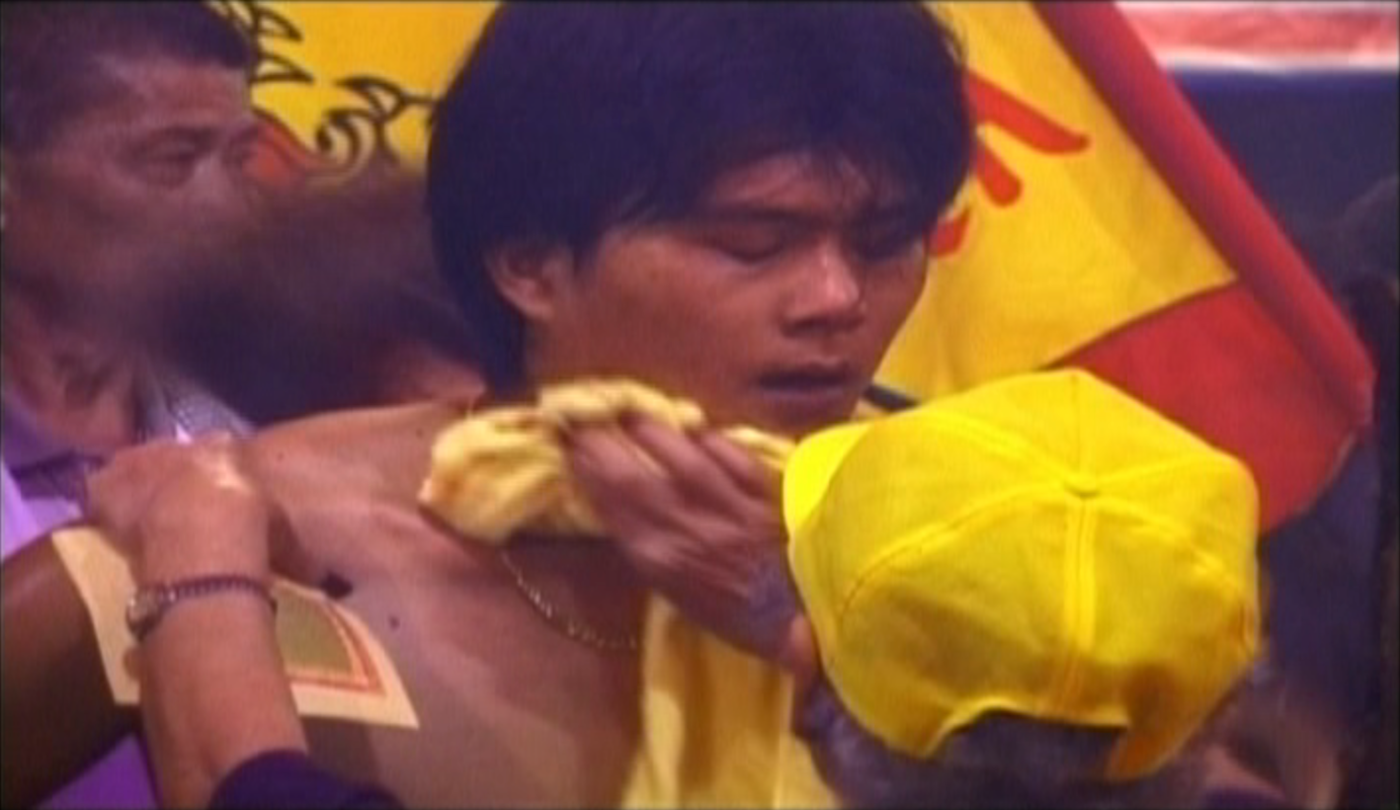 ﻿Tsai uses his camera to capture the events, both evocative and mundane, in as flat a manner as possible. Nothing is used to dress up what we see, whether camera movement, editing, or lighting. This dispassionate approach effectively removes the veil on what’s actually taking place before our eyes. The ‘sacred’ events are meant to stir some kind of emotional response, to try and ignite some kind of change inside. To aspire to the commitment of belief displayed by the flagellator. Feel relief and renewal from the blessing. But the camera doesn’t desire to be anything other than what it is, a simple machine. As such, the camera records the ceremonies as they really are: performance and gesture. The man in a trance is even wiped down between "rounds" as boxers are.﻿ They are as empty as the fulfillment promised by the striptease.

It’s in the shots of “nothing” where Tsai finds something lurking, a presence that not seen but felt. A presence similar to what Lars von Trier was able to conjure in the woods of Eden in Antichrist. Where Trier’s is ominous and foreboding, Tsai’s invokes wonder. By looking away from the spectacle around him, Tsai sees the present moment and has his camera capture it. We remember the past and think about the future, but life only consists of the here and now. We exist from moment to moment, with the possibility of the next moment never coming. 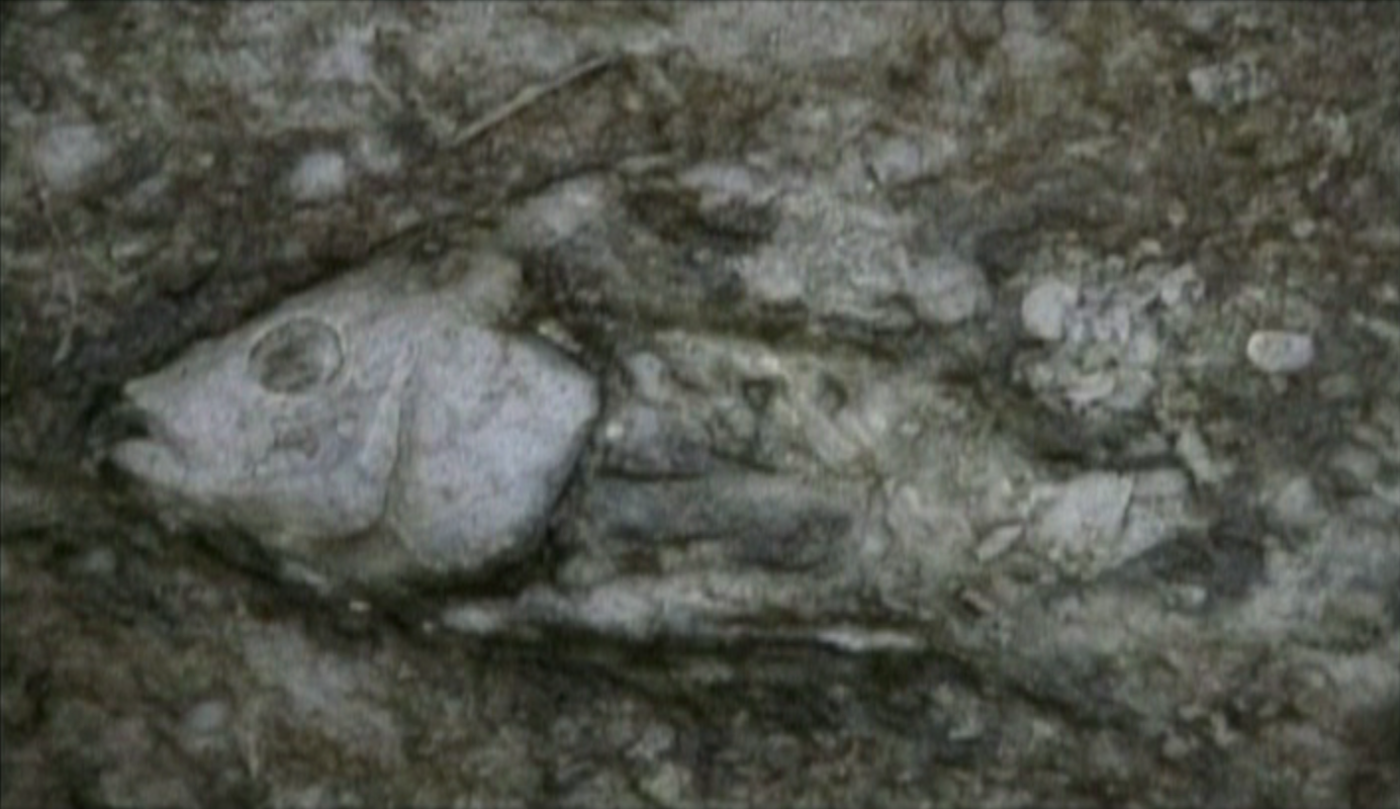 Tsai shows us the future: fish slowly returning to the earth. Their corporeal self withering away. Their color matching the soil around them. The singular rejoining the whole. The traffic light fulfills its function despite the ineffectual positioning; signaling warnings of caution to the wall simply because that’s what it does from moment to moment, regardless whether it was more efficient in the past or potentially could be removed or replaced in the future. In the corridor, the camera is placed high, cutting off our line of sight, leaving the potential for mystery. It’s an image we pass by countless times a day, never giving it a second thought, but if we were to stop and dwell in the moment, a world of possibilities opens up. Surprises, good or bad, lie in wait just beyond what we are able to see, waiting for us to give them the opportunity to surface.﻿