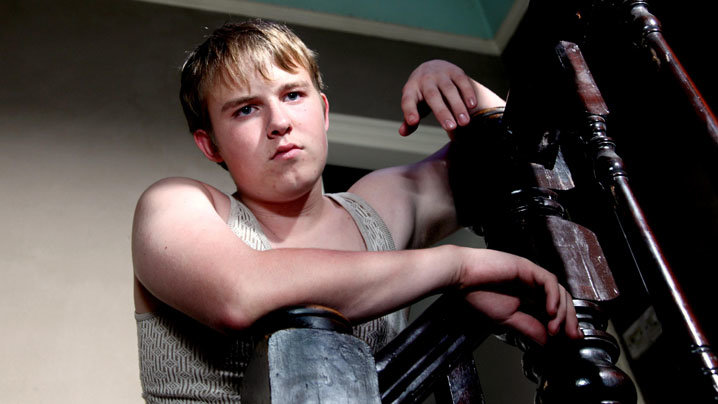 "Writer-director Peter Mullan crafts a stunning, brutal portrait of a bright youth's descent into gang crime in Neds," writes Robert Koehler for Variety. "An eight-year break after his knockout The Magdalene Sisters proves not to have dulled Mullan's continuing skill at delivering total movie experiences that combine vivid social critique with astonishing performances by virtual unknowns and felicitous cinematic technique."

"Set in working-class Glasgow during the early 1970s — Mullan's previous film was set in 60s Ireland — Neds is an acronym for Non-Educated Delinquents." Michael Rechtshaffen in the Hollywood Reporter: "It's a classification that ruddy-cheeked John McGill (Conor McCarron, as well as Gregg Forrest as the younger edition) would at first seem determined to circumvent.... But he ultimately and systematically succumbs to the inevitable as deeply seated resentment and rage are allowed to fester unheeded by those bleak surroundings. Credit McCarron for making every step of that dramatic transformation disturbingly but sympathetically credible, as his fellow young castmates play their roles with similar conviction."

"Neds may sound like an exercise in kitchen-sink misery but it is often painfully funny as it flavours the drama with all the cheeky insolence and gallows humour of the communities that John must navigate," writes Allan Hunter in Screen. "Mullan also counterpoints some of the more horrifying moments with bitterly ironic music choices-one gang fight unfolds to the sound of the Sensational Alex Harvey Band performing Irving Berlin's 'Cheek to Cheek' which feels like an homage to Kubrick's A Clockwork Orange."

For Eye Weekly's Dave Morris, "once the protagonist embraces gang life, the film's promise slips away in a tangle of outrageous plot developments and melodrama. While the intense social critiques of directors like Alan Clarke (whose influence is heavily felt) are long overdue for a revival, Mullan could stand to inherit Clarke’s economy and simplicity with narrative." 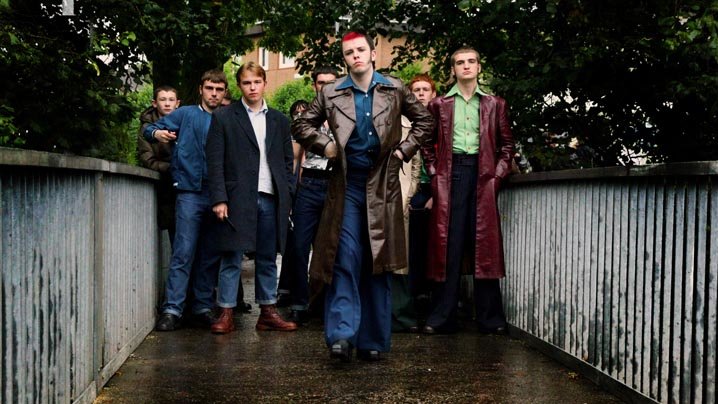 Also screening at the San Sebastián and London film festivals.

Update, 9/25: Tim Robey's glad to have had a few days now to mull this one over, "particularly since it's now been awarded the Best Film and Best Actor awards [in San Sebastián]. I remain thoroughly on the film's side, some clearly wobbly sequences notwithstanding, but an especially tricky problem was posed by the sound: this soft Southerner struggles to comprehend thick Scottish accents at the best of times, but every single English-speaking viewer I bumped into afterwards had the same complaint about huge quantities of mumbled Glaswegian slang falling by the wayside." That said: "What's particularly outstanding here is the school stuff, and there's a (very) good hour of this"; the second half is "patchier." But: "What Mullan grasps here he grasps with clenched fists, and shakes often enough to sock his points home: that adolescent unhappiness and intellectual promise can be about the worst possible bedfellows, and the deadliest thugs, in another, more privileged life, might have been shoo-ins to Oxbridge."