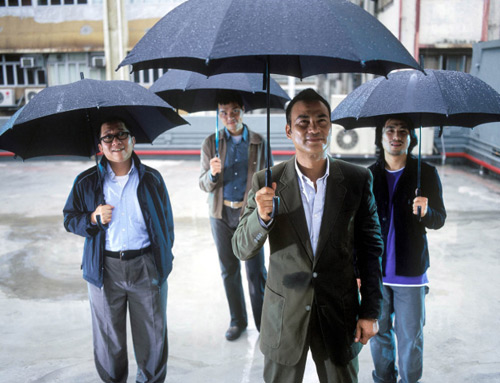 We film critics have it easy. We don't have to worry about the external pressures bearing on a given filmmaker. We only have to care about the work. Hence, we can gurgle and burble all over the productions of a former star who's made so much money for a given studio and made such a name for himself that he can come up with modest-budgeted-masterpieces (some will say) one after the other. And we can scoff and belch and have our nasty fun with big-budgeted, star-driven extravaganzas helmed by one-time maverick auteurs, as exercises in discipline as much as multi-variegated survival strategies to our hearts' content, even if we aren't going to get the sublime thrill that Pauline Kael had, of sharing a ride with Otto Preminger and saying to his face that Hurry Sundown was a "piece of shit." Oh, weren't those the days, that'll never happen again. 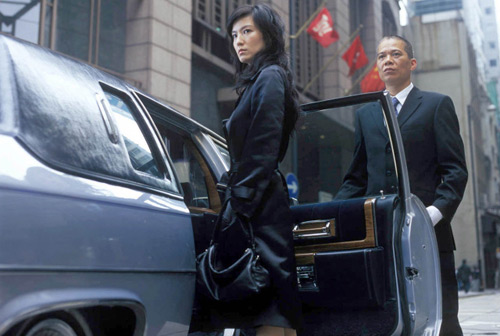 One thing we'll never do—even those of us who operate in good faith, imagine that—is fully understand the circumstances under which a given film is made. We can pontificate on this and that we can write our fake hairshirt essays on "the numbers" and so on, but we'll never fully get what it is to set the enormous process of filmmaking on its 18 wheels times five or ten or however many. Which, setting-into-motion is, when you think about it, pretty damn scary. Which shouldn't necessarily even enter into one's critique. But still. The great Hong Kong director Johnnie To has never been particularly shy about his out-and-out collaborations, or his, shall we say, divertissements.

The story of a gang of pickpockets who come to the aid of a hapless beauty who's being held in a kind of fairy-tale bondage by an older, decrepit and thoroughly ruthless criminal kingpin, Sparrow was widely reviewed on the festival circuit. Often likened to a musical without songs, or to a bit of jazz improvisation, it delighted most of its reviewers. The Auteurs' own Daniel Kasman wrote: "Nowhere is [the] pleasure in graceful, subtly intersecting lines more evident than when To is having fun. And he is clearly have just that in his new, and utterly delightful film, Sparrow.[...] The ease of the script’s plotting, the combination of good humor and posturing nonchalance of To’s male actors, and Kelly Lin’s surprisingly intriguing performance as the magnetic femme are what gives the warm blood to To’s magnificent direction. All the more 'classical' is this director for having one of his smallest films be one of his best."

This small film is also quite beautiful—a "love letter" to Hong Kong, as Variety's Derek Elley put it, in particular to an older Hong Kong that likely only exists in the imagination of the filmmakers but is no less seductive for that. While not a period piece, the mien of the pickpockets—particularly Simon Yam's vintage camera, old-school bicycle, and tannish-gray suit—has a warmth that can only be nostalgic. As do the burnished colors of  Cheng Siu Keung's cinematography. Which is captured beautifully in the new Universe Blu-ray disc of the picture, a Hong Kong import likely available in any major metropolis' Chinatown and certainly via varied Asian on-line emporiums. It's region-free, and hence playable on any Blu-ray machine. The third screen cap of this set—three of the pickpockets displaying their mouth-held razor blades, tools of the trade—represents my best camera work taking a picture off of my home theater screen, and as you can see it captures detail and color very nicely.

The only problem with the disc is that its supplements, unlike the film, are not subtitled in English, as is the film itself. Too bad, as they contain multiple interviews with the filmmakers and likely a good deal of insight into the flexibility and vitality of a Hong Kong film industry in which the"minor" film is a director's prerogative and pleasure, and yields major viewer satisfaction. Some other time, maybe. We film critics could use the illumination!