"Solipsism is great, everyone should try it."

There are so many contemporary cultural phenomena that this film is a precursor to. The "mockumentary," for one thing. Reality television, for another. Hence, one might expect it to pack a more particularly galvanic effect when viewed today. But no. And perhaps that's to the filmmakers' credit. David Holzman's Diary registers most strongly as a small-scaled tragi-comedy, the story of a guy who, upon receiving notice of his draft status (One-A, which, the protagonist tells his recording apparatuses, stands for "All American"), decides that the proper study of man is...himself, and decides to make a filmed "diary" of his life.

"My life...my life...my life...my life, though ordinary enough, seems to haunt me in uncommon ways," David (played by writer L.M. Kit Carson, a longtime McBride collaborator and also a pivotal force behind Wenders' Paris, Texas) tells the camera. The camera and the tape recorder, rather. David is meticulous in detailing his equipment for us—his Éclair 16mm camera, his Nagra tape recorder (God, those were beautiful machines!), lavalier microphone, and so on. A bit of a cinephile, David cites the "great French wit" Jean-Luc Godard's axiom that cinema is truth 24 times a second. With his filmmaking rig, he will find the truth. McBride doesn't tell this story objectively, but rather frames it as the real thing—we only see what David films, hear what he records. 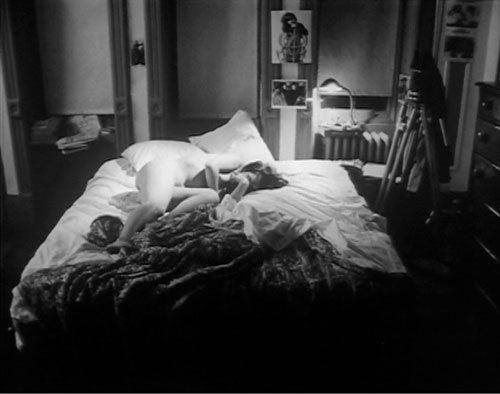 David's plan goes awry almost immediately, as his girlfriend—a fashion model, as it happens—balks at his proposition to film her without makeup or preparation. "I don't see how I can shoot a picture of my life without Penny in it," David muses, rather drippily. He will soon have to find out. A friend subsequently criticizes David's project—"I don't like your script." The act of filming "life" only tends to alienate David from life. He exists in a world very different from the one we live in now—a world where filming something was considered an event in itself. David is reduced to improvising street interviews—the one with the transexual driving a T-Bird is a doozy—and filming things that don't talk back, such as the television, and, more disturbingly, the woman in the window across the street from his apartment. 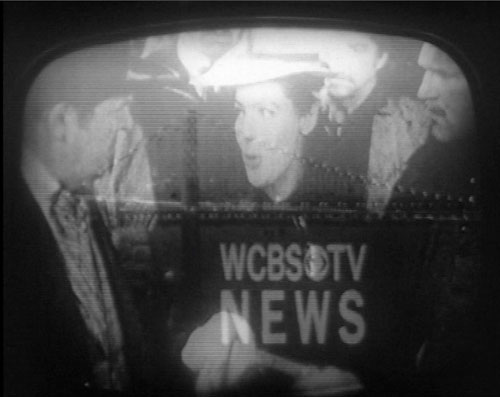 The minute-long television screen sequence—which contains over 3,000 individual shots filmed off a black-and-white set—is the picture's most bravura bit, but it also underscores just how not media-saturated Holzman's New York City is. The television's either on, or it's not. Out on the street, you maybe hear a transistor radio. Otherwise, that's it. Seems like a quieter place. 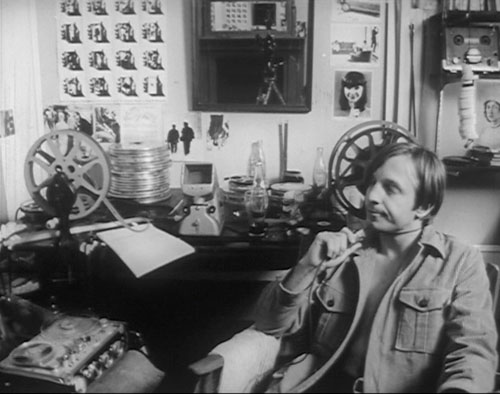 "This is not coming out the way I thought it would," David complains near the end. "You haven't told me anything," he almost shrieks at the camera. He's coming apart. The film ends with his destiny still a question mark (his draft status is mentioned only once, but hangs like a pall over the entire film). Solipsism may not be all it's cracked up to be after all.

The excellent Region 2 UK DVD of this film, from Second Run, is supplemented by a brief interview with McBride, an excellent essay by Jonathan Rosenbaum, and a rather remarkable other film, McBride's 1969 My Girlfriend's Wedding, a real documentary this time, here chronicling the nuptials of McBride's then girlfriend, a Brit who's marrying a "screw-the-system" type of the era, so as to be able to legally remain in the States. It's real time-capsule stuff, in which phrases such as "an abortionist in Brooklyn" carry a peculiar resonance; there's also the tiresome compendium of counter-culture cliches spouted out by the film's subject, who otherwise seems nice enough. The real jewel of the film is the groom, a perfect '60s asshole if ever there was one, who chastises his bride for having a job (at Café Figaro, no less), saying "servitude is not doing you a favor."