Nothing happens fast in Herostratus, Don Levy's two-hour-and-twenty-three minute feature film, the only feature he made. Go look at the descriptions of it on the web, check out the plot descriptions, they all invariably boil down the same. A disillusioned young poet, Max (Michael Gothard), pitches his own suicide to an ad man, who then puts together a multi-sponsored spectacle to mark the event. Yes, there's quite a hook for you: the hyper-sensitive youth of Swinging London's counterculture forging a morbid alliance with the plastic forces of commerce and commercialism. 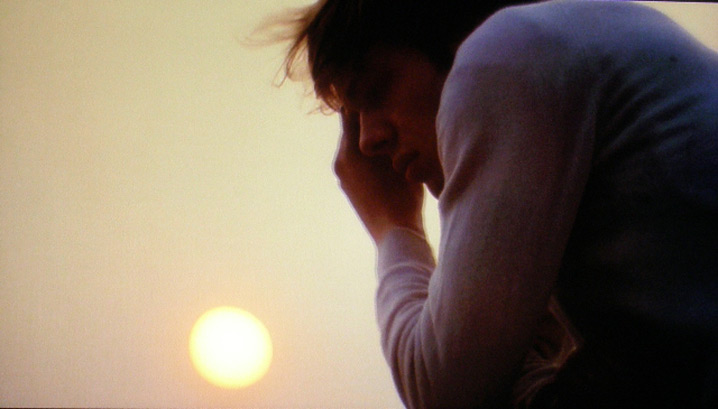 Except that in any "normal" narrative film the hook would be revealed and the deal made in the first ten minutes at least, or even quicker, before the opening credits with the marketing-department-approved pop song by the hottest current combo playing under them. Herostratus works differently. Its insufferable poet, Max, strolls into the office of PR maven Farson (Peter Stephens) with a long axe slung over his shoulder. Eventually he's going to plant the head of that axe into the middle of fat Farson's desk. But before that he's going to mock Farson's personal secretary, the Vogue-reading ice princess Clio (Gabriella Licudi). And before that he's going to have a protracted argument with his landlady, without ever leaving his word-wallpapered bed sitting room. 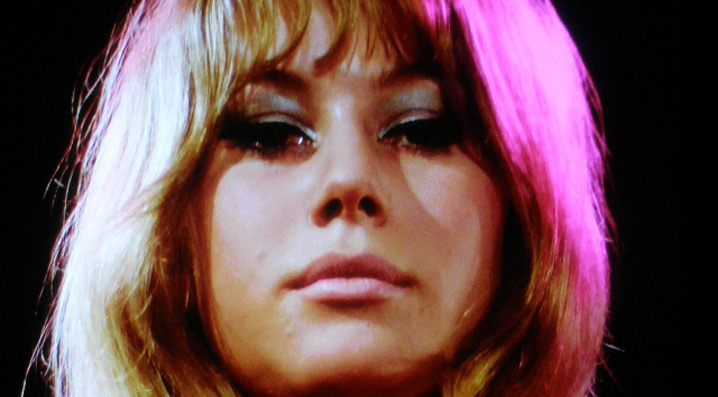 Unlike pretty much every single "anti-establishment" motion picture of its era, Herostratus's form actually corresponds to its content. It doesn't present its narrative in a conventional way. In Michael Winner's I'll Never Forget What's is Name, which received the proper release this film never did in late 1967, the year this film was completed, Oliver Reed's dissatisfied adman Quint has destroyed his own desk pretty much right away, leaving it to Orson Welles' boss, Jonathan Lute, to pursue him in satanic fashion for the rest of the film's 90 minutes. In Herostratus it takes all of 40 minutes for poet Max and capitalist Farson to even come to an understanding. And in the meantime, the duo are pre-empted by views of Max in an industrial landscape that anticipates the early sleeve-covers of Cleveland rock dystopian masters Pere Ubu... 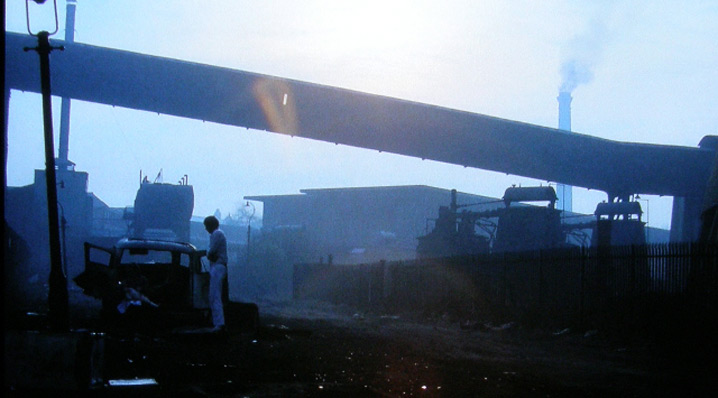 ...and archival footage of poet Allen Ginsberg emphatically addressing a British collegiate crowd. And not-wisely-deployed stock images of slaughter and concentration camps from World War II, lynchings in the American South, a bloody, organ-laden slaughter of a lamb, and more. Everything goes on too long in this film. Take the parody of a television ad, featuring a very young Helen Mirren, depicted in the outfit of a stripper, extolling the virtues of latex gloves. It takes what seems like an eternity to get to its putative punchline, and then it extends the punchline for what seems like another eternity.

What gives here, and why should we care? The extensive notes on this double-disc BFI Region 2 UK DVD and Blu-ray disc inform us that director Levy, who took his own life in 1987, was a scientist before he was an artist—he had a Ph.D in theoretical chemical physics—and that he applied his scientific learning to his art, to a certain extent. Certainly one can see a very different approach in the subjectivity that he bestows on his characters; at a crucial juncture in the narrative, he allows the putatively plastic and phony Clio the same emotional pain he shows us in Max, and in the exact same way: via a series of freeze-frames in which she screams like a figure in a Francis Bacon painting. Max's portrayer Gothard, later to leave a big impression on cinephiles in Ken Russell's The Devils and, yes, Tobe Hooper's Lifeforce, took his own life a few years after Levy did. Does this film play like an anthem for doomed youth, or doomed genius? Not entirely.

It's hard, really, to say just what Herostratus plays like. As with the Jack Bond/Jane Arden pictures released on home video by BFI, Herostratus is a hard film to write about, a hard film to recommend, at least from my perspective. I could call it "important," but "important" is not a category I really believe in. To call the film influential would be a bit of flim-flammery, as it wasn't so widely disseminated in its time to be genuinely influential. I won't lie to you: Herostratus is a tough sit, often frustrating, and the pleasure principle is given little play by it throughout.  In our current situation, in which putative zeitgeist-masters such as Malcolm Gladwell pronounce advertising to be "cool," its anti-sellout passion looks a little anachronistic, displaced. But that's what makes the film, and the varied supplements provided in this package, so strangely scintillating: the angry possibilities it outlines seem so many generations behind us. Could it be that they are ready to be taken up again?