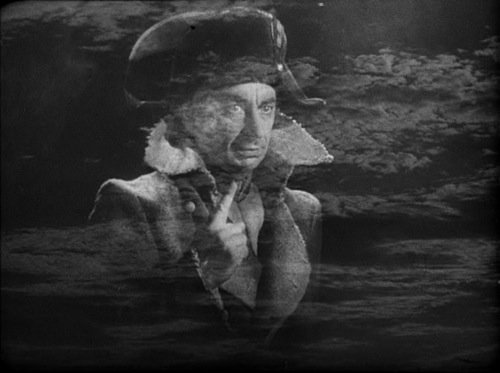 While it could be said that among the many, many things destroyed by Adolph Hitler and Nazism, German cinema was one of them, that doesn't mean that German filmmaking ended with the Nazi regime, for indeed, how could it? And for all that, it is still something of a shock to come upon this film, made five years into Hitler's reign as Germany's chancellor, a frothy comedy that would be considered an amusing albeit insubstantial chestnut/time-passer except for the context in which it first came into being. A mere precis of what it Napoleon ist an allem schuld (which the German-curated DVD translates, with charming stiffness, as, Napoleon Is To Blame For Everything; a more aptly idiomatic rendering would be, of course, It's All Napoleon's Fault) is and what it's about only sounds slightly odd at first: okay, this is a semi-screwball comedy of sub-Lubitsch pedigree about an English lord who's obsessed with Napoleon studies and gets into an amorous kerfuffle with a showgirl whilst visiting Paris for a Napoleon hobbyist's conference. In the midst of this kerfuffle he takes the advice of an imaginary Napoleon, who's also played by the fellow who plays the English lord. The English lord's wife turns the strategic tables on her husband by pretending not only to be not bothered by the possible scandal of what's going on, but also...well, suffice it to say that the wife's name is Josephine and that Waterloo is invoked. 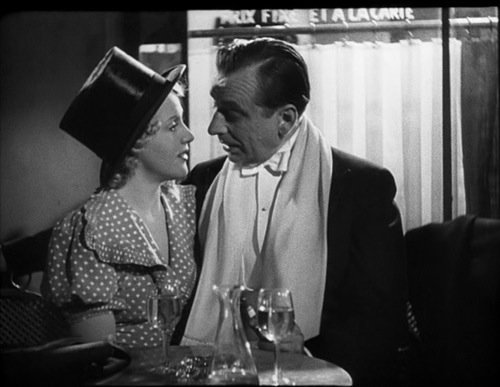 This could all be very droll on the one hand. On the other? Germans aping Englishmen, leisure trips to Paris, evocations of monomaniacal European conquerers...in 1938. It is peculiar for sure to see what is in certain respects a celebration of a kind of pan-European sensibility coming from a country that is about to steamroll over the rest of its fellows.

In an intriguing essay about this film's writer/director/star Curt Goetz, and his thriving career under the Third Reich, William Grange discusses how the "polished indecency" of Goetz's plays and films (he had more than once been dubbed "the German Noel Coward;" again, as odd as such a thing might sound to post-Hitler ears) was tolerated, albeit relatively briefly, by the Third Reich, because it was so popular that to condemn it would have made the reigning rulers look as if they were going against the tastes of der volk, as it were. Goetz intuited that the tolerance wouldn't last, because he emigrated to the United States in 1939, but I don't necessarily see...or maybe I should say that it's not entirely unreasonable to apply a grain of salt to Grange's implication that for this film to "parod[y] the illusions of a dictator" represented a particularly daring act on Goetz's part. After all, it really is all about which dictator's illusions you parody, and as Hitler in certain respects presented himself as an Aryan payback for pretty much all of prior European history, taking the piss out of Napoleon was a safe bet. 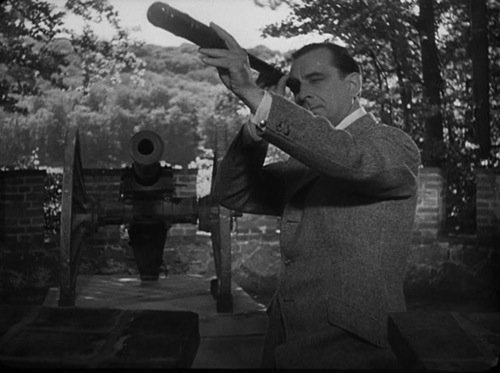 This is not, on the other hand, to suggest that Goetz's story was some kind of misdirected attempt to mollify the regime in power, however. The most striking thing about Napoleon when viewed today is how thoroughly disconnected it seems from the events that were galvanizing Europe and the world outside of its frame. It's breezy, cute, with not much on its mind; its types are highly recognizable as farcical commonplaces, and the interplay between Goetz and Valerie von Martens (his real-life mate, who plays Josephine) is in what has the illusion of being a universal comedic tradition. 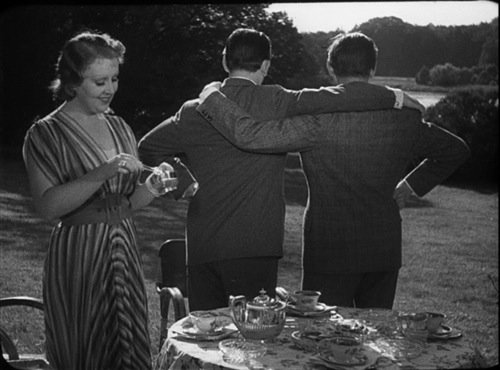 Which is what makes watching it, while understanding even slightly what it is and where it came from, an almost hallucinogenic experience. That, and the weird animation of the "albatross" (the allusion in the dialogue is of course to Coleridge) that turns up early in the otherwise determinedly un-surreal film. 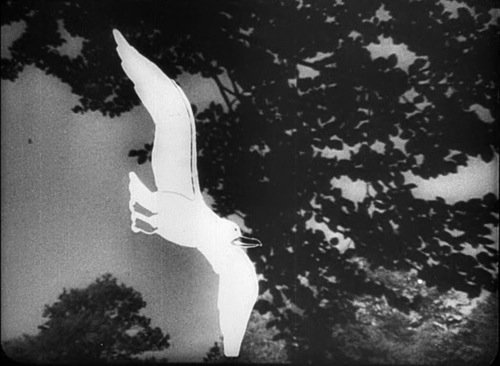 The all-region DVD of this peculiar curio is from the exemplary Edition Filmmuseum, comes with exceptionally enlightening supplements (good booklet essays and two documentaries, plus a trailer) and boasts a handsome transfer. One of the odder cinema history lessons you're apt to encounter any time.