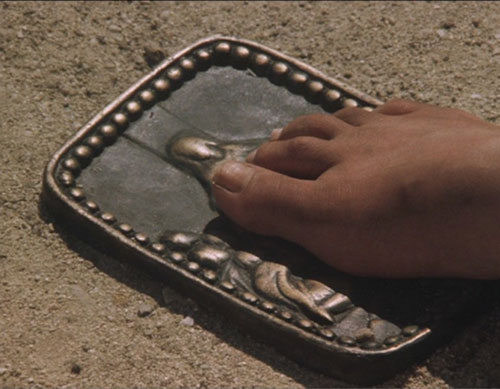 The recent news that Martin Scorsese's next film would be an adaptation of Shushaku Endo's novel Chinmoku (Silence in English translation) was most welcome for many fans of the director. There's a general notion afoot that for whatever merits Scorsese's recent work has, it's been lacking in a certain personal dimension since his last "dream project," 2002's Gangs of New York, was for all intents and purposes hijacked by Harvey Weinstein. Indeed, Scorsese himself has admitted that 2006's The Departed, the film for which he finally won a Best Director Oscar, was pretty much a film that he only wanted to get done, as in "finished" once he started it. Pictures such as that one, and his previous The Aviator, show him working in an ultra-professional mode, and somehow bring to mind the late works that Anthony Mann and Nicholas Ray did for mega-producer Samuel Bronston in the '60s. Scorsese's 2008 Shine a Light bristles with a particular passion, borne of the director's lifelong love affair with the Stones' music. As for the upcoming Shutter Island, we'll see. As for Silence, it's a project Scorsese's been talking about for almost two decades, and its theme is one he's been returing to in different ways since bringing it up in his breakout feature Mean Streets: religious faith and its conflict with the dominant culture.

Very few of the writeups announcing this project failed to mention that Endo's novel has already been adapted into a film, and not entirely that long ago. Two years after his classic Double Suicide, Masahiro Shinoda made a beautiful film out of the novel in 1971. 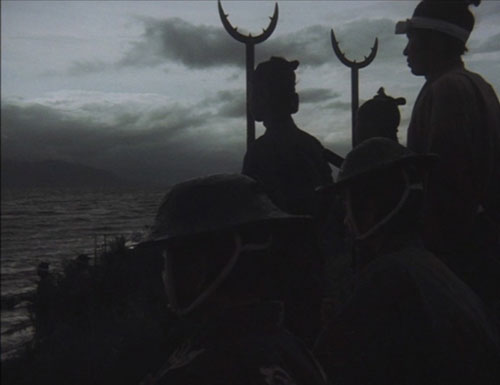 The story is a simple one. In 19th-century Japan, where Christianity has been outlawed, a couple of Portuguese missionaries arrive on the island (after a complicated journey, described in the book but not depicted in the film) in search of a father who had made the trip twenty years before. After some time spent trying to elude the authorities, they are captured, and subjected to all manner of persecution. Their tormentors require one thing from them: that they step on a representation of their God, and thereby renounce Him. They don't even have to mean it, their captors tell them; it's "just a formality." 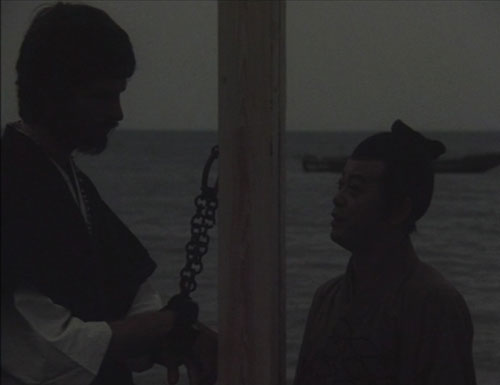 If they refuse? Well, as seen in the screen cap above, one of them might be chained to a post and forced to watch as some of their non-renouncing converts are stood up in the sea and drowned by the incoming tide, or just thrown off of boats to drown. When Father Rodrigues (David Lampson) finally meets up with the long-lost Father Ferreira (played by a heavily made-up Japanese actor, Tetsuro Tamba) he finds that, in a way, his troubles are just beginning. 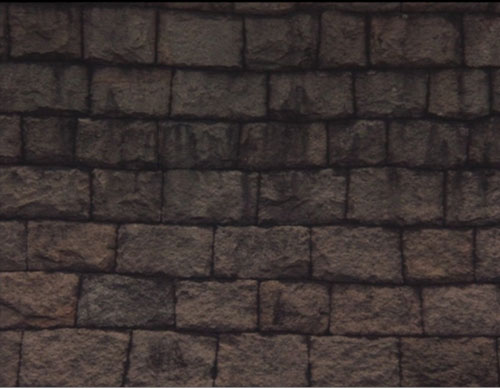 Shinoda decided to have the Portuguese priests played by English-speaking actors, and their line readings are sometimes wooden in the same fashion that affects Westerners acting in Toho monster movies. No kidding. This is neither the time nor place to analyze what may be a syndrome; suffice it to say that this inexpressiveness does not hurt the film too much. The picture itself is superbly shot (by Kazuo Miyagawa) and has a stately, unhurried pace; despite its unflinching depiction of many awful deeds, the film never overheats. It seems to have its title quality at its very core. Watching it now, with the news of a Scorsese version of the same source material (I'm inclined to doubt the director will posit his picture as a remake of this one) it's hard not to think "What Would Marty Do?" during any given sequence. We shall find out in due time; in the interim, this is quite a strong enough film by itself, and the Region 2 UK DVD from Eureka!/Masters of Cinema does it justice.