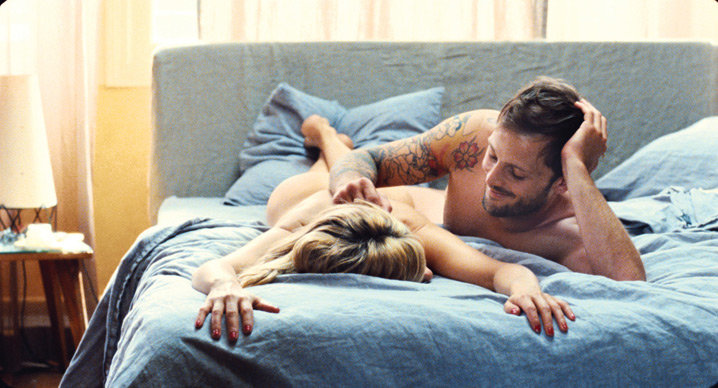 David has been doing an excellent job rounding up information on the films that will premiere at the 67th Venice Film Festival (see here, here, here, and here). Here is a more personal preview of some of the titles that will be showcased during the festival that’ll open September 1 with Darren Aronofsky’s Black Swan.

The fine line between the Competition and Out of Competition selections seems especially blurred this year, with a host of U.S. and Italian titles making a strong showing in both sections, and with more than a few titles considered possibilities for either before the line-up was announced.

In one instance, however, the line between Competition and Out of Competition became painfully clear. A lot was made in the Italian press of the surprise inclusion, in competition, of Ascanio Celestini's La pecora nera (“Black Sheep”), a fiction-documentary hybrid set in a lunatic asylum that stars Celentini and Maya Sansa.

Its selection led, or so the story goes, to the exclusion of the Alzheimer drama La sconfinata giovinezza (“Endless Youth”), the latest film by Pupi Avati. The local maestro of melodrama was offered an Out of Competition slot that he reportedly turned down. (Like in Cannes, no more than four local films are offered a Competition slot.)

Though this tells us more about Avati than the selection committee, led by Marco Müller, it does suggest, in an indirect way, what the main difference between these two sections is: potential accolades, which in turn can help the sales of the film.

In terms of press coverage, both sections have gala screenings preceded by red-carpet events and press conferences and photo calls, so there is not a very big difference there. But as a local Competition title, Avati’s film might have picked up at least a minor award – the subject of Alzheimer’s disease suggests a potential acting award contender – as juries often try to throw a bone to the host country of the festival. With Müller’s offer of a non-competing slot, this possibility vanished for Avati. His film will now probably premiere at the Rome Film Fest in October.

Celestini will no doubt be happy about this minor and largely local controversy, as it only adds to the must-see status of his film, which is indeed up for the Golden Lion or any of the other Competition awards. 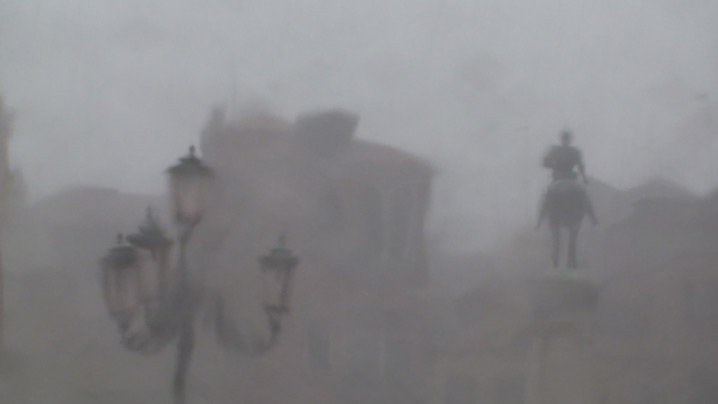 The director’s first feature, Cold Showers, showed a keen eye for how simmering sexual tensions and physical needs and excesses could undermine the proper construction and functioning of long-term relationships. That film focused on young protagonists played by inexperienced but totally natural actors, so it will be interesting to see if Cordier is capable of working the same magic with his over-30 protagonists, all played by seasoned thespians (Marina Foïs, Elodie Bouchez, Roschdy Zem, Nicolas Duvauchelle).

One of Italy’s must personal filmmakers tackles another book adaptation after his second film, In Memory of Myself, which showed that Costanzo is a great stylist capable of translating inner turmoil into breathtaking sensorial moods and visuals, and exploring abstract themes such as choice and faith and how these elements inform one’s personality in a wide-ranging but always clearly intelligible manner. The director seems like a perfect fit for the adaptation of The Solitude of Prime Numbers, the eponymous, hard-to-describe novel of ideas by literary Wunderkind Paolo Giordano.

Greek-born Tsangari co-produced the two films of Yorgos Lanthimos, his debut Kinetta and the Cannes Un Certain Regard winner Dogtooth. Lanthimos is one of the producers on this debut, which could be part of a new generation of Greek filmmakers that are developing their own cinematic language and way of looking at the world. It is also one of only three titles directed by a woman in the Competition line-up, besides new work by Sophia Coppola and Kelly Reichardt (which is still three more than in the Cannes Competition earlier this year).

Out of Competition: Andrucha Waddington’s Lope

Brazilian filmmaker Waddington (House of Sand) shot his Lope, about Spanish Baroque-era writer Lope de Vega, in Spain and in Spanish. Period films and literary pedigree are a recurrent theme in the Venice line-up this year, though this seems to be one of the most interesting titles, especially because Waddington, as a foreigner and non-native Spanish speaker, might bring something interesting to the table here. The star cast includes beauties Sonia Braga and Pilar Lopez de Ayala as two potential lovers of Vega, and Cell 211 breakout star Antonio Ammann, in his second starring role, as the author himself. Luis Tosar and Leonor Watling co-star.

The Horizons section has been revamped this year and now also includes short and medium-length works to better reflect the evolving nature of contemporary cinema and filmic works. One of the titles that is most likely to illustrate at least one of the “new directions” of cinema that Horizons nominally showcases is this documentary from Catalan director Guerin, whose minimalist cinema and oeuvre (which includes just a handful of titles since his feature debut in 1990) has some strong champions in the festival arena but who remains a total unknown for general audiences or even regular arthouse goers.

Pasquale Scimeca’s I Malavoglia is another book adaptation, this time based on the eponymous 1881 novel from Giovanni Verga that Visconti earlier adapted as La terra trema. Scimeca is a Sicilian theatre and film director who often works in Sicilian and who here updates Verga’s most famous work to a contemporary setting. This notoriously uneven director—his 2005 film The Passion of Joshua the Jew was all sorts of awful—is certainly not afraid of challenges and has adapted one of Verga’s works before: Rosso Malpelo. 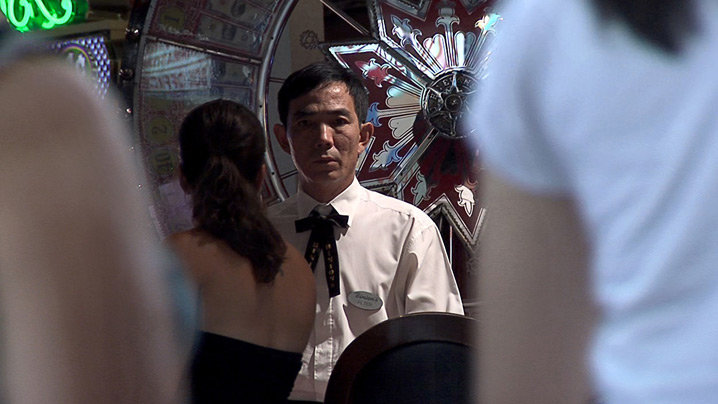 The world’s oldest auteur and also one of the most prolific, Manoel de Oliveira has another short on the Lido, but it is not the only non-feature that will attract attention with a name brand. Belgian title Stardust showcases one of the last roles of iconic actor Dennis Hopper. The real reason this film should be on everyone’s must-see list, however, is the artist-filmmaker at the helm: Nicolas Provost. The experiments with form and film language of the Flemish director make him an ideal fit for the Horizons section.

Tucked away in the Venice Days section that is always good for a discovery or two, this first feature from Jairo Eduardo Carrillo and Oscar Andrade is an animated documentary that, much like Waltz with Bashir, looks at a conflict that might be too painful to confront directly through the filter of animation. The directors here look at the lives of four Columbian children whose lives have been uprooted by the conflict in their home country, and interviews with them and drawing made by them are the basis for this potentially fascinating and powerful project.

A new generation of Turkish filmmaking talent has quietly grown up in the shadow of Cannes darling Nuri Bilge Ceylan. Yüce makes his feature debut here with Majority after working as an assistant director on Fatih Akin’s The Edge of Heaven, the Akin-produced Takva: A Man’s Fear of God, and Yesim Ustaoglu’s Pandora’s Box. What these dramas have in common is that they look at Turkish society with a sharp and critical eye while never letting their socio-political ruminations take precedence over their narrative- rather than issue-driven stories; they never reduce the specific characters in their stories to clichéd stand-ins for larger groups of society. Hopefully, this will also be the case for Majority, which looks at a son’s infatuation with a Kurdish girl, and the problems this creates with his father.

Italian cinema has a tendency to look inward and fall back on long-established patterns and traditions, but when it does look outward, it occasionally produces a fascinating film. The first film of Saverio Costanzo (see above), Private, is an example of this, as it explored the Arab-Israeli conflict within the confines of one house. Controcampo Italian, a section that debuted last year, should function as a showcase of Italian work that breaks established moulds and also appeals to foreign viewers, rather than as a simple end-destination for Italian films for the Italian market that don’t fit in any of the other sections but whose distributors want them on the Lido. Amadei’s fiction film looks at the Italian military presence in Nassyria, Iraq, that resulted in a bloody tragedy for the Italian forces. The material, based on real-life events, is potentially explosive both as a film and as a political hot potato.