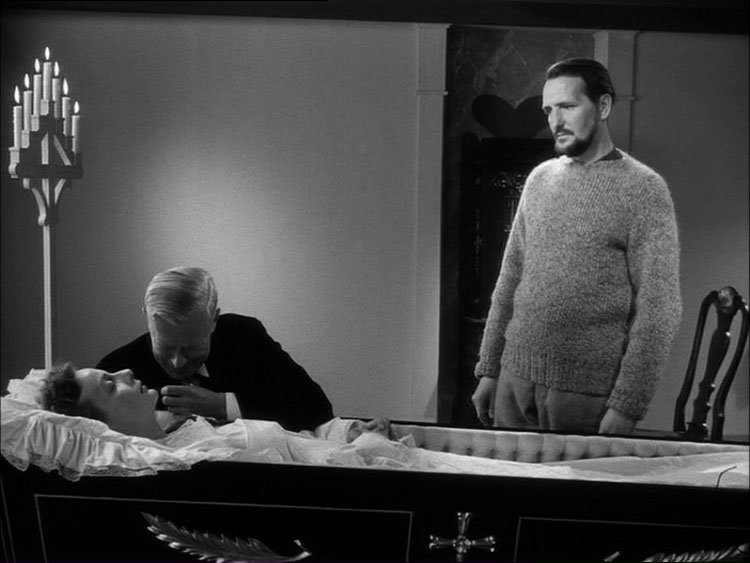 The Passion of Carl Dreyer opens tomorrow at BFI Southbank in London and runs through March 23. The complete retrospective will not only feature rarely screened early works such as the newly restored melodrama The President (1919) but also an extended run of what many deem to be Dreyer's best, Ordet (The Word, 1955) — indeed, for Jonathan Rosenbaum, it remains "one of the greatest of all films," period.

The British Film Institute is kindly making a copy of its release of Ordet on DVD available to one of the lucky souls who can answer this question: What's the name of the cinema Dreyer ran in Copenhagen?

Even if the name's not on the tip of your tongue, it shouldn't be too hard to dig up, which is why we're going to have to choose a winner at random from all those who answer correctly. It'll be worth the dig: the BFI edition of Ordet features a half-hour documentary on the late cinematographer Henning Bendtsen and the making of the film as well as two of Dreyer's shorts, Thorvaldsen (1949, 10 mins) and Storstrom Bridge (1950, 7 mins) and an illustrated booklet including essays by Dreyer scholar Casper Tybjerg (University of Copenhagen) and Philip Horne (University College London).

As a bonus, the BFI is also offering a second prize to a lucky someone planning to attend the retrospective in London: a pair of tickets. To enter, submit your name, address and email here. And if you'll be in London for the retrospective and want a shot at the tickets, please say so in the body of your message.

Update, 3/9: We have our winners, who'll soon be notified. Many thanks to all of you who participated!

Meantime, the Guardian's Peter Bradshaw gives 5 out of 5 stars to this film "with a hypnotic, irresistible stare﻿."