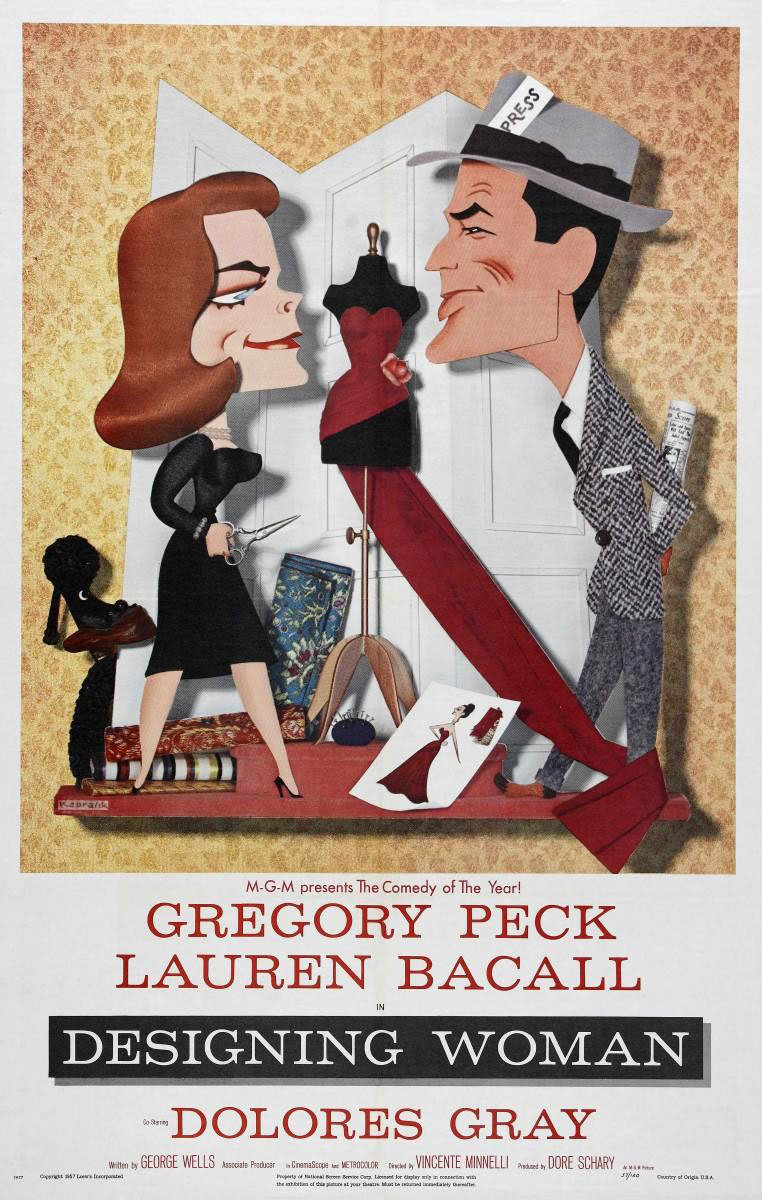 To tie in with the essential Complete Vincente Minnelli series running all this month at BAM, I started looking at Minnelli posters with the hope of finding something interesting. Surely the most stylish of Hollywood auteurs would have bounteous posters to match his visual élan and dazzling color palette. However, with the exception of the iconic Gigi poster, an oddity like The Four Horsemen of the Apocalypse, or the two striking 1970 designs for On a Clear Day You Can See Forever, most of his posters are fairly conventional illustrations on the order of The Pirate.

One poster that caught my eye though was this alternative poster for Designing Woman (1957) (the better known version is this). A photographed 3-dimensional montage made out of cut up paper, cloth and other objects, the collage is the work of Romanian emigré Jacques Kapralik (1906-1960). A talented caricaturist who drew cartoons for newspapers in Bucharest while still a teenager, Kapralik became one of the best known caricaturists in Hollywood in the 40s and 50s﻿, starting out with Paramount and 20th Century Fox before becoming most closely associated ﻿with MGM. Specializing in collage, his “shadow-box” assemblages were used mostly for trade ads, as well as for the covers of MGM’s The Lion’s Roar magazine published during World War Two. The cover below from 1942 features William Powell and Hedy Lamarr in Crossroads. 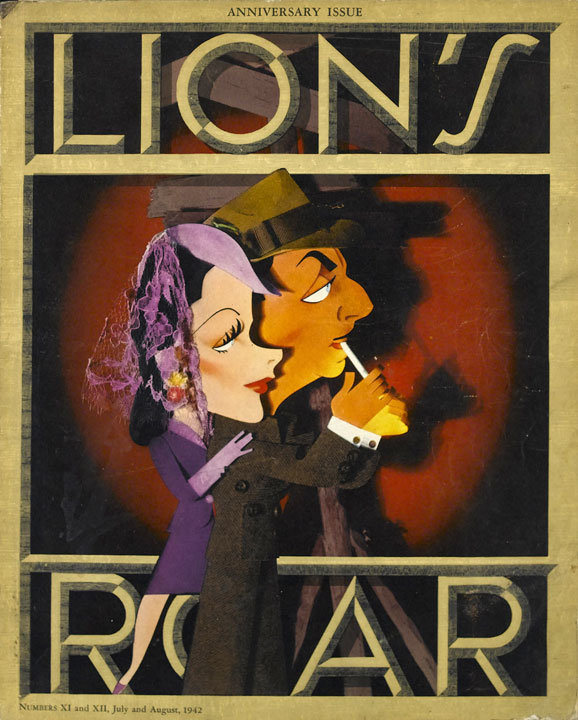 Kapralik did design a number of movie posters, including these below for Rouben Mamoulian’s Silk Stockings, Don’t Go Near the Water (both from 1957, the same year as Designing Woman) and Best Foot Forward (1943), in which I especially like Lucille Ball’s hair made out of yarn (click on the poster to see the detail). 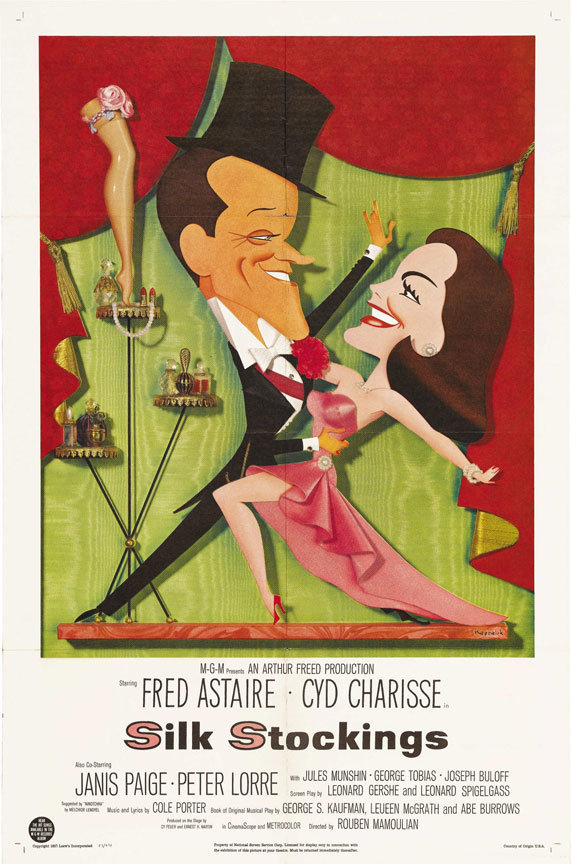 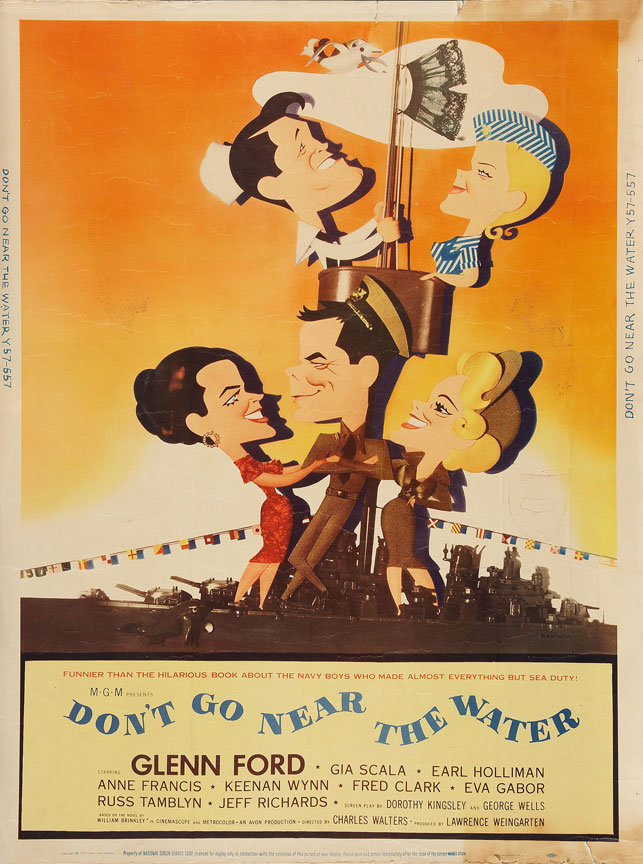 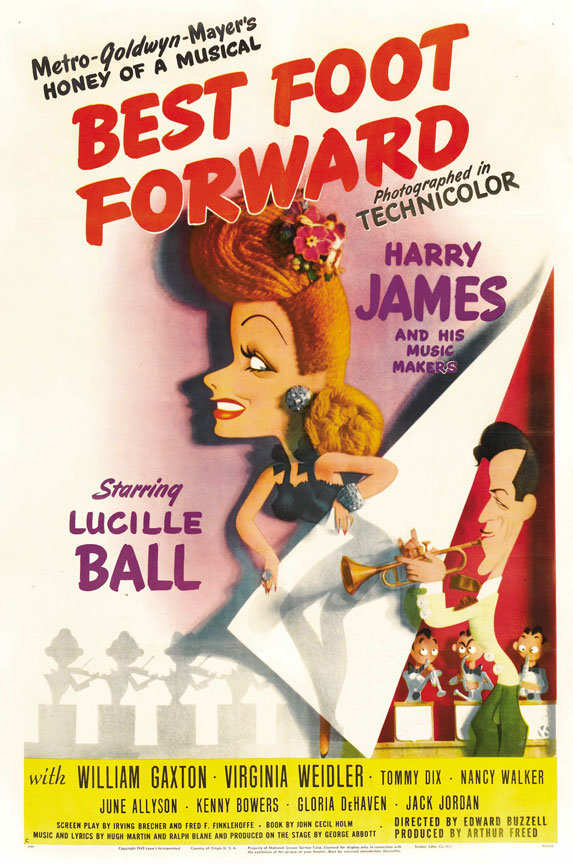 MGM also used his skills for title sequences, including those for Her Cardboard Lover and Presenting Lily Mars (seen below). 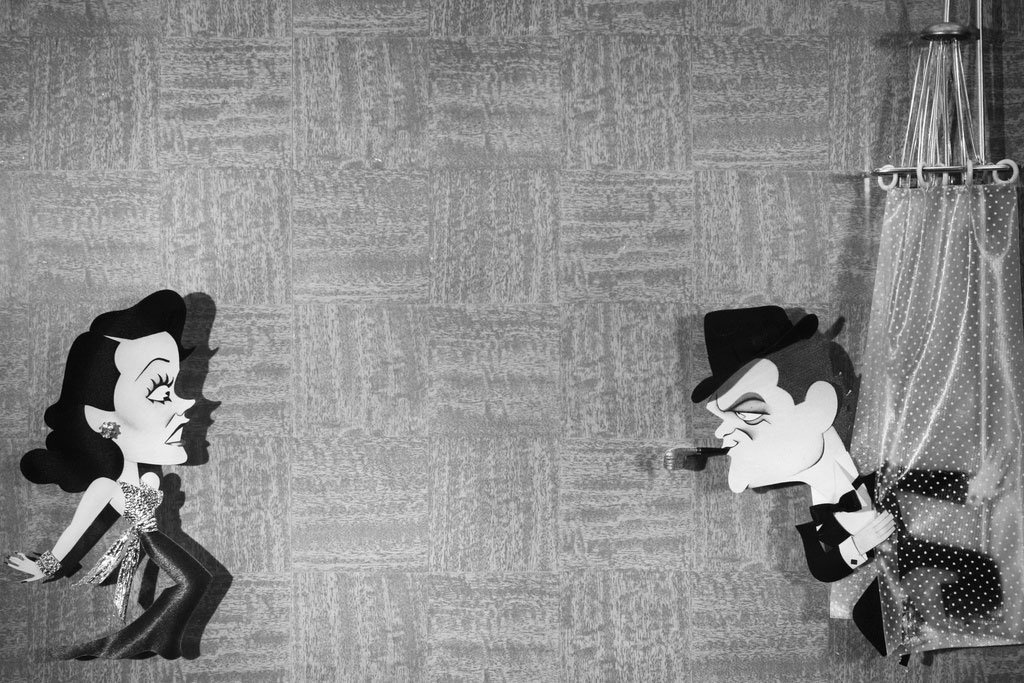 But since it was Vincente Minnelli who started this whole thing off, I want to end with one of my favorite Kapralik pieces, a herald for Minnelli’s The Clock. A herald was a promotional flyer that sent out by studios to be distributed at movie theaters; this one is more elaborate than most with its cut-out window that opens up to reveal Robert Walker and Judy Garland underneath, adding yet another dimension to Kapralik’s montage. 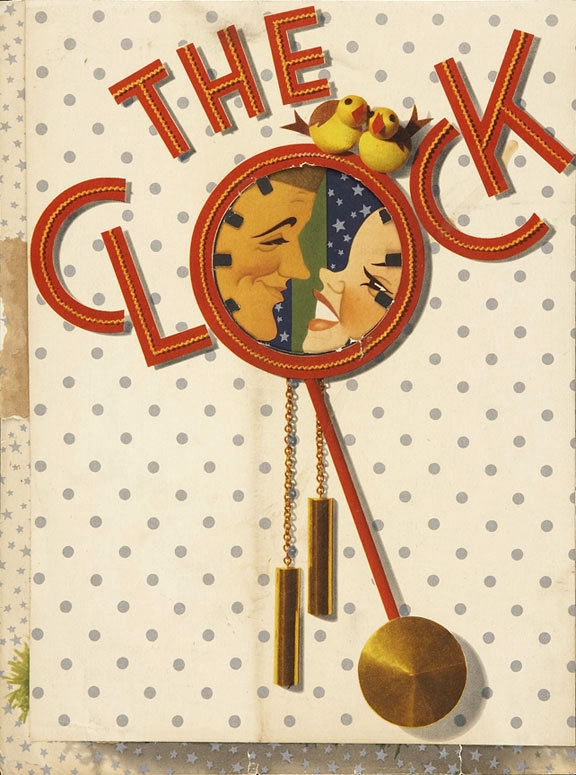