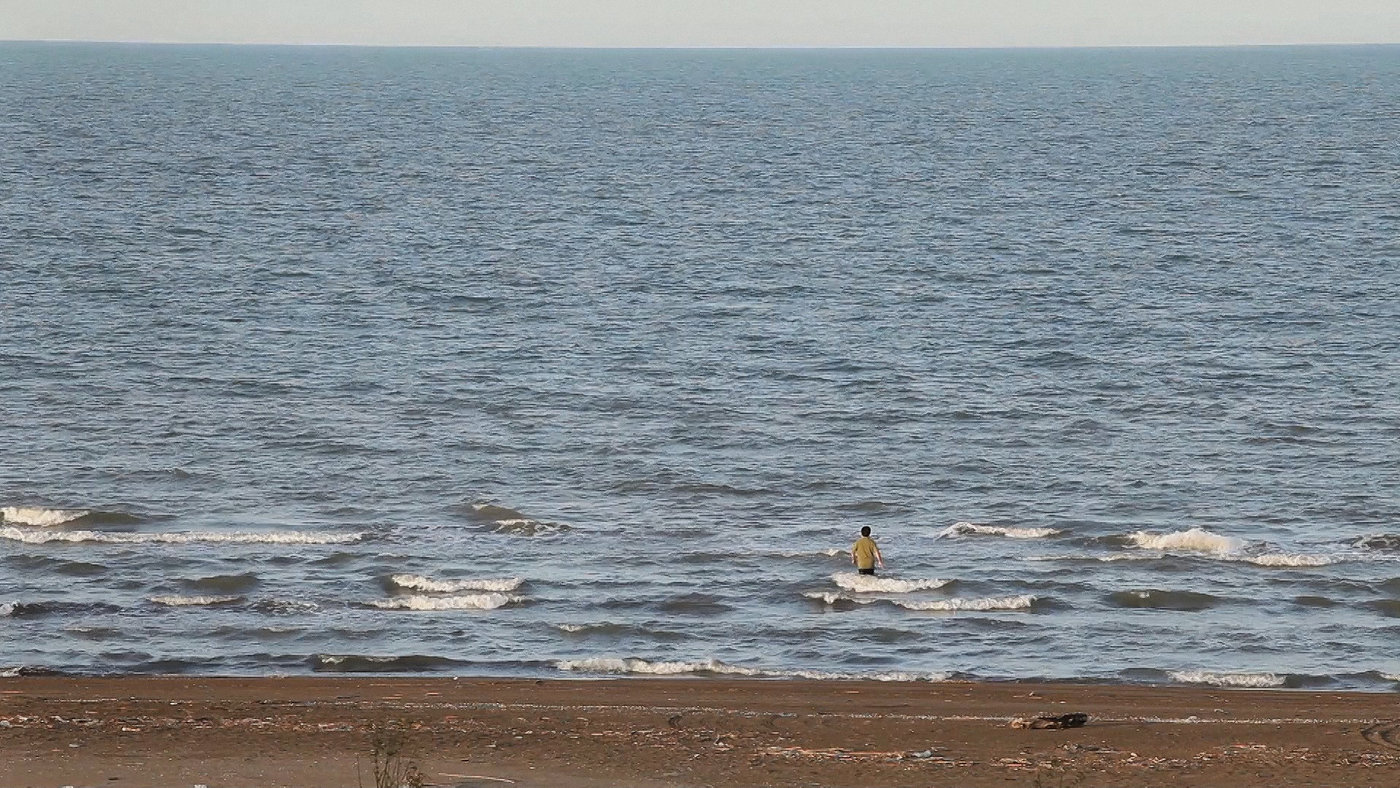 Though it may lack some of the urgent potency of This Is Not a Film's profound implications, both political and philosophical, Jafar Panahi's second "not-a-film" is more formally sophisticated and intricate, an elegantly and movingly directed confession of the director's declining morale. If This Is Not a Film was a "statement" movie that took its limitations and Panahi's situation to make broader points about art and cinema, Closed Curtain sets itself apart as a more introspective look at a man prohibited from the world of work that has defined his life. Less concerned with playing up the restrictions on Panahi, which have been overblown since his film was smuggled into Cannes two years ago, the film emphasizes not the lawful limitations of his life but instead an existentially crippling alienation.

The film begins with a man (co-director Kamboziya Partovi﻿﻿) and a dog entering a villa﻿, paranoid that he will be discovered there. He puts up curtains everywhere and stays inside. But a strange woman arrives asking for help. Seemingly just a person in need, she is revealed to be something else, as is the "protagonist." To leave the surprises of the film to be the viewer's to discover, let's just say the simple elements of the story are subverted, eventually unveiling an allegory of sorts about cinema's role in Panahi's life (and his own role in life itself).

Aside from being a single-location film, it shares only context in common with This Is Not a Film. Again Panahi integrates iPhone footage but this time not with playful spontaneity but with rigor. This is as carefully composed a film as he's ever made and in some ways his most accomplished. When the film touches on suicide, it becomes almost uncomfortably naked, and the notion that Panahi could "give up" is a disheartening one. But how could he? He's still a man with a movie camera, no matter what any authorities may think. Even if he is playing into the distorted perception of his situation, it is to make himself a symbol, that of the oppressed but not the defeated—﻿something the film's final image asserts. 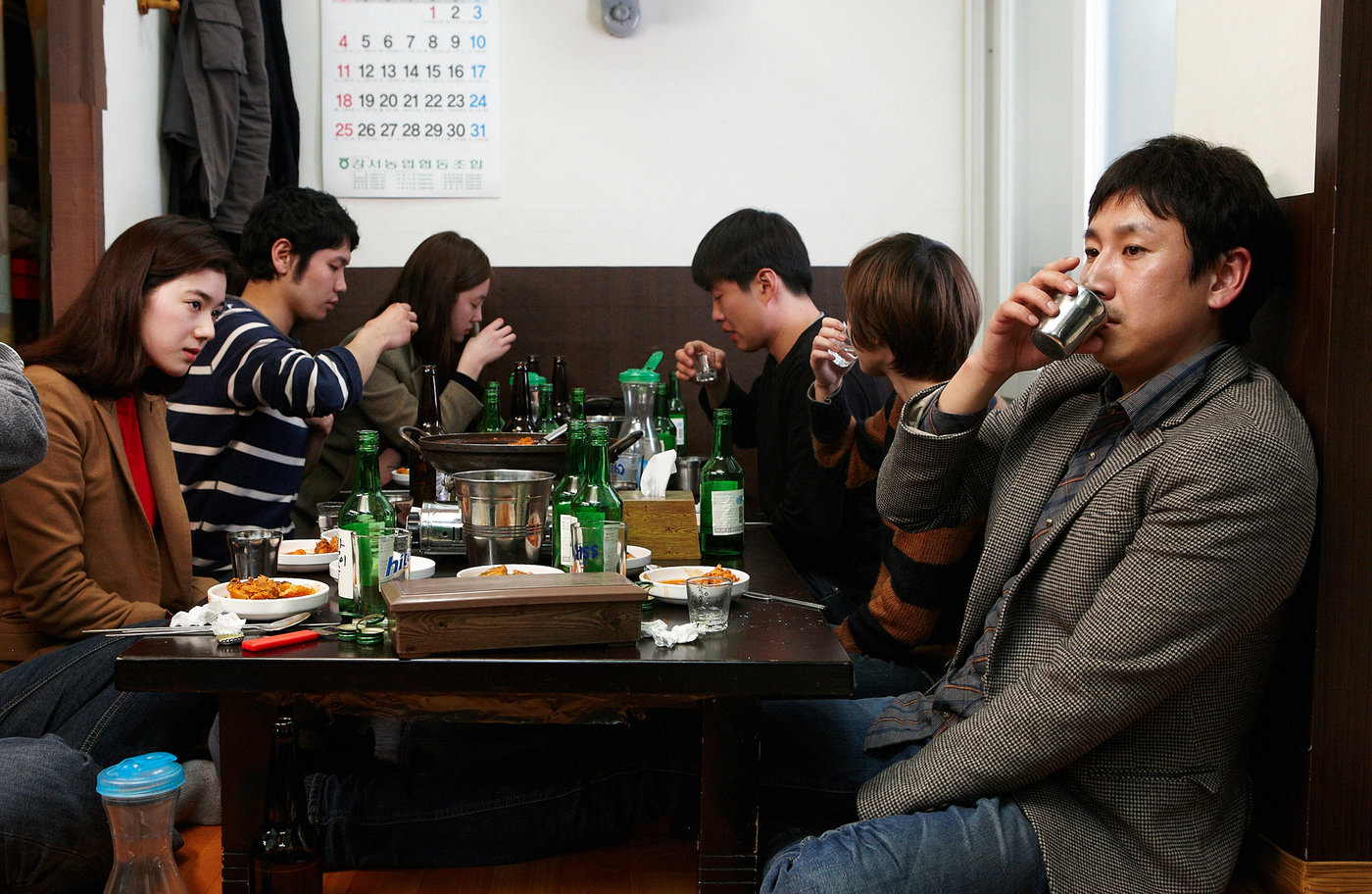 Hong Sang-soo's films occupy an interesting territory in the world of cinema. It's rare to hear of anyone declaring any of his films a masterpiece, but it's even rarer to encounter dissent regarding his consistency. He finds himself playing a role with little pressure (allowing him the comfort to be modest yet prolific). Many expect a good Hong film each year, and can anticipate its pleasures without knowing of its unique qualities. Perhaps this could be said of any auteur, but for Hong, there's less scrutiny than for other festival staples. This unassuming nature is deceiving, however, for Hong has, much like Apichatpong Weerasethakul, Tsai Ming-liang, and others, modeled his cinema as a shifting universe, an oeuvre that builds on itself consciously with recurring elements. Though Hong's universe of film profs, drunk students, and romantic woes may seem limiting in relation to the aforementioned directors, his world is nevertheless an expansive one that evolves film by film. Slight gestures are unforgettable, such as one involving an umbrella in last year's In Another Country, and with ambiguous instances of déjà vu﻿, overlapping scenarios, and maybe-a-dream-maybe-not moments, his cinema has become, as quietly as possible, one of mystery.

Nobody's Daughter Haewon subtly creates a world where every character answers to love with little certainty, obliged to keep relationships going that don't satisfy them. Hong continues his slight detour from his ongoing deconstruction of petty male behavior and insecurity and focuses his attention on the female title character. Far from an innocent victim, Haewon never seems happy, at least not after her mother departs for Canada early on. Between the film's central relationship—﻿a rather painful one with Seongjun﻿, a film professor (of course)—﻿and the others that are peripherally implied or presented briefly, the closest thing to a successful romance is the seven-year long affair Haewon's friend has with a married man. Other romantic options are presented for Haewon: there's a potential suitor who she encounters in front of a bookstore, the very same location (a typical example of the director's intricate play of repeated spaces)﻿ where she'll meet another kind stranger she drinks with only to return to her affair.﻿ There's something tragic about these characters, who probably should not be together. Haewon tries to break it off with Seongjun﻿. We see him crying at a park bench listening to Beethoven's 7th. It would be a funny image if it weren't so sad. 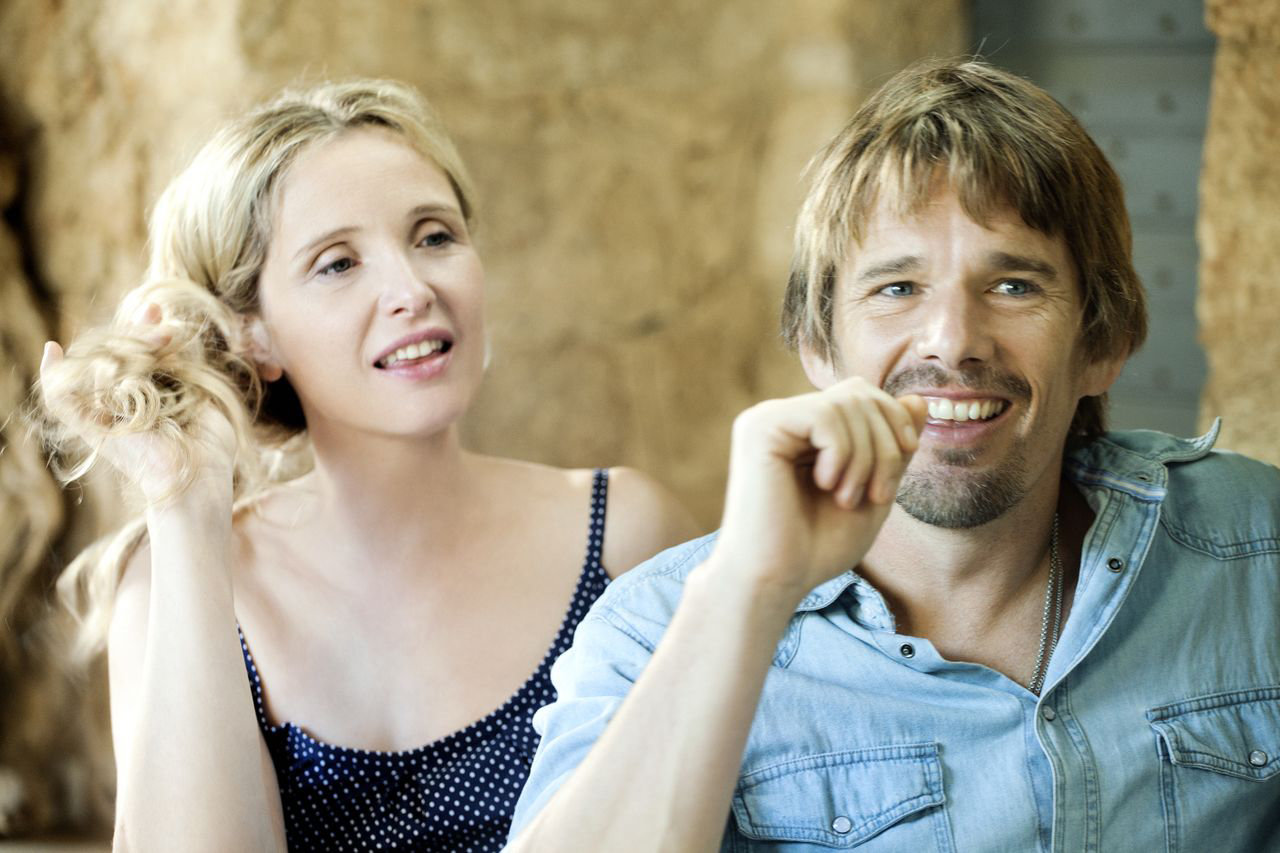 I'm not usually averse to spoilers, but Before Midnight is a film that should not have its many pleasures squandered or even slightly muted by reading about it before seeing it. Proceed with caution.

The reunion of the best conversation partners in cinema concludes the trilogy closest to perfection that I know, executed with relaxed mastery by its three founding artists. All three of the "Before" films interact in ways beyond what their linear succession might suggest. Each has its own set of themes, approach, and acts as a document of a very different state; they all help shape each other's meanings, a quality brought out by the (maybe) final film.

If Before Sunrise was a male dominated dream of an American-minded  European fairy tale, Before Sunset was partly its sobering deconstruction, a less romantic, more adult look at connection. Before Midnight is another step along that path, in which the inevitability of conflict and insecurity is looked at with honesty and reduced optimism. Clearly opposed to the idea of two-become-one, Linklater's film studies how the individual trajectory of two partners comes between them. In particular, we see how arguments become excuses, or shielding techniques avoid a lonely internal battle with personal issues, a sort of sharing the load at the expense of your lover's happiness. Delpy and Hawkes are fiercely honest here, allowing their endearing characters to expose their worst qualities in addition to their best. Dominated by effortless long takes with pages and pages of dialogue, Midnight is as much a directorial triumph as it is a stage for its performers, with the graceful touches of beauty the director has always seemed to get away with without notice.

I discuss some of the above points in an impromptu podcast recorded immediately after walking out of the cinema. Invited to speak with Karsten Meinich and Lars Ole Antikristiansen (of Montages﻿ and MUBI Norway) on their podcast Filmfrelst﻿ along with fellow guest Andrew Grant, we found the quietest place we could in the vicinity and recorded our very first thoughts on the film. We each argue for our unique standpoints on the film and the trilogy as a whole. However, please heed my warning that it is best to see the film before hearing us discuss it uninhibitedly.