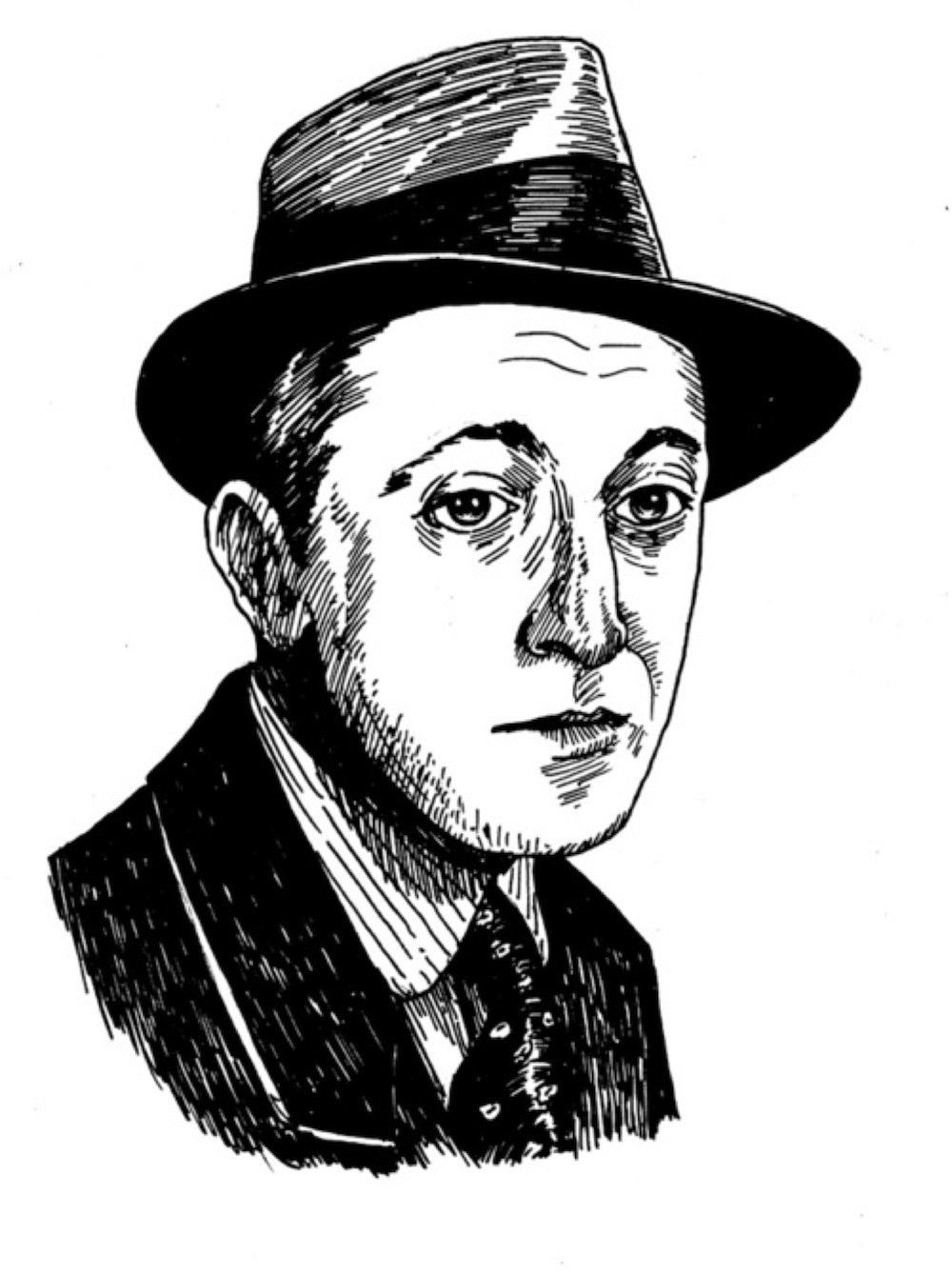 Utterly relaxed in his lumpen condition, character actor Allen Jenkins craves no self-improvement—external circumstances are a perennial cause of concern, but within his skin, everything is pronounced satisfactory. He and the world have agreed to disagree. Imagine a sad and slapdash identikit collaged from discards veering toward Neanderthal.

Jenkins excels as stooges and losers when Hollywood is choked with them. His powerhouse harnessed to stock screen personas, as if to fulfill a collective need of the 1930s, every mother’s son compressed into one hyphenate—the titan-shlump. An American type, ideal for our man Jenkins, who could explode into three dimensions and collapse again; it would serve him well throughout a fairly long career, even as his habitual boozing persisted.

As a hit-man sent to warn off or rub out Lee Tracy in Blessed Event, he lets himself be hypnotized by the fast-and-smooth-talking columnist, and seeing the simian torpedo swept from his mission by these wheedling blandishments reminds one of the moments in cartoons when Bugs Bunny jumps on Elmer Fudd's back and immediately converts him, by sheer force of personality and posture, into a donkey, psychologically at least. Jenkins would himself become a cartoon in later life, voicing the sarcastic but put-upon Officer Dibble in Top Cat, the Hanna-Barbera company's actionable cel-drawing "re-imaging" of The Phil Silvers Show. 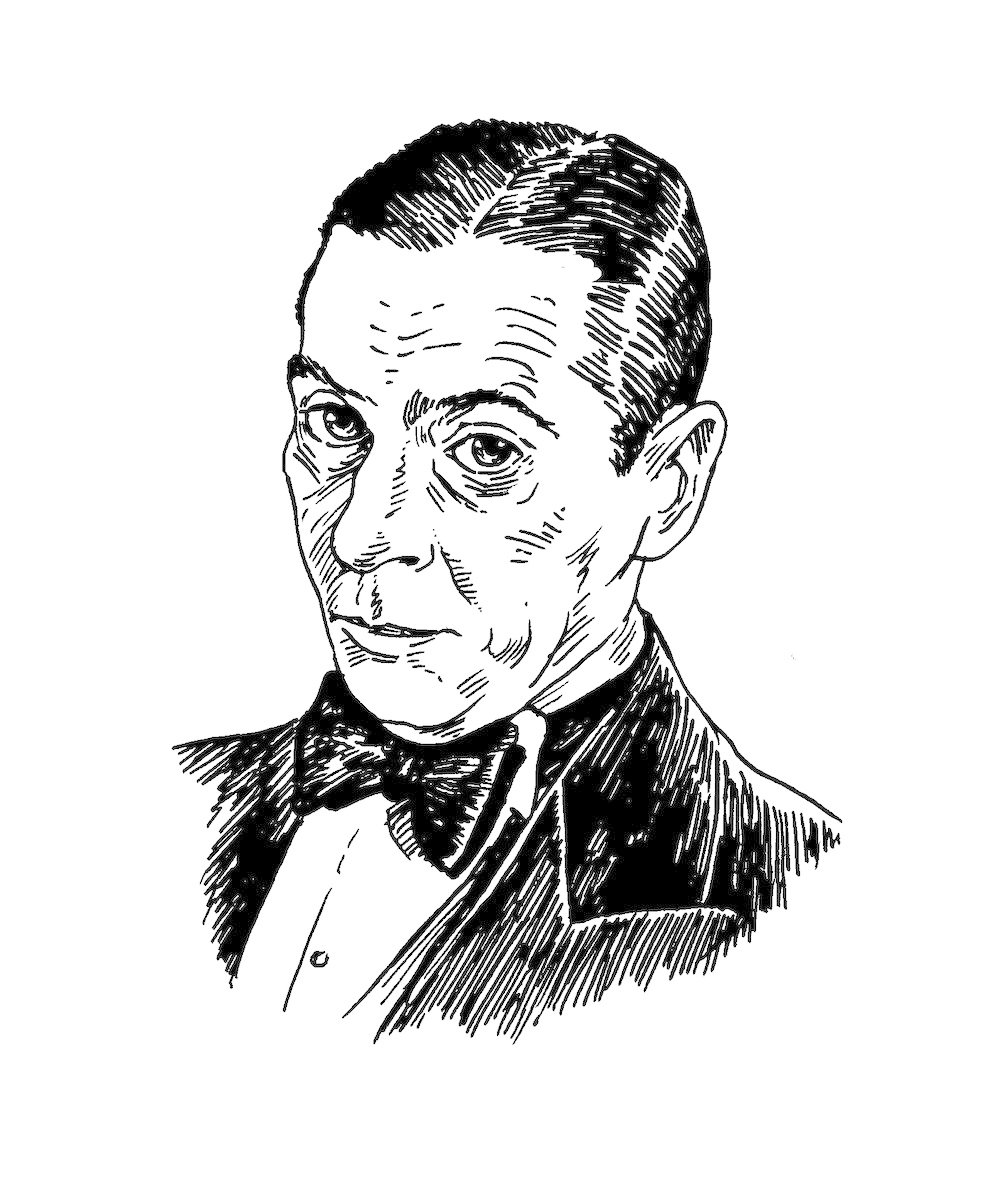 Also ensconced in the good-mug pantheon, there’s the tamped-down jingle of our favorite dispassionate tambourine hustler, whose whole body bespeaks preternatural tightness. Ned Sparks is like a desiccated, clenched Jenkins, fat boiled away to sinew. Thumbs hooked in waistcoat, entire body hanging rigid from arched eyebrows. Lines quacked outside of mouth as if towards an invisible ventriloquist's dummy. At Warners, surrounded by specialists in frantic caricature, Ned Sparks succeeded in being more genuinely two-dimensional than any of his peers, striking stiff poses that aimed at pure cardboard cutout. The Dickensian grotesques around him never quite created the impression of actual flatness—you never suspected that Frank McHugh was being propped up from behind by a diagonal brace.

Studios well knew that the minor was major then—we needed comic proxies, “lesser” stars that could reveal us where we lived. Enter this eerie bauble named Sparks, symbol of our open sewers, tenements and speakeasies. A jack-in-the-box to punish naughty children at Christmas time, Great-Depression coal—more contraption than man, voicing our jittery gall, jangled rhythms and febrile mood swings. “Stop scratching your head... you couldn’t reach your brain with a steam-shovel”—that nasally bark—like some bitter seal with croup.

@notebookmubi
Notebook is a daily, international film publication. Our mission is to guide film lovers searching, lost or adrift in an overwhelming sea of content. We offer text, images, sounds and video as critical maps, passways and illuminations to the worlds of contemporary and classic film. Notebook is a MUBI publication.

If you're interested in contributing to Notebook, please see our pitching guidelines. For all other inquiries, contact the editorial team.