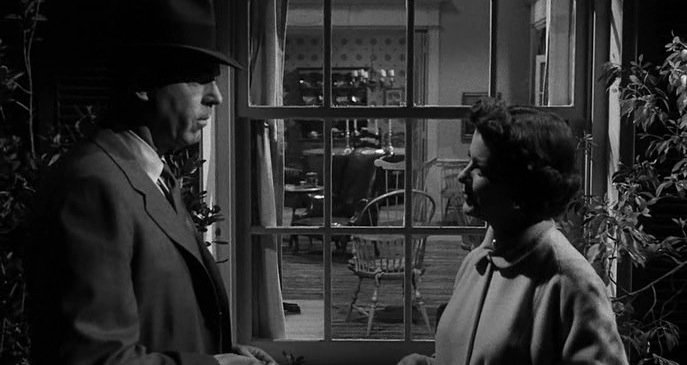 If There's Always Tomorrow (1956) tends to get overshadowed in the Douglas Sirk canon—it's bracketed on either side by All That Heaven Allows (1955) and Written on the Wind (1956)—that may be because it's missing the two elements that define his most famous melodramas: color and Rock Hudson. Sirk's Technicolor films comprise his most widely known, widely praised, and widely available work, and not without reason.  A command of the spectrum is arguably the director's key stylistic trademark and definitely one of his most important, helping him elevate even the flimsiest soap opera material to cinematic expressionism, driving emotions to impossible highs and playing his soulful characters against the seemingly insurmountable artificiality of their world.﻿

So credit There's Always Tomorrow for choosing a format equally suited to its (relatively) toned down narrative.  It's another suburban melodrama, but the gloriously preposterous plot twists of something like Magnificent Obsession (1954) or Imitation of Life (1959) are nowhere to be found.  We never see a courtroom or a hospital bed.  What we have instead are three principles—a Husband, a Wife, and a potential Other Woman—all of whose actions are understandable, but whose goals waver into conflict.  Fred MacMurray is our everyman, in a warmer, less sour version of the characters he played for Billy Wilder.  He has financial security, a lovely home, lovelier children, and a demure, caring, maternal wife in the form of Joan Bennett.  But he also has a restlessness, a nagging feeling that he never got as much youth as he would have liked.  Enter Barbara Stanwyck, an ex-flame-who-never-was.  They meet again with the threat of romance and infidelity, and for a moment the possibilities of the road not taken seem obtainable.  It's a fairly compact narrative, closer to a chamber drama than a spectacle, and it moves towards its conclusion in a steady spiral.  Sirk had originally wanted to end the film on a big symbolic punch, with a plastic toy robot (MacMurray's rather explicit surrogate) falling to the floor and spinning vainly in circles.  But the ending we have is so much more effective, a graceful decrescendo that fits a mind-boggling number of emotional paradoxes into only a few moments of screen time.﻿  In truth, it's difficult to imagine it working as well in color.  Sirk's films are shrewdly attuned to the clash and attraction between artifice and reality, and one of Technicolor's great contradictions is that black and white often does a better job of grounding us in a world we recognize as our own.

This is not to say that There's Always Tomorrow is lacking Sirk's style.  His control of shadows, sets, and blunt-but-effective visual metaphors﻿, like MacMurray and the robot, are all on full display.  But the joy of this certifiably underrated film is how they take on a tenor of their own.  All That Heaven Allows, released just before, famously used the windows of Jane Wyman's mansion as the bars of a palatial jail cell.  That motif is repeated here, with characters constantly viewed through glass, mesh, and grids, looking like they're in prison (or a confessional) and generally getting framed within the material surfaces of their own life.  Yet for the first time in Sirk's work I felt aware not of the rigidity of these surfaces, but of their porousness.  Lines of sight criss-cross through windows, characters encircle different sides of the set, and people pass in and out of the doors to the family's house so many times that I had to wonder if, in a neighborhood this nice, they even bother keeping them locked at all.﻿  Sirk once said that his films were a dialectic between people on the inside and people on the outside, and in ways both literal and symbolic, Tomorrow traces movement back and forth between these spaces. 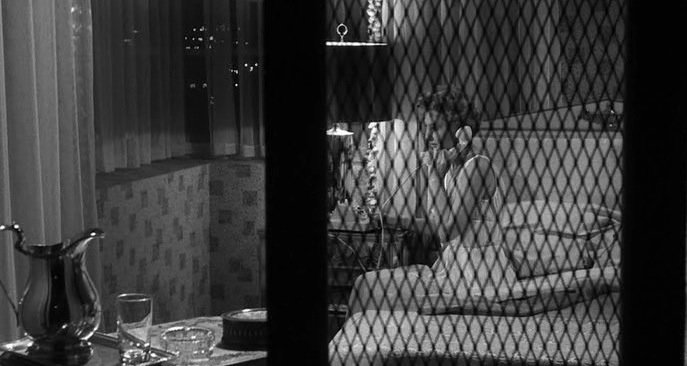 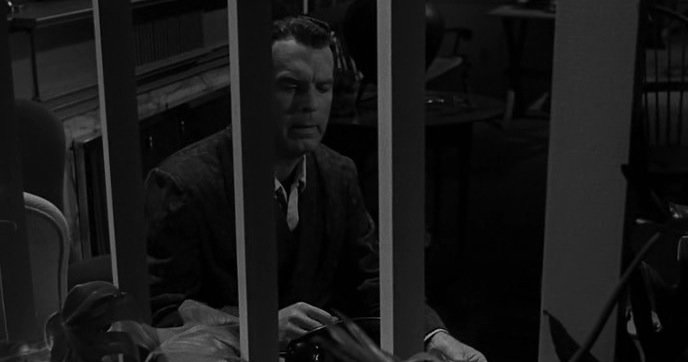 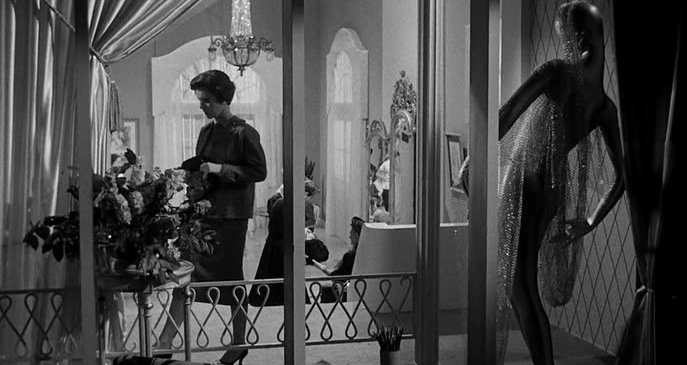 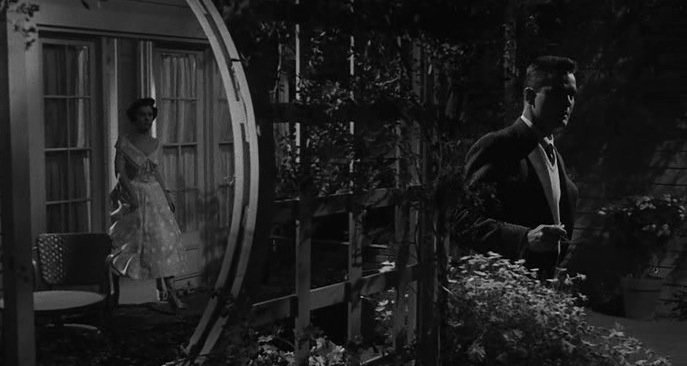 ﻿And it is this porousness, this sense of mobility, navigation, and potential, that makes the film such an effective tragedy.  For all the irony in Sirk's best films, they're unironic in one key regard: a Sirk hero(ine) who bought into the ideals of post-war prosperity is not a sap or a manque, but a person.  The suburban satires of the last twenty-five years often feel too easy, too numb, or too mean-spirited by comparison, and the fadeout of There's Always Tomorrow—which doesn't have a harpy or a cad in sight—leads to one of Sirk's most nuanced conclusions.  Freedom, the kind of total peace his heroes and heroines are always after, isn't blocked by social conventions, gossiping neighbors, economic pressure, slippery cliff edges, car accidents, dramatic irony, or guns that go off at the wrong time.  Freedom is blocked because it was never really possible in the first place.  ﻿The barriers of domestic life are irrelevant﻿; dissatisfaction can come not as a perversion of the natural order (as in All That Heaven Allows) but as a consequence of it.﻿  These explorations of action versus inaction, the limits of prosperity, and the compromises of growing older place There's Always Tomorrow in the camp of Rohmer, Antonioni, and Ozu, even though it never stops being a Hollywood melodrama for a second.  Most of all, it makes you wonder if total freedom was always a dodgy concept to begin with.  Depending on where you are in life, the costs may outweigh the benefits. 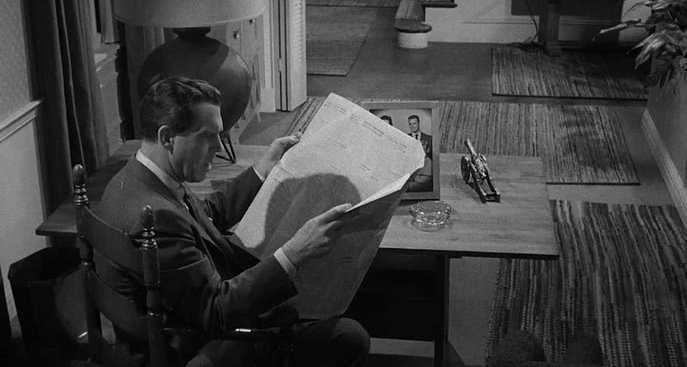 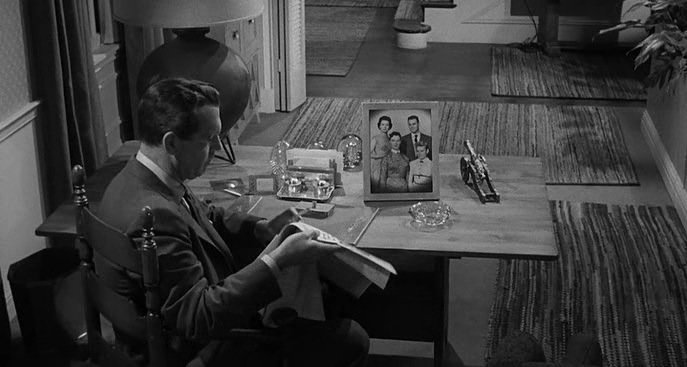 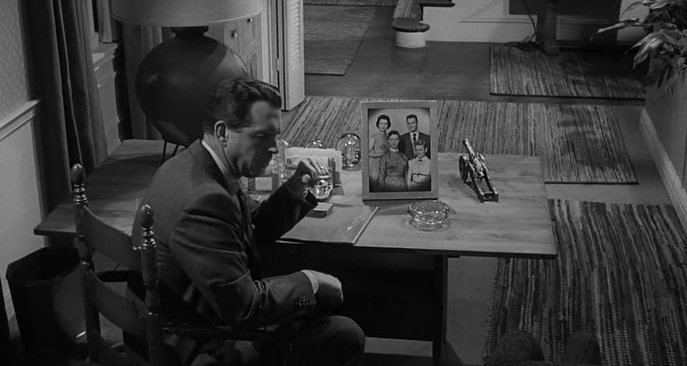 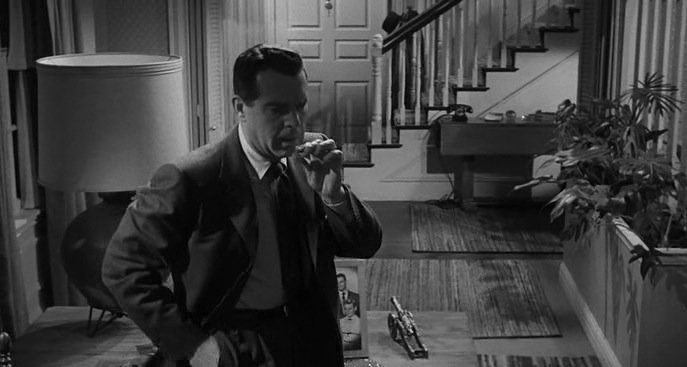 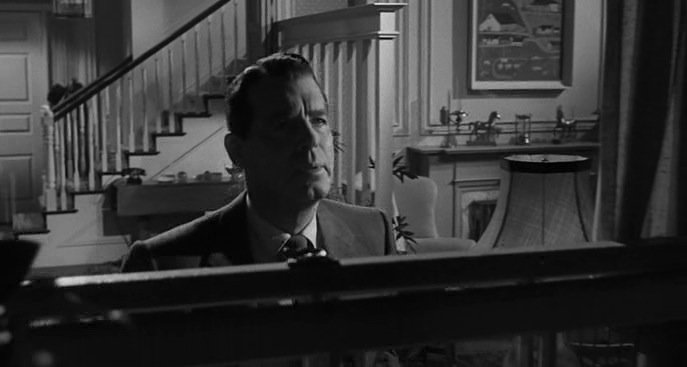 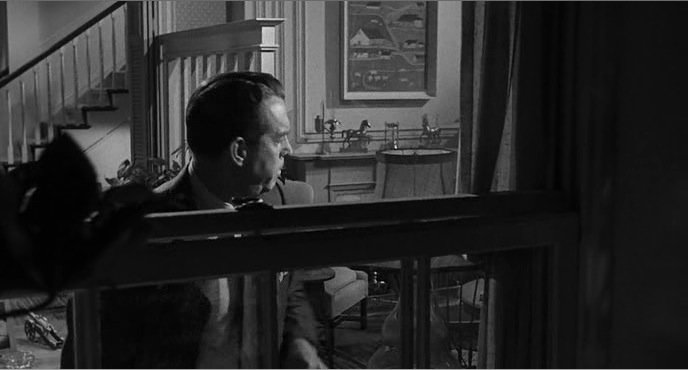 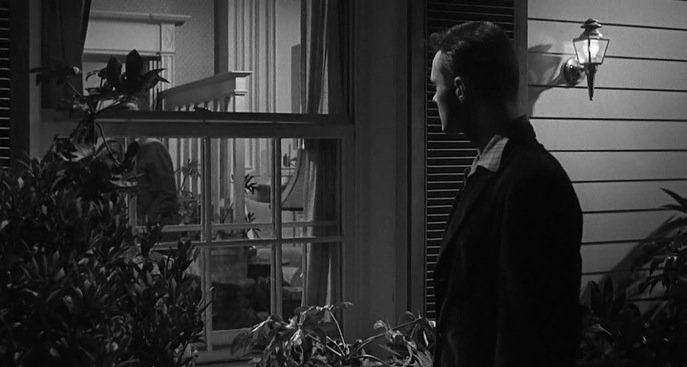 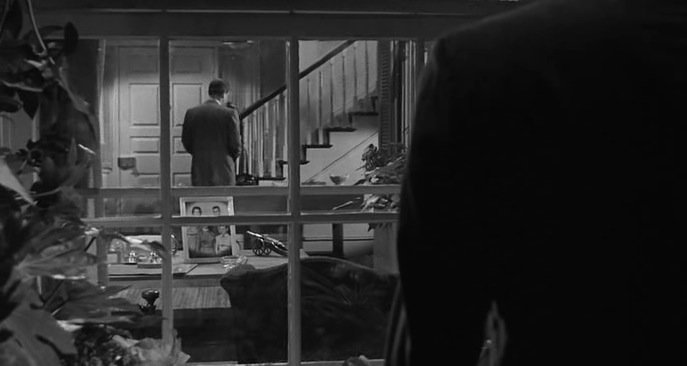