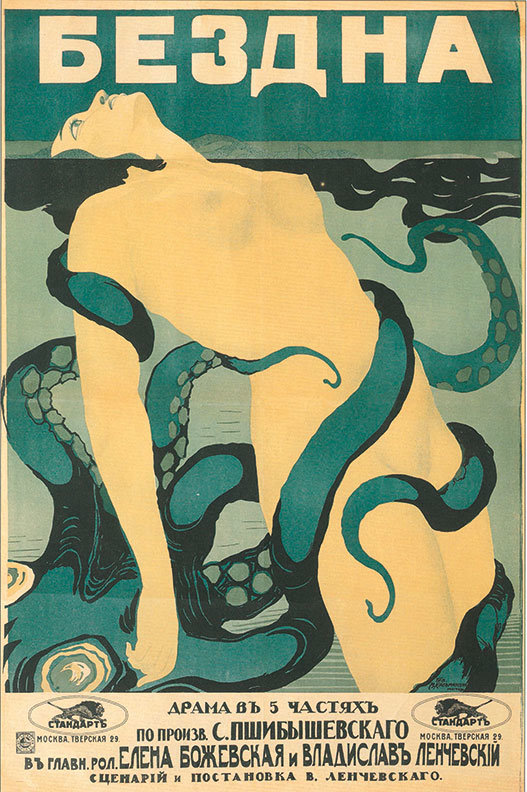 Though anyone with even a glancing knowledge of the history of movie posters and/or graphic design knows some of the glories of Soviet poster design (like the work of the Stenberg Brothers, whom I wrote about last year), pre-revolutionary Russian poster design is much less well-known. Susan Pack’s out-of-print Taschen treasure-chest Film Posters of the Russian Avant-Garde is the bible for Soviet movie poster design, but it concentrates on the work of the 1920s and 30s, so I was pleased to receive a brand new coffee-table book called Russian Film Posters 1900-1930, (though the posters in the book actually range from 1908-1935), which includes not only over 100 full-page posters from the 1920s by the Stenbergs, Rodchenko, Lavinsky, Prusakov et al, but also over 40 posters from the the 1910s.

Influenced primarily by Art Nouveau, whose curves and swirls would soon be tossed out in favor of the geometrics of Constructivism, these early posters are fascinating, though aesthetically a mixed bag, some of them quite crude in execution.

In her introduction to the book, cultural historian Maria-Christina Boerner writes that the birth of Russian cinema exhibition came when Vladimir Romashkov projected his ten-minute film Stenka Razin—recognized as the first Russian narrative film—to the public in 1908. The well-known caricaturist Paul Asaturov designed a poster for the film based on the format of the traditional Russian pictorial broadsheet known as the “lubok,” a print style in existence since the late 17th century which is often seen as the precursor to the modern comic strip. 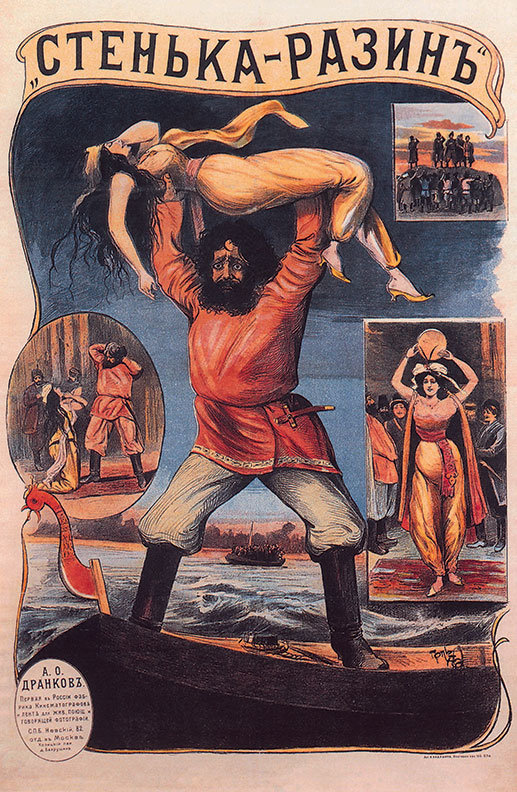 A longer version of Stenka Razin made by G.I. Libken in 1914 had a poster designed by Pyotr Mosiagin in a more Ottoman-esque style. 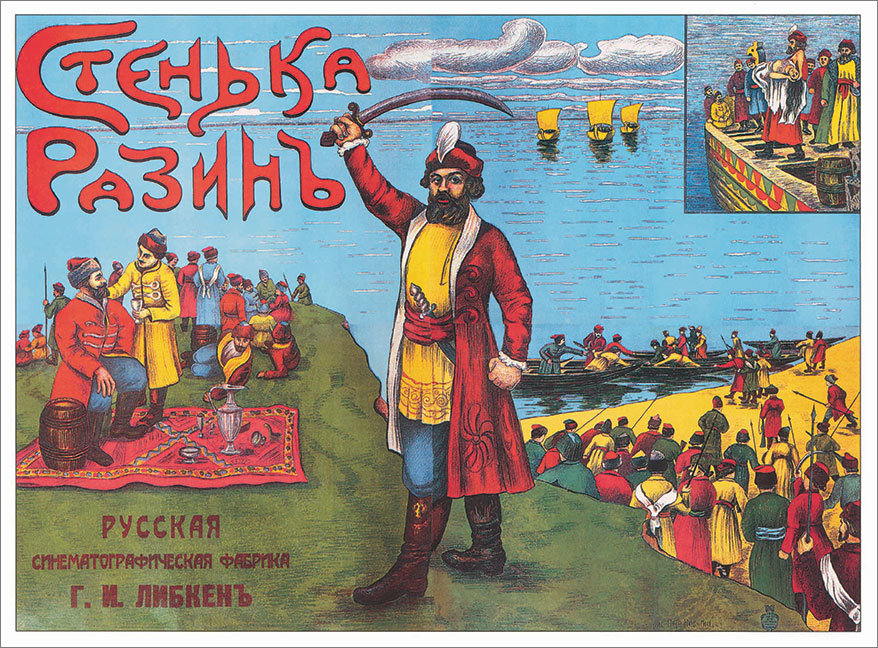 Boerner writes that “like the French masters of poster art, Jules Chéret and Eugène Grasset or the Bohemian-born Alfons Mucha, their Russian colleagues preferred the elegant decorative forms of Art Nouveau for rendering the female form.” Mikhail Kalmanson﻿﻿’s Russian poster for the Polish film Topiel, or The Abyss, (directed by W. Lenczewski), seen above, is a perfect example of this, and one of the most beautiful of the pre-revolutionary posters in the book. Such a decadent, risqué and objectifying rendering of femininity would be unthinkable in the years following the 1917 revolution. (See also the remarkable Being Married By the Satan [sic]).

Below are my favorites of the pre-revolutionary designs. The book contains much, much more. 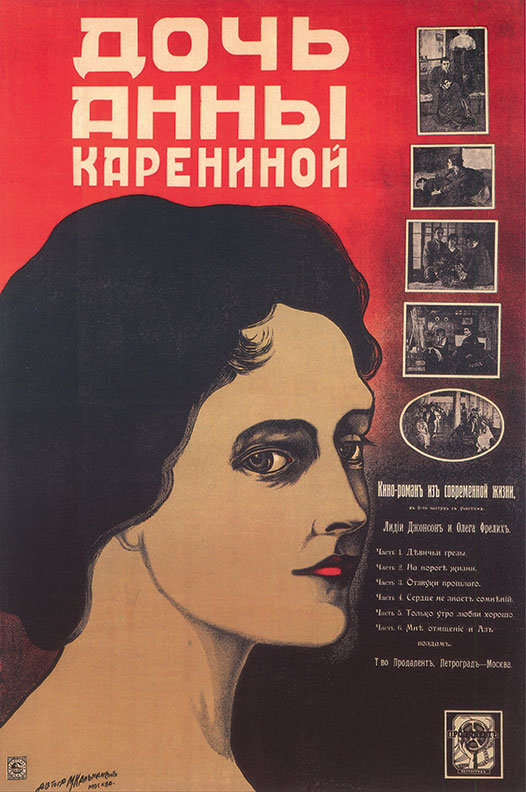 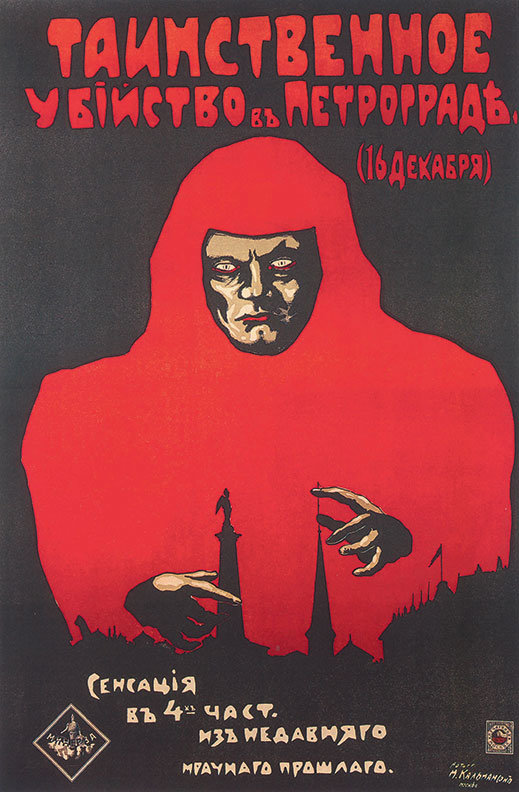 Above: The Mysterious Murder in Petrograd (directed by N.L. Minervin, Russia, 1917). Poster by Mikhail Kalmanson.﻿ 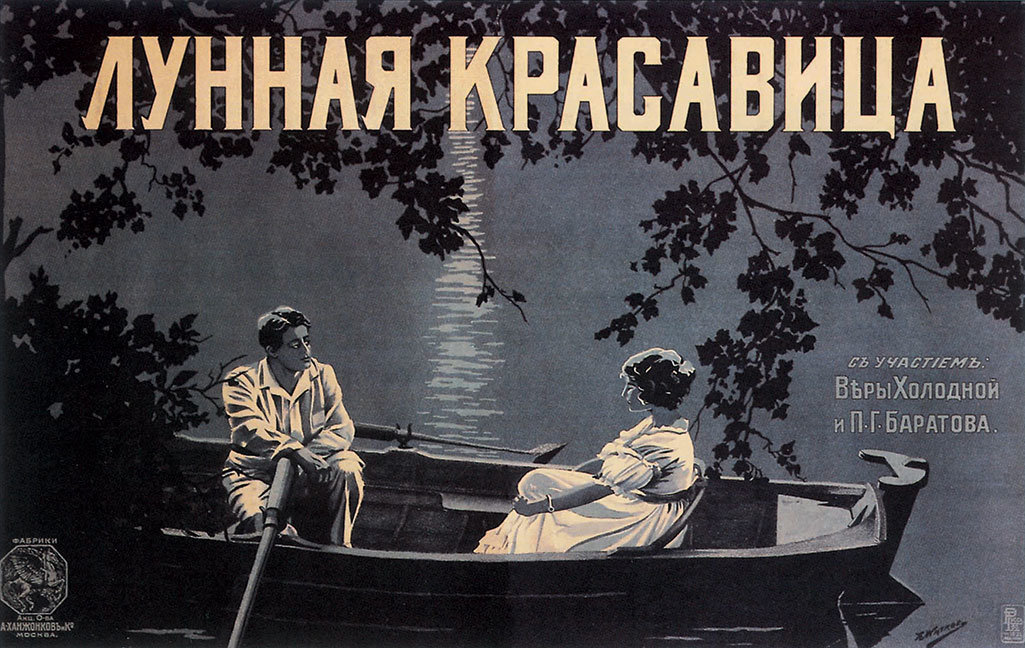 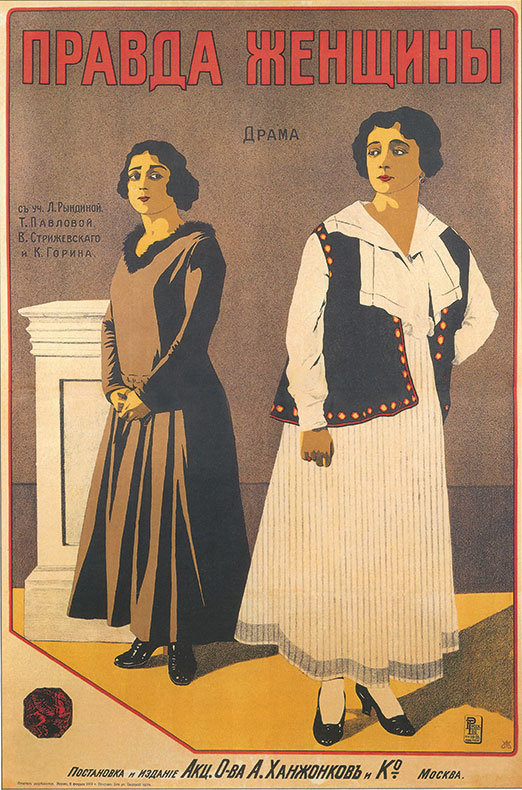 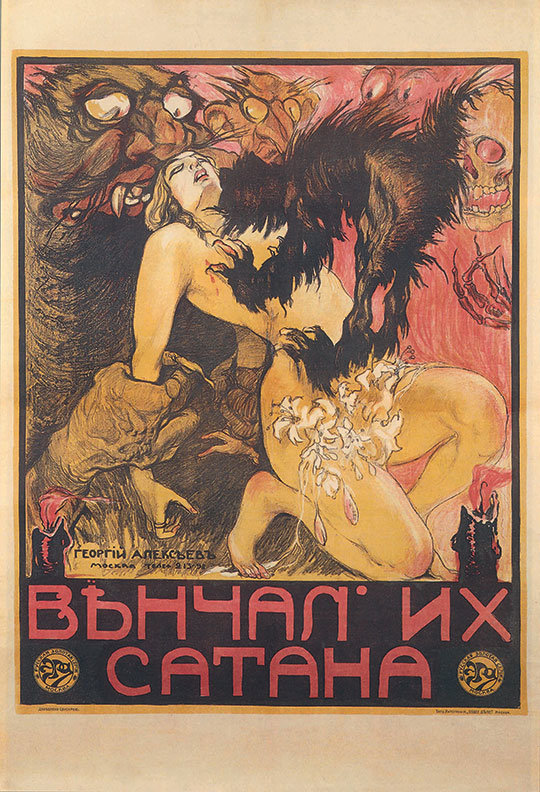 Above: Being Married by the Satan (directed by ﻿V.K. Viskovsky, Russia, 1917). Poster by Georgi Alexeev.﻿﻿ 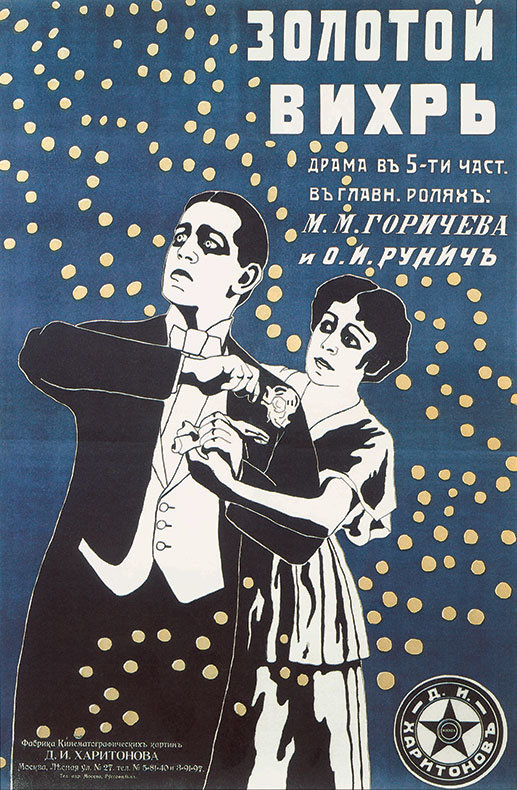 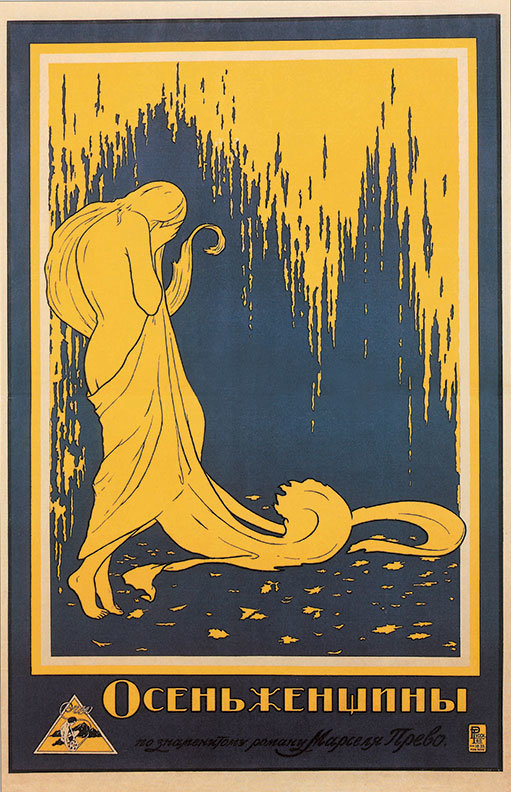