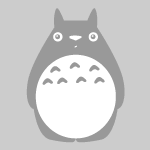 A highly subjective survey of the horror films that have come out of France. I know there are more I’m leaving out, but I don’t think lists of hundreds of films are necessarily useful. Also, with the exception of Irreversible, I’ve stayed away from the new French Extremism.

Also notable, but not on MUBI:

This is admittedly biased towards more recent films, since they’ve been easier for me to track down. Any recommendations on older films I’ve missed are more than welcome.