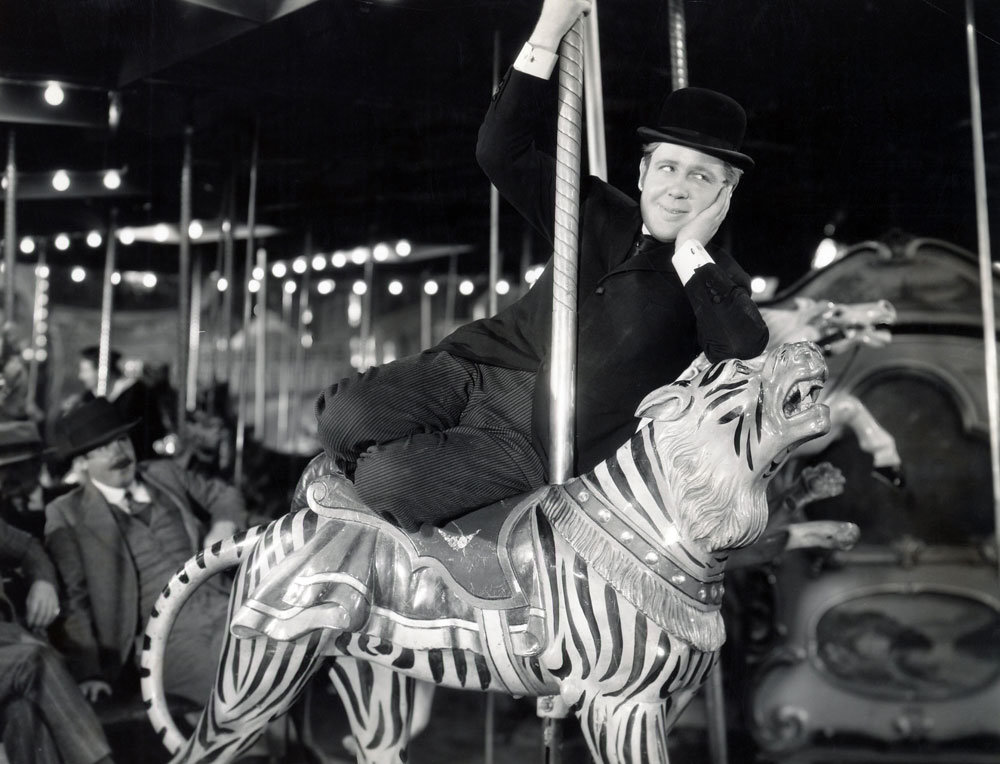 Leo McCarey's 1935 Ruggles of Red Gap gets my vote for the most patriotic American movie ever made. It is purely, beautifully what it appears to be: a comedy about a man forced to take a crash course in American manners and principles who, in the way of many immigrants, gradually comes to love and appreciate the place more deeply than some natives. Ironically, this valentine to the U.S. has been available chiefly in a Region 2 import DVD with permanent French subtitles. But now a 35-millimeter print is getting a run at the Film Forum from April 4-10, ahead of its dual-format release by the U.K.'s Masters of Cinema.﻿

The fish-out-of-water tale concerns valet Marmaduke Ruggles (Charles Laughton), whose employer, Lord Burnstead (Roland Young) loses him in a poker game to Egbert Floud (Charles Ruggles, in a cute coincidence). Floud is a brayingly rustic American millionaire whose henpecking wife (Mary Boland) wants nothing more than to break into high society, an English manservant being one infallible way to do that. Off they all go to Red Gap, Washington, where Ruggles finds his dismay at his situation turning to relish. Eventually the valet finds romance with Mrs. Jordan (Zasu Pitts, brilliantly doing yet another of her flustered spinsters), helps her open a restaurant, and embraces the place he once snubbed.

The film assembles the kind of sterling character actors that we cinecrophiles grieve over on long winter evenings. McCarey, directing the legendarily difficult Laughton, doesn't stint on the supporting players to favor his star; the film includes a lot of master shots that keep everybody in frame and in mind. Roland Young, so starchy at first that his shirts could walk off under their own power, may take the prize, as he learns the joys of egalitarianism via luscious blonde Leila Hyams. Mary Boland's Effie Floud, while clearly a climber, can still make you sympathize with what she has to cope with, such as an argument over her husband's hideous taste that ends with her calling him a "striped bass."  And Charles Ruggles has some of his best moments gussied up in a morning coat and trying to get his valet drunk: "Come on over here, I want ya to meet somebody," he bellows down a Paris sidewalk, oblivious to snooty French stares and the fact that his own servant is trying to pretend he doesn't know him. 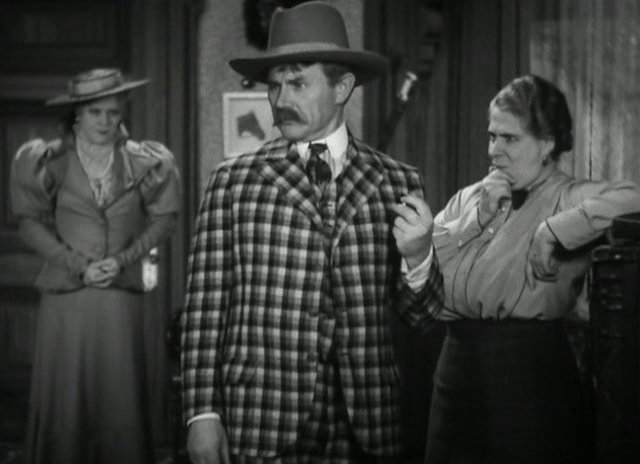 Ah yes, that Laughton drunk scene. Here's a foolproof way to judge an actor's fundamental competence: If he emphasizes the drunkenness, he's hopeless. A person who's truly lit, no matter whether the scene is tragic or comic, is fighting his state every step of the way. Laughton, of course, was far more than competent, and what makes his drunk act paralyzingly funny is that Ruggles isn't even admitting to himself that he's plastered. As he refuses to precede Floud into a carriage, Ruggles has the same old ramrod stance—but the face shows a hint of toddler-like glee, perhaps some inner mockery he could never show when sober. Yet the valet still tries to bring some dignity to each stage of the binge, finally posing on a carousel horse like an overdressed Cupid.

Simon Callow, in his wonderful, thorough book about Laughton, expresses reservations about this performance. He refers to Ruggles as a butler and starts with the notion that while there are all sorts of butlers, Ruggles is supposed to be an Ur-Butler and whatever that should be, Laughton ain't it. Maybe it helps to have no personal experience; I have never once encountered an actual butler and if I did, I would probably address him as "Oh, waiter," like Marilyn Monroe in All about Eve. Which is a roundabout way of saying Laughton seems quite butler- or valet-like to me. Where I really disagree with Callow is when he characterizes Laughton in certain scenes—Ruggles' deep hurt at his employer's casual treatment, the moment where he throws a customer out of his restaurant—as too much, almost seeming to belong in another movie. No, no—that real feeling sprouting through the comedy is what makes it soar.

And nowhere does it soar higher than in the Gettysburg Address scene. Ruggles has told Floud that he wants "to stand on my own two feet.” He's leaving service. Floud applauds him, compares his words to Lincoln, but can't remember what Lincoln said. Floud asks the bartender, the bartender is stumped, asks his waiter, and the waiter goes down the length of the bar asking one food-chewing, beer-swilling, half-passed-out customer after another if anyone remembers. "A fine bunch of Americans," snorts the bartender. And then McCarey, who has shown all this in wide shots, goes back to Ruggles' table, with Laughton slightly out of focus and in profile, beginning to mumble the immortal first lines. Floud asks him to repeat it, and Ruggles starts to do so, very quietly, then louder. 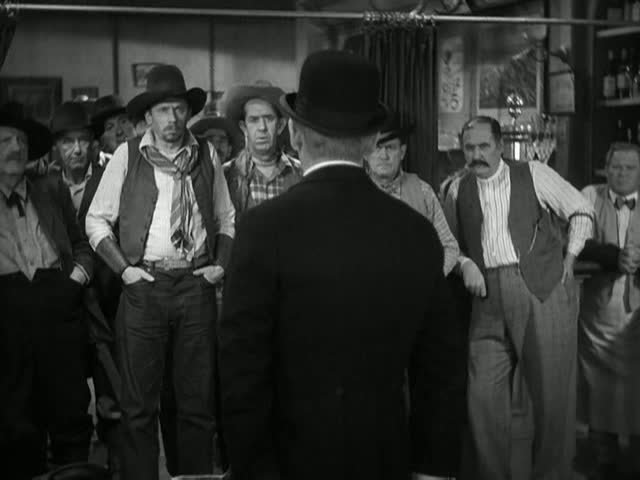 And McCarey shows reactions, bit by bit, starting with Ruggles' table, where Floud and his friend and Pitts listen raptly; moving to flummoxed drinkers at the bar; tracking along with the visibly impressed bartender and the waiter trailing after him; shifting to encompass the other patrons as they come over to listen to Ruggles, varying expressions of bemusement on their faces. Laughton's delivery gains confidence, he stands, we watch his back for a moment, then cut to his face, at first wearing the expression of a man trying to ace an exam. Back to the customers, some faces rapt, one almost hostile—and Ruggles again, gathering strength on "of the people, by the people and for the people," as the speech becomes an oath of citizenship.

A beat, and the bartender says, "I'll buy a drink."

The scene is exquisite, as precisely calibrated in its emotions and effects as anything McCarey ever did. Such was the impact that Laughton often included the Address in public performances for the rest of his life.

I once had an argument, which left me a bit traumatized, with a blog commenter who was maintaining that the Americans in the film are crude and tasteless and Ruggles' resistance to their way of life seems correct. This constitutes one of the biggest funhouse-mirror down-the-rabbit-hole misinterpretations I have ever encountered, but you don't have to go that far to suck the life out of Ruggles. All you have to do is look for what it is not—subversive, ironic, distanced—while ignoring what it is, which is sincere.

With all those Westerners running around mangling English grammar, dressing badly and talking too loudly, indeed the film does lightly satirize Americans, but not in a way meant to undermine the message. Loving something doesn't mean you can't poke fun at it, as McCarey demonstrates via the teasing couples in movies like The Awful Truth and Love Affair. Ruggles is also fundamentally a love story, but the valet's primary romance is with the U.S., not Zasu Pitts, adorable though she is. The allegedly coarse folks back-slapping one another and taking out a servant to get drunk are vastly more appealing than the stiff, uncaring British toff who loses Ruggles in a card game like he's a horse. Ruggles' initial attitude doesn't seem right, it seems deluded; after all, even Lord Burnstead learns to unbend. By the time Ruggles shyly recites Lincoln's words to people he's embraced as his own, it's clear that in McCarey's vision, America has something for everybody. 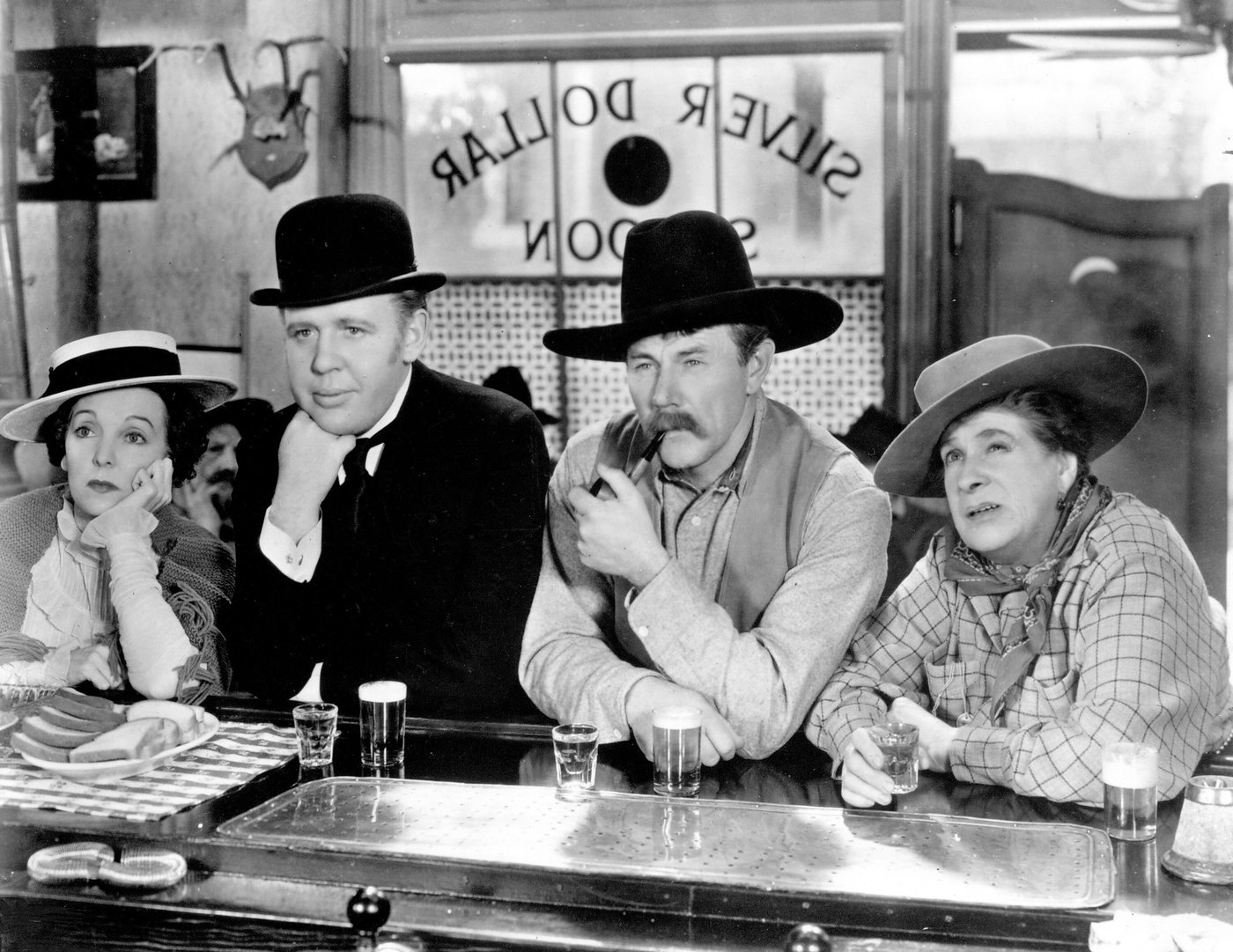