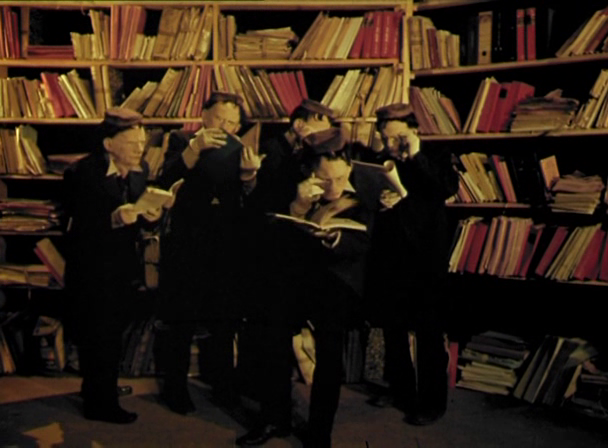 "Why is any object we don't understand always called 'a thing'?" asks Dr. "Bones" McCoy in Star Trek: The Motion Picture, a typically putrid line that strives for "meaningfulness" while forgetting to include meaning. Patrick Bokanowski's work, on the other hand, seems to effortlessly arrive at the former without ever glancing at the latter, with spooky, evocative and trippy results. 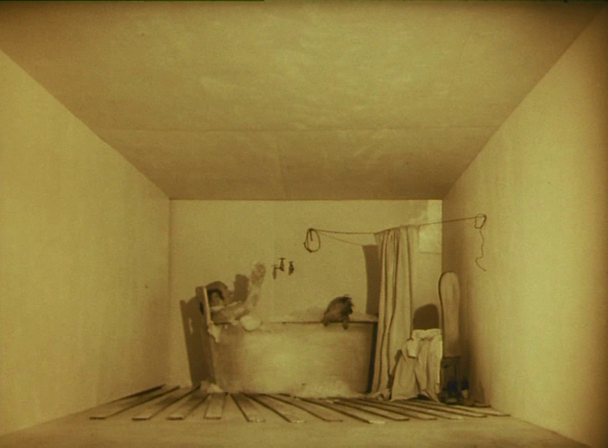 His film, or thing, L'ange (1983), is one of those odd cultural manifestations that unexpectedly makes it big in Japan, like Crust, the abrasive English comedy about a boxing crustacean made as a tax write-off which enjoyed cult success in the east. L'ange played non-stop in a Tokyo art house for almost ten years, and it's easy to see why, sort of. The movie induces such an odd state, hypnotic and hypnogogic, that it really does amount to a cheaper and possibly safer alternative to hallucinogens. Bokanowski's wife, Michele, provides the ennervating, scratchy score which accompanies his alarming imagery, commingling violin sawing with massively amplified alarm clock ticktock. 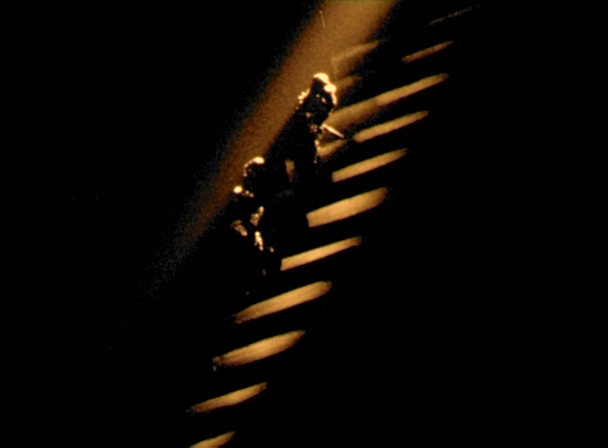 People in masks scuttle about, performing Gormenghastian rituals in Rembrandy lighting, in a variety of musky, abstract spaces. The masks seem, within the "reality" of the film, to function as the characters' faces: we're not meant to see these as people wearing masks, but as odd characters who really look like that. And we do. The busy automata have much of the same herky-jerky, serious-minded insect life of the various doll-head figurines that infest the animations of the brothers Quay, or the abstract, biomechanical landscapes or Borowicz's animation. They are slightly ridiculous but impossible to laugh at. They are exactly like us, in other words, only given a sharp, counter-clockwise twist so that we fail to recognise them from a new angle.

The ForgottenPatrick Bokanowski
2
Please login to add a new comment.