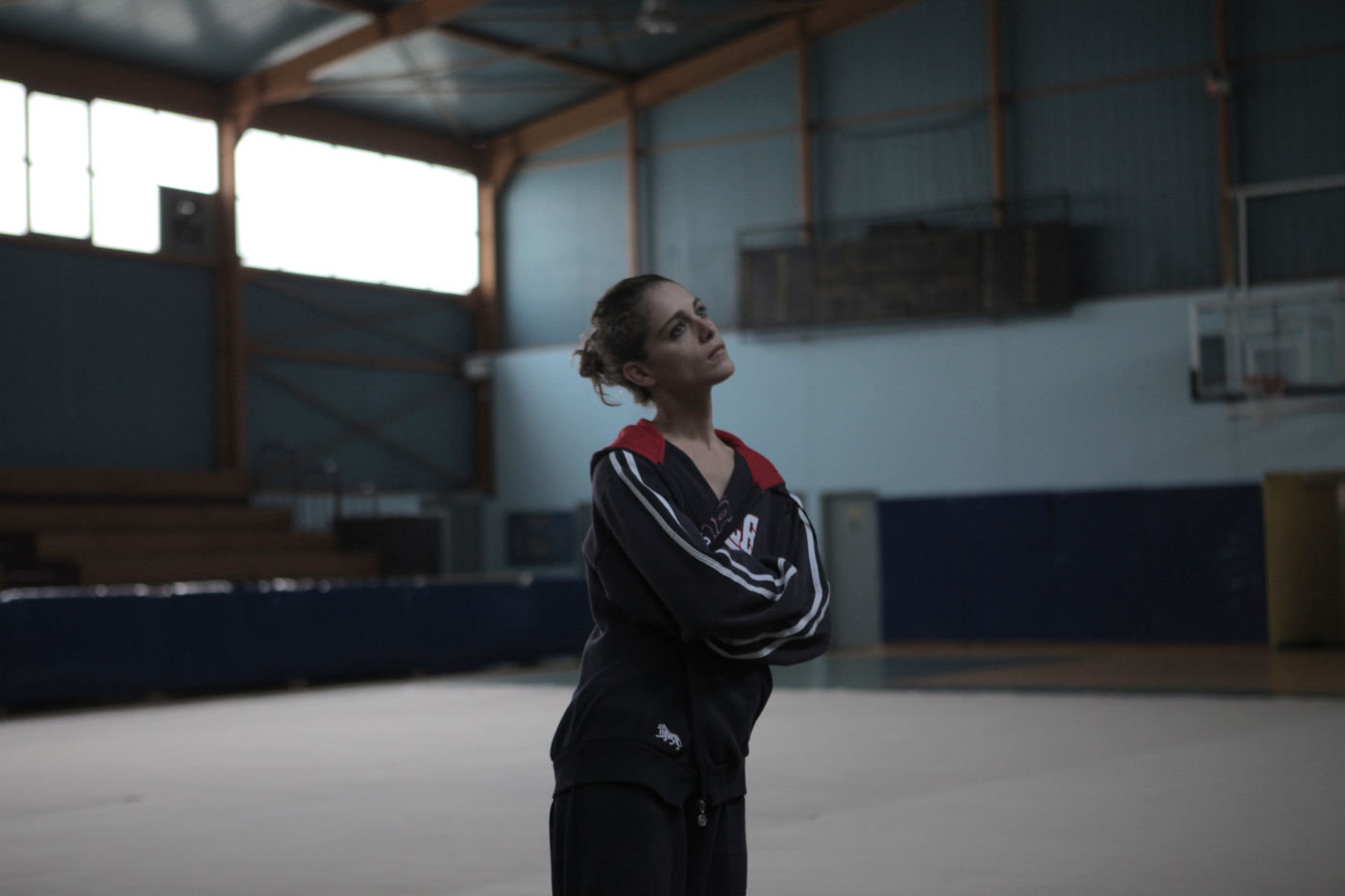 Giorgos Lanthimos﻿' Alps is a gimmick brought to life, a conceptual idea of a social situation filmed with automatons and containing but an illustration of a concept. It is a skeleton construct, powerful as an idea on paper, flush with possibilities; on screen, the potential is retarded through a seemingly limited vision of what cinema can be.﻿﻿﻿ The film is named after a secret troop that meets in a gymnasium and sells a service wherein members take over the roles of recently dead people in the lives of their stricken loved ones.  Alps reveals this activity obliquely and it takes several stiff sequences before the film's heroine directly offers her service to a couple whose child has died.  The service then becomes clear: the actors repeat mannerisms and reenact dramatic sequences in the lives of others to ease the grieving process for the bereaved.﻿

Like the house of repression and re-education in Lanthimos' Dogtooth, this is a situational powder keg.  And also like Dogtooth, the vision is strong and assured: Alps has an aesthetic confrontational power in its brilliant understanding of widescreen composition, which activates the entire space of the frame. Yet the treatment of its situation has a jokey-reveal quality﻿—where everyone seems vaguely on the butt end of a condescending joke—unexpectedly connecting the dots between Sundance-quirk and international art-house tonalities. Alps does not explore why the actors pursue their unreal profession (or passion?), nor how the victims deal with the false replication, nor the differences (or similarities) between ostensibly normal social interactions and those staged by the Alps group. Exploration is cut short in favor of the conceptual impact of the idea: everything serves to film an example of an isolated idea rather than build a cinematic world which contains ideas interacting.﻿ These ideas, pitched deadpan, are often very funny—a tone and a result at which Lanthimos clearly excels. However, the ideas introduced are blueprints, and the film never attempts to build anything resembling plastic or dramatic cinema behind the gorgeous, splotchy swathes of half-focused color and movements that touch the corners of the screen.  Indeed, whatever I find lacking may not in fact be what the film wants to do—but what is left of Alps is unfair, a brainstorm rather than a film.

This review originally appeared in a modified form in our coverage for the 2011 Venice Film Festival.