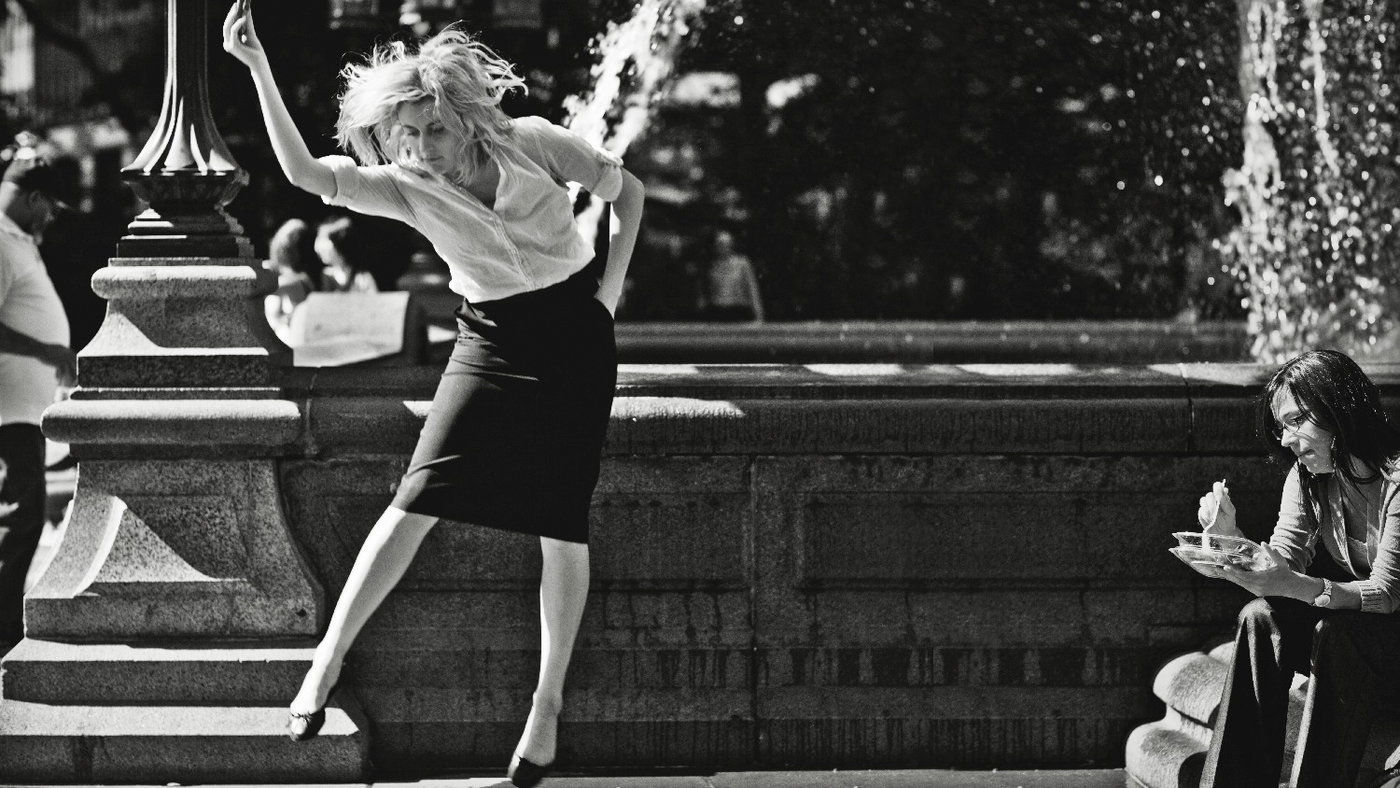 Noah Baumbach continues his film-by-film evolution—Margot is the exception that proves the rule—with Frances Ha. It's not as disciplined as Greenberg, nor does it really intend to be, but Frances finds Baumbach as an assured stylist and storyteller behind the camera—and in the great Gerta Gerwig he has found himself a creative force that merges rather beautifully with his own. Gerwig co-wrote the film with Baumbach, and imbues the film with her infectious personality while intelligently alternating between wit and reflexive insight (it's difficult not to draw a direct contemporary comparison to what Lena Dunham is doing on HBO). Frances is a dancer, and Gerwig and Baumbach also engage in an intimate dance of emotions in a subjective tour of metro-middle-class pressures (more academically but also more substantially than Dunham) that organically and fluidly unspools a careful study of diverse settings and moods. Distinguishing itself from the infinitum of hip New Yorker films, Frances Ha is particularly attuned to the specific rules and dynamics of the disparate spaces that compose a city. Without undergoing changes in her character, we see Frances shifting environments, and the sometimes frictional relationship therein is what fuels both the comedy and drama. At the outset Frances is entirely comfortable in a passively destructive lifestyle, rooming with her best friend, before being forced into increasingly poor fits for her all-too-idiosyncratic behaviour. Baumbach uses this growing social dissonance to create not just a compelling character but a malleable aesthetic that follows Frances' lead, either into flights of fancy (Gerwig channels Denis Levant's running dance to Modern Romance in Mauvias sang in one instance) or chic-introspective-moving-wallpaper (an incisive choice, not a flaw). Still: Baumbach can't resist the classical character arc model present in each of his films and it feels especially forced in this case—but he is exploring new ways of expressing it.

In opposition to the typically American story of late life affirmation, Gloria is a film about finding that rare post-middle-aged romance and choosing independence instead. A threat of a monotonous, loveless routine taking over the rest of her life looms over Gloria (played by Paulina Garcia). We see her going dancing on a nightly basis, clawing out for affection and passion. The right guy, seemingly, comes along, only to introduce a series of complications (as any new significant other does, mind you) into her life that leave her as un-anchored as before, but with baggage she had forgotten the weight of in her dozen years as a divorcee. A sweet series of intimate exchanges leads into the territory of cliché before director Sebastián Leilo﻿ yanks it right out and goes somewhere new—thankfully involving paintball violence. Pessimistic or just realistic, Leilo argues against the comfort of obligatory monogamy, instilling a sense of the tediousness that late life romance can present, and does this without a shred of shrewdness. Leilo also shows us the many pleasures that still keep Gloria going, but without a shred of sentimentality. All the while, the camera carefully observes Gloria, weaving a complex portrait lent nuance by Garcia, without ever spoiling the mystery of her character's deepest thoughts. 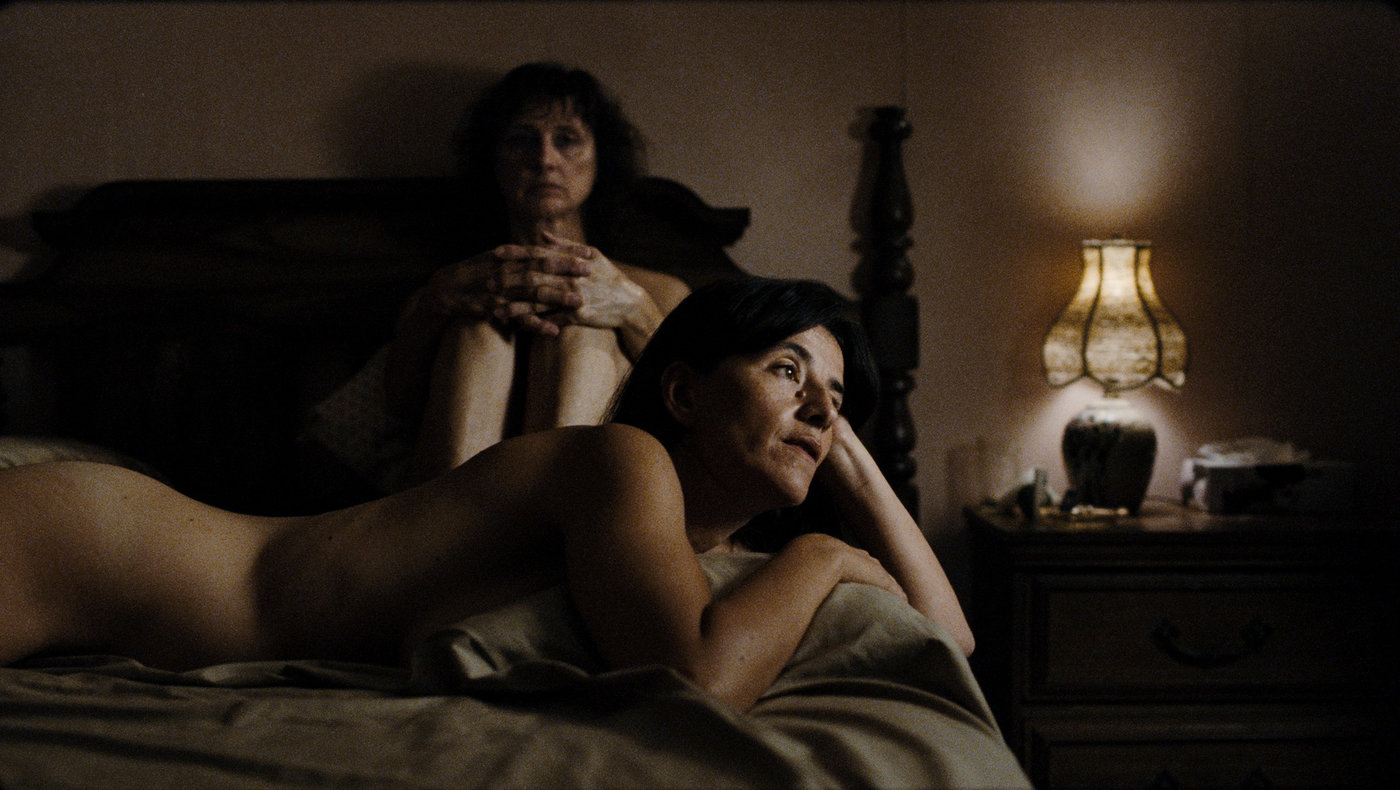 The first film in competition to stand out as fiercely unique is Denis Côté's Vic+Flo Saw a Bear, though the word spreading around Potsdamer Platz after its premiere was not one of bountiful praise, but let's ignore that. Côté's visual intelligence is difficult to dispute based on his previous work. A film critic as well as a filmmaker, his aesthetic choices have been as shaped by what he perceives as "good" cinema as much as by his own motivations as an artist. However, in Vic+Flo he's not taking cues from anybody. Formally forceful and full of a burning, determined energy all too rare in Canadian cinema—Guy Maddin's My Winnipeg may be the last such film deserving of this distinction—the film knows precisely what it wants to accomplish and does so, seemingly without effort, as if each meticulously calculated choice in framing and movement were second nature to the director. Deceptively quaint is Vic+Flo's narrative, not so much more dressed up than his last fiction film, Curling. Rather, it's in Côté's fluency with his extensive cinematic vocabulary, and the rhythmic succession of images he assembles, that a direction beyond the film's minimal, unassuming plot is foreshadowed. This evocation of something greater than the sum of the film's parts in the early-going has an answer in the end, in which Côté turns from the vaguely political to an almost radical allegorical gesture, a gear shift so abrupt from the implicit to the explicit that it comes off as aggressively pointed. It's the sort of boldly arresting, balls-out move that Canadian cinema once firmly had built into its (ambiguous) identity, in which the scream of a country so quiet pierces the viewer in a way only it can.