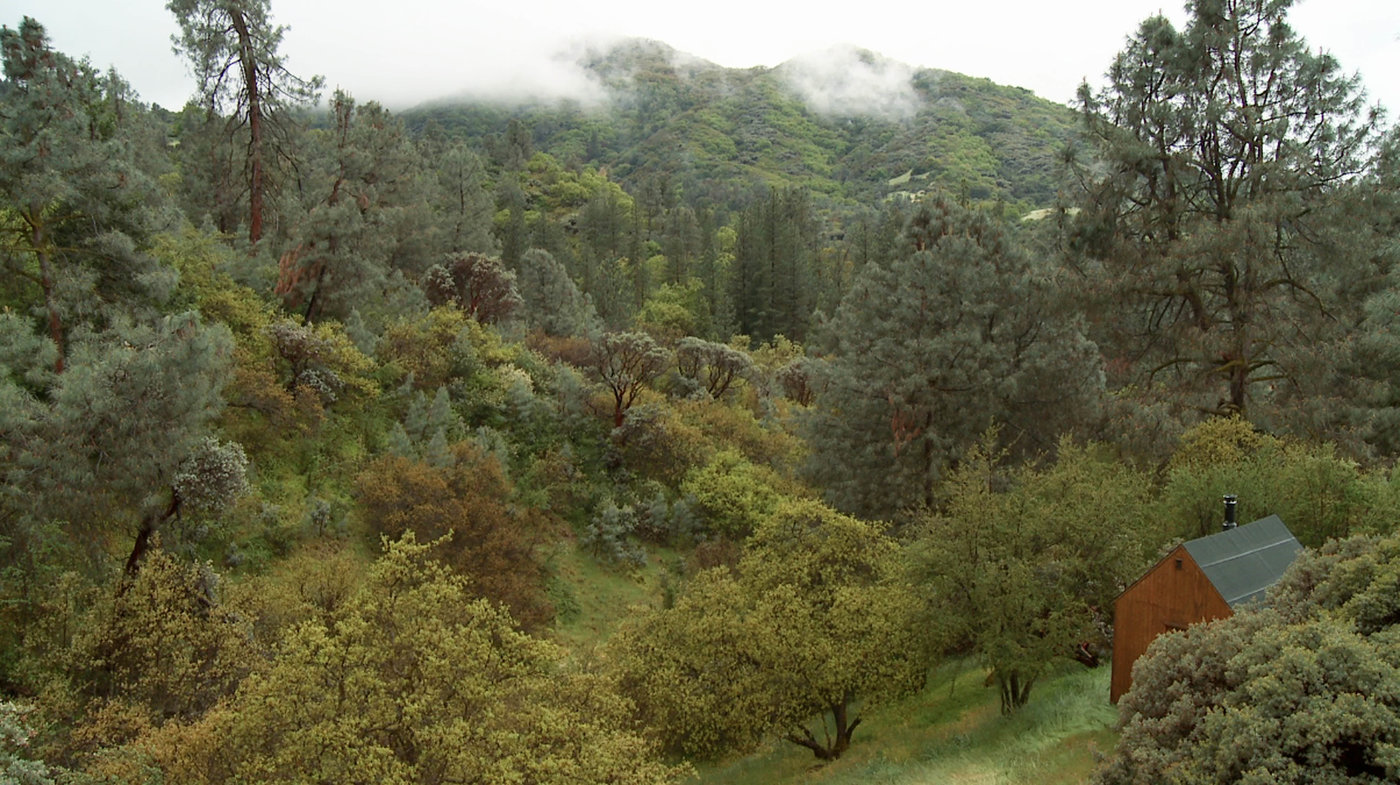 Part of a larger project that includes other films, a book and an installation, Stemple Pass hones in on Ted Kaczynski﻿, infamously known as the "Unabomber"﻿, one of the two main subjects of the broader work. The other is Henry David Thoreau (author of Walden)﻿. Initially the project began without an artistic intent: James Benning built two cabins replicated after the (surprisingly similar) ones that Kaczynski﻿ and Thoreau lived in. He was eventually driven to explore the obsessions of these two figures (as well as the filmmaker's own), ultimately drawn into these multiple approaches.

Consisting of four static shots, each of a different season (though not presented linearly so as to avoid easily applied poetic connotations of "this represents this" parsing), the film spends two hours watching the replicate cabin, seen in the bottom right of the frame, overwhelmed by the surrounding nature. For much of the film, Benning's voice reads out various texts by Kaczynski﻿. Alternately brilliant, angry and confounding, these journal entries (and additionally a manifesto and article that find him more focused) are utterly compelling. Benning's voice lends a sort of matter of fact approach (and a bit of an aesthetic one, having recorded it inside the cabin with subtle echo) that neither finds him "performing" nor "judging." These words are juxtaposed with the scenery, which is on one level gorgeous and another representative of his isolation in the woods that lasted 25 years, something which lent Kaczynski﻿ impeccable perspective on our changing world while also alienating him further from it. One particularly memorable insight regards how life in the city numbs us to the physical and sensory context of our environment, forcing us to direct our attention inward, whereas living in nature does the opposite, focusing one's attention outward, sharpening perception. The relationship between the narration and imagery creates an effect chilling and provocative. Benning allows the appeal of Kaczynski﻿'s intellectual thinking to exist unhindered, while neither emphasizing nor ignoring his more revealing discussions of violence and morality. The end result is a film that creates a complicated portrait of a seemingly impenetrable figure, one that offers more room for discourse and discovery than would a fictional film, and without losing the sheer drama of a story of a man in the woods versus the world.﻿ And, after all, the film situates you in the woods with him, and with Benning, while the "world" is out of reach. 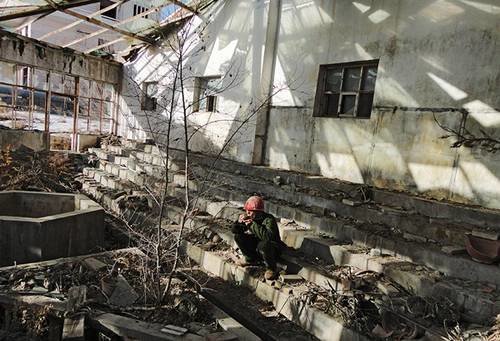 Yumen, the latest film from J.P. Sniadecki, who co-directs with Huang Xiang & Xu Ruotao﻿﻿, is the latest in a string of strong experimental works by the Sensory Ethnography Lab—the artists who brought us Leviathan last year. When a film like this articulates its setting—that of its title, a once oil-rich beacon of production in the northwest Gansu province﻿ that has since been nearly abandoned—one realizes how few films understand how to create a vivid sense of place. More than simply pointing the camera at a locale, the filmmakers conjure the very soul of Yumen, this all-but-defunct, oil (ghost) town. The monstrous, pulsating rhythm of drilling, the contrastive contours of the landscape, and the lonely group of buildings contained therein. The sound design brings forth a new layer of varying ironies and heartbreak—the very fabric of a broken space. Though I hesitate to belittle the film's uniqueness, it recalls Jia Zhangke's I Wish I Knew, which followed a ghostly Zhao Tao wandering around Shanghai, burdened by the painful shifting history in an authoritarian metropolis. Here, the ghosts are stuck, bound to a forgotten place, witnesses and victims to an imprint of mankind's environmental and human negligence. Tiptoeing around other contemporary works—and even unconsciously sharing a jump cut idea used by Ben Rivers in the similarly-themed Sack Barrow, but in reverse (one is a disappearing act, the other an appearing act)—the poetry of Yumen evokes the spirit of Chris Marker, the command of mise en scène of Jia Zhangke, the creative ingenuity of Herzog (Lessons of Darkness, Fata Morgana) without too closely resembling anything that has come before it. 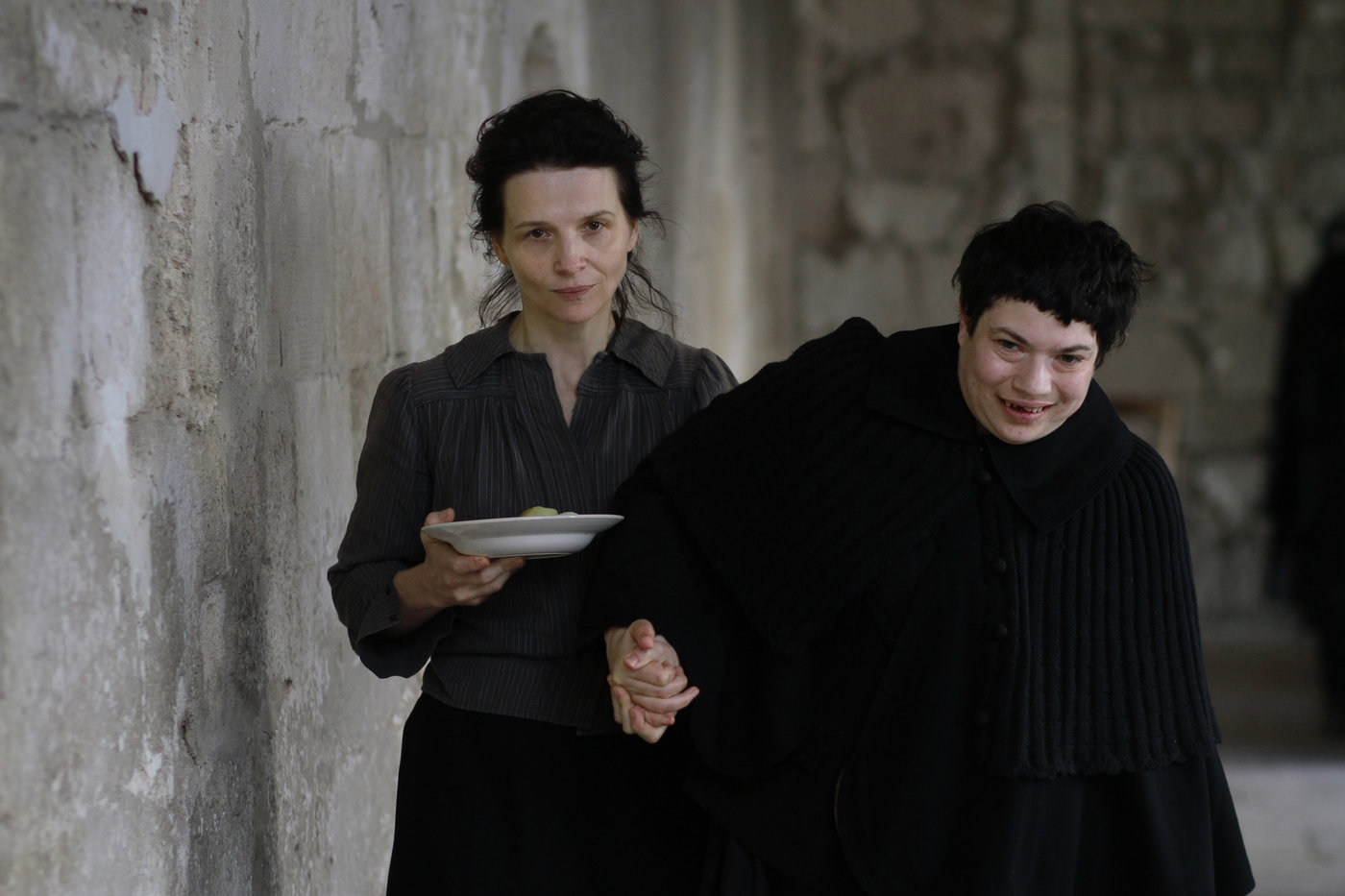 The sterility of a Bruno Dumont frame, though less cold than the prison of Haneke's oppressive mise en scène, nevertheless offers a similar vapidity. Like Amour, Camille Claudel, 1915 is a film of prosaic misery and monotonous suffering. But why must the cinematic conveyance of misery and suffering be so reductive, as if supposed "dark" or "harrowing" subject matter asks the director to neutralize expressiveness and style. Dumont illustrates his insight, as in Amour, in very little time and goes no further, offering us an incessant elaboration of the Joan of Arc-like martyrdom of Claudel, amidst the mad cries and screams of the mentally handicapped residents of the asylum where she spent 30 years until her death in 1943. There is an uncomfortable movement in the cinema, in which intellectual filmmakers have distanced their ideas from their form, or, rather, have reduced both to a bland palette of redundancy. I look at their films, among others, and no longer recognize the presence of a human being, but instead an authoritarian morality posing as empathetic with the plight of man, becoming synonymous with the very mechanics of the suffering it portrays.