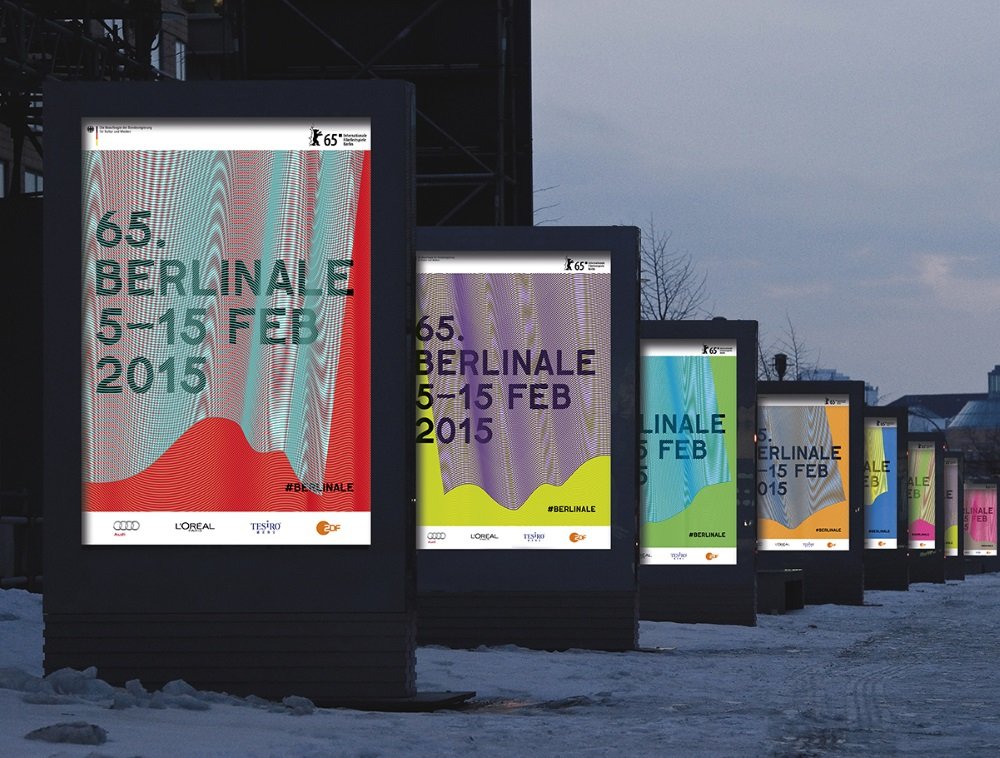 What a pleasure to be at another film festival with you. Despite the frenzy of activity, the audiences and the society of such events, I tend to find them lonely places, so much time in the dark with your own thoughts, so many single-minded scrambles from venue to venue, most conversations before the late hours being mere passing salutations or monosyllabic recommendations. The only other time I’ve been able to strike up a correspondence like this is with the inimitable Fernando F. Croce during Toronto’s film festival, and I count myself lucky to be able to resume this missive format with you. It’ll be good to have a place to chat, both out there, in Berlin, and here.

This year, for the first in many, I have optimistically ﻿opted to visit the Berlin International Film Festival rather than attend the International Film Festival Rotterdam, mainly because the primary joys I had in Rotterdam over the last few years has been restricted to the congenial sense of community engendered around that event, the 16mm experimental films and whatever retrospective that year has been organized. (Those have included such directors as Nils Malmros, Heinz Emigholz, Dominik Graf, Kira Muratova, and Yoshishige Yoshida—you get the picture, essential). But as a whole, Rotterdam has felt lacking. It seemed time to give Berlin another go. You, on the other hand, have attended the last couple of festivals here in Berlin. Can you bring me up to date? How is the festival doing, what gets you excited about attending it?

I have a strange relationship with the Berlinale, which I haven’t attended since 2011. It was my first international film festival, which I attended giddy and nervous, jet-lagged and film-struck, instantly overwhelmed and out of my depth, in 2008 (follow that link at risk of my own embarrassment) shortly after having started working at MUBI, then called The Auteurs. Looking back at what I wrote on, many of those films are still with me, a testament not just to their quality but to the environment in which they were discovered, and to that strange power some films have to linger. Who am I to say some festival some year is middling if years later it has left traces of itself upon me? And yet then and now I can’t help but worriedly see the Berlinale as the wintertime Continental brother to Toronto’s fall festival, a goliath gorging on forgettable films, a questionable moving image feast over-programmed into too many sections dictated by opaque funding, cultural requirements or misguided taste. From without and within these two festivals appear—and, crucially, feel—like sprawling behemoths, ones that may offer public audiences a remarkable number of films to choose from and indeed an adventurous range within that number, but ultimately undercut this profound, generous and inspiring banquet with a ratio of quantity to quality all sorts of out of wack. I suppose to fund such a giant, one must try and please a great many people, and the closer you get to trying to please everyone…

At any rate, with the concept of film festivals if not in danger then very much changing before our eyes in an era where producers still desperately hold onto the cache of premieres (be they world, continental or national) to bring their films some spotlight and press coverage, but the idea of the inaccessibility of far-off movie events that must be reported on because that may be the last time anyone’ll ever hear of them again, or as a kind of trumpet sounding in advance of the arrival of something splendid or important—all this seems so much less urgent. With that idea dissipating in the sense or impression that the online world of cinema creates—yet still most people won’t get to see any of these films, and yet still most people won’t have heard of them—it is certainly understandable organizers are going big and ever bigger, desiring to build an event that is its own sprawling territory of activities, peoples, businesses, conversations, and, of course, films. (The first iteration of a promising attempt at something tighter and more engaged with the audience can be found in the Woche der Kritik, Critics' Week Berlin, running concurrently to the festival.) Such size is indeed a kind of defensive practice, a bulwark against the fact these movies might turn up tomorrow at another international city that has its own audience looking for unique experiences and its own cadre of writers saying similar things about them; or might turn up online and spawn its own dialogues there. In my mind, the Berlinale is a temporarily city of cinema (“a state within a state”?), for better or for worse; and I’m certainly glad to be visiting again.

The event itself is centered at, though not entirely contained by, the reconstructed international corporate office mall that is Potsdamer Platz (notable background as the wryly skewered setting for the psychosexual corporate games of Brian De Palma’s Passion). This location is an immensely clever organizational decision which somewhat successfully isolates the press and business types (a large number, but this is also very much a popular, public festival) from what would no doubt prove a too-distracting city if the main festival were occurring in anything resembling a proper neighborhood. (There are other venues, and some magnificent larger cinemas, outside this sleek, glassy contemporary dystopia, that require some transportation to get to.) The Platz’s isolation has one benefit: it makes it eminently easy to slip from one screening to another within the two-count multiplexes that, along with a giant single screen Berlinale Palast, used for the big competition titles, make up the festival’s center. This resulted in the Berlinale leaving the dubious personal mark on me by inspiring my first ever movie walk out, a decision equally facilitated by the mediocrity of the random-chance film I chose to see on my first day as it was by the fact that at least three other movies of some possible potential were playing at the same time in the same building. One can’t complain that the Berlinale doesn’t provide options; as in Toronto, along with the several programs at which I will be bivouacking, there are whole sections brimful with films that I never venture near, perhaps to my detriment, sections focused on (very) young directors, German directors, films about food, and so on.

In the past I’ve tended to aim at the titles in the competition that interest me, usually a few heavy hitters—this year, new films by Terrence Malick, Jafar Panahi, Werner Herzog and Jiang Wen—and take more risks inside the Forum section (generally considered more adventurous and of higher quality than the other prominent main section, Panorama, though the guiding curatorial differences between the two were lost on me in the past). This year’s Forum includes works by Alex Ross Perry, Joaquim Pinto, Guy Maddin, and Nikolaus Geyrhalter, filmmakers whom you would think by now might be in the Berlinale's competition—but those kind of inter- and intra-festival politics are lost on me. Lucky for those like myself usually dying for something really unusual in the festival atmosphere of conventions—whether conventions of the mainstream or the art-house—the Forum has an adjunct section called Expanded which focuses on experimental cinema and where, like last year, it’s featuring new work by the great American avant-garde director Ken Jacobs. Similarly on my list both as a pleasure and a relief is a (mostly) celluloid retrospective dedicated to Technicolor films—did you ever think you were going to get the chance to see The Wizard of Oz projected to an all German audience?

Although I can’t say overall the program seems particularly exciting, but that certainly says something of my ignorance of the filmmakers selected. Still, if one weren’t satisfied simply by seeing what will no doubt be some kind of cascading-prancing vision from Terrence Malick within the same week as Jacques Tourneur’s delightful 1951 female pirate adventure Anne of the Indies in all its Technicolor splendor I assume cinema is dead to you.  I’m sure I’ll find plenty to report on within the multitude that fills the Berlinale catalog this year, and to be honest I’d rather have the Malick or Herzog let me down if that meant buried in the Forum I found a handful of surprising films from filmmakers I’ve never heard of who are telling me stories in ways I haven’t seen before. Glancing, the last two weeks, over the tedious Sundance Film Festival coverage that’s flooded Twitter and countless online publications, it actually made me long to re-watch Beyond the Lights or Blackhat, recent mainstream American genre films plain and simply attacking their stories with vigor and ingenuity. That attitude is the least I expect of a film—why else spend money on a production, why else choose cinema as your medium?—and over the next 12 days I’ll go searching for it as best I can—with your help!