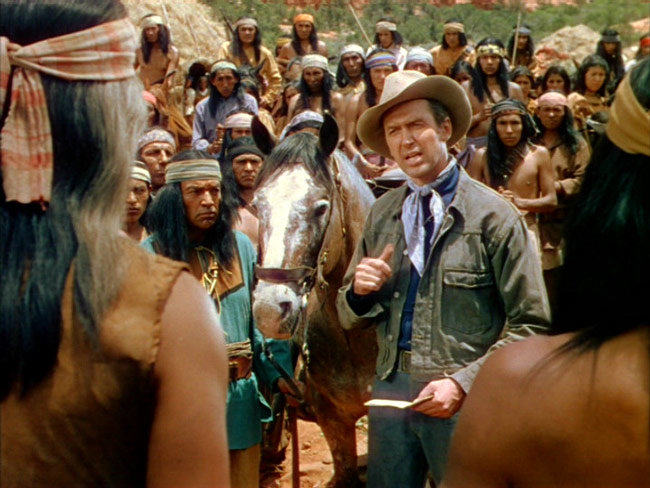 Ah, yes, the plague of "not getting it" is one that afflicts all of us festival-goers on occasion, but I admire your willingness to write on Peter Kern's peculiar film as well as Jiang Wen's totally gonzo farce (which you were nevertheless able to appreciate more than myself). As you and I both know, "getting it" isn't completely necessary and doesn't always get in the way of enjoyment and appreciation. Being a relaxed and open-minded viewer doesn't always make one an expert, but hopefully it prepares them for being responsive, a quality we should all aspire to whether we find ourselves in or outside of our wheelhouses.

In my previous letter, I teased at an incredible viewing experience I had, and indeed it may be one my all-time favourite screenings. Let me start off by describing what is my new favourite place to sit and watch a movie that I've ever been: the centre of the third row of auditorium 8 in the multiplex Cinemaxx where many of the "Glorious Technicolor" retrospective films played. There's something about the proximity to the screen, and the angle it places you at, that makes for the ideal, immersive viewing position. All the films I saw here we're classical Hollywood works in Academy ratio, so I don't think it would work with something in wide formats, but with 4:3 the screen perfectly filled my peripheral vision without me needing to crick my neck or physically scan the screen. So, the very environment had me predisposed to an enjoyable watch—but it was much more. Delmer Daves' Broken Arrow (1950), starring James Stewart, was projected on an immaculate 35mm print, and moved me deeply from its opening sequence. Only my second Daves film, I'm criminally unfamiliar with the director and went in not knowing what to expect. Your only primer for me was that his characters are "nice" and his style "gentle," and indeed that was the case. Remarkably humane, Broken Arrow exudes a generous and thoughtful aura, and treats all of its characters with respect and dignity.

In the first scene, Tom Jeffords (James Stewart) encounters an injured Apache boy and helps patch him up. This unexpected peaceful gesture between these two opposed types of people is interrupted by an arrow shot into a tree, just west of Jeffords' head. The boy's tribe approaches and lets him leave safely when they hear of his kindness, but an ensuing encounter with other white men leads to violence. Back home in Tucson, hatred for the Apache is growing, but Stewart's pacifistic character insists there is another way. In an incredible scene, Jeffords protests to his townspeople to consider the humanity of the Indians. One man makes the old eye for an eye argument, and Jeffords says he wouldn't kill an Indian just as he wouldn't kill a white man ("I'm tired of killing!"). In an attempt to practice what he preaches, he learns the Apache language and meets with Cochise (Jeff Chandler), the tribe's chief. At first skeptical, Cochise eventually trusts Jeffords, who has made efforts to truly understand his people, leading to an arrangement to allow mail to be delivered through their territory, and eventually a peace trial.

Daves films these characters as equals and portrays both men as individual leaders who have to work against the prejudices of their own communities—risking their own persecution and judgment amongst their people. Daves is less interested in landscape then other contemporary Western directors, and is more solely focused on the characters. Just as Jeffords is called an "Indian lover" and almost hung, several of the Apache strike out on their own in opposition to Cochise's new policies. The film shows the process of these clashing societies coming to terms with one another: Jeffords' ambassadorship, Cochise meeting with his tribe to have a discourse on whether to trust the white man and to stop the violence, a Christian general (who, Daves emphasizes, interprets the Bible without prejudices) negotiating with the Apache. Meanwhile, Jeffords falls in love with a beautiful young Apache girl, Sonseeahray﻿ (Debra Paget), and this moving romance becomes the focus of the film. Idealistic but detailed, Daves vision in Broken Arrow is a blueprint for cross-cultural relations. Aside from one astonishing shot of a man hung from a tree in the night and a reverse shot of Stewart's face lit by the setting sun, Daves style isn't showy, but each shot choice is perfection. He frames individuals in mediums when their reactions and feelings are the subject, two characters together, of equal importance in the shot, when they're conversing, and groups of people when the emphasis is on the collective (a few shots of the tribe have a documentary feel). The camera moves and reframes within the shot in moments where these dynamics shift. It's a masterclass on subtle, expressive film craft. Bookended with an unusual narration from James Stewart that presents itself as self-aware of the movie, the ending which I wont spoil is at best bittersweet, and hints at the difficulties of maintaining our ideals when human shortcomings will always sell us out. 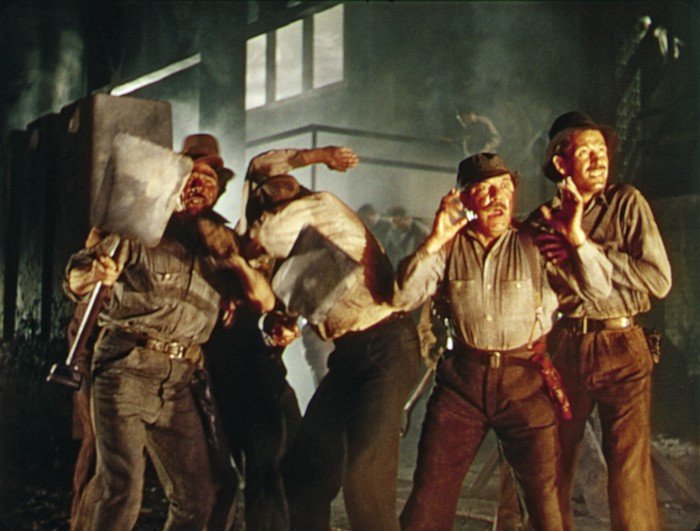 As if this wasn't enough Technicolor pleasure, I followed this up the following evening﻿ with a double bill of King Vidor's singular An American Romance (1944), and Jacques Tourneur's Anne of the Indies (1951). The sprawling decades-spanning story of An American Romance follows a European immigrant who comes to the United States at the turn of the 20th century, and tracks as he establishes himself and raises a family in a seemingly ideal realization of the American dream, but ultimately an impressively reflexive one. I had no idea what I was in for with Vidor's epic saga. It's hard to pin it down as simply one thing: the ultimate immigrant tale, a rags to riches story that underlines the assimilation required for social mobility in a capitalist society, or a dramatized charting of the surging industrial backbone of the United States throughout the first half of the 20th century (complete with invaluable doc-like footage of busy mines and factories). One of the few films that really captures the sense of an entire life, the passing years and events in An American Romance clearly mark our protagonist, Steve Dangos (Brian Donlevy), who arrives broke, and ends up owning a multimillion dollar company, but loses sight of himself along the way.

And one final note on the last film I saw at the Berlinale, Henry Hathway's Shepherd of the Hills (1941). I joined you for this one halfheartedly, feeling less than convinced about whether seeing a Hathaway film was essential, but luckily I acquiesced. Having John Wayne and Harry Carey among the three leads should have been convincing enough, and I learned an important lesson to not just stick to the big auteur names in the catalog. A Faulkneresque (and indeed quite literary) story of a Missouri Ozark﻿s community, the movie begins awkwardly and isn't nearly on the level of filmmaking as the Daves or the Vidor, but it has a singular quality that arrested me. A man named Daniel Howitt comes to the community (Harry Carey) and offers to buy some land (for a considerable sum) in "Moaning Meadow", and befriends a young, naive girl (Betty Field) in the process. Meanwhile, Young Matt (John Wayne) tries to kick Howitt off the land, as it once belonged to his Mother before she perished and it was left abandoned.

Howitt's desire to come live there is at first a mystery, but soon we discover he's the father of Matt that abandoned his family long ago. Matt has sworn to kill his Father should he ever return, but doesn't recognize Howitt, leading to a growing tension in the film as the inevitable reveal approaches. And what a reveal it is! An old blind woman regains her vision, and in an incredible scene punctuated with aching quiet, she takes a look at Howitt and Matt and immediately recognizes their kinship. Like several other scenes in Shepherd of the Hills, it possesses a unique emotional charge that elevates the picture above its more ungainly pieces. One gorgeous image will stay with me forever, that of Marc Lawrence's mentally handicapped character, Pete, crouched in a dark corner of a house, reaching out and grabbing floating specks of dest made glowing by sunlight beaming through the window. An inconsequential moment in terms of plot, it stands still and alone as a striking (almost Tarkovsky-like!) testament to the transience of filmed magic.

I look forward to your closing words on the Berlinale and the films you caught in its final days. You got to stay a day longer than I did, so I hope you took advantage and found another gem to hang over my head. As for myself, I've said my piece on what I saw, but I do have some other thoughts I'm eager to share with you soon, if you're still keen to read them and not too exhausted as we recover from the festival!