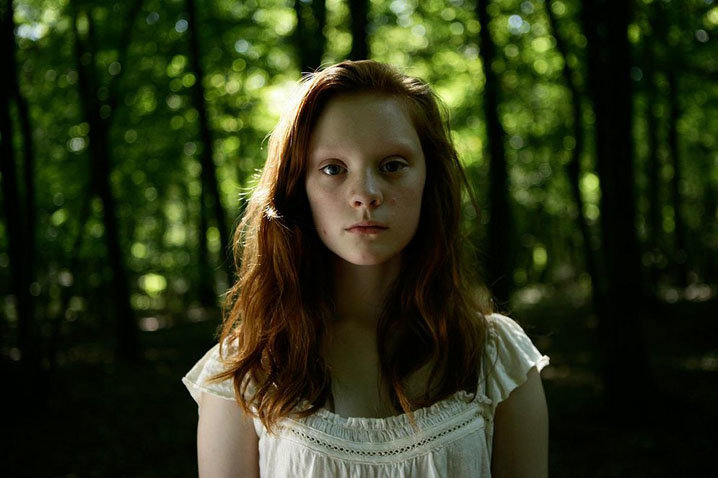 "The debut feature from the British filmmaker Alicia Duffy, which premiered in the Directors' Fortnight, is a disquieting tale of obsession and violence in the French countryside," writes the Guardian's Peter Bradshaw. "Duffy's movie has the trance-like evocation of mood and detail to be found in the work of Lynne Ramsay and Duane Hopkins; it is a parable for the emotional discrepancy between male and female adolescence, for the loneliness of boyhood and perhaps, at a deeper level, the combustible proximity of Ireland and England."

"Young Irish boy Dara (Jack Gleeson) and his older brother Eoin are moved to rural France after the death of their mother, and within days Dara befriends the charismatic red-haired Bella (Imogen Jones), whose English parents are restoring a crumbling chateau in the woods near to where he lives," explains Screen's Mark Adams. "The pair form a close bond and start to playfully rebel, but after Bella shyly kisses Dara he becomes increasingly obsessed with her and she begins to pull away from him. Completely enraptured by her, Dara becomes more and more troubled and his obsession propels him towards a series of dreadful incidents."

All Good Children is "a stirringly poetic take, gorgeously photographed, on preteen love and obsession," writes Peter Brunette in the Hollywood Reporter. "When the film turns more openly generic in its final third, becoming a full-blown thriller, it loses some of the subtle power it had taken such meticulous pains to create.... Even here, though, director Duffy's control of formal technique is complete, as she increases her use of extreme close-ups and distorted angles that make manifest the deterioration of Dara's mind."

All Good Children from Quinzaine / Directors' Fortnight on Vimeo.

Update, 5/28: Eric Lavallee has video from the night of the premiere.