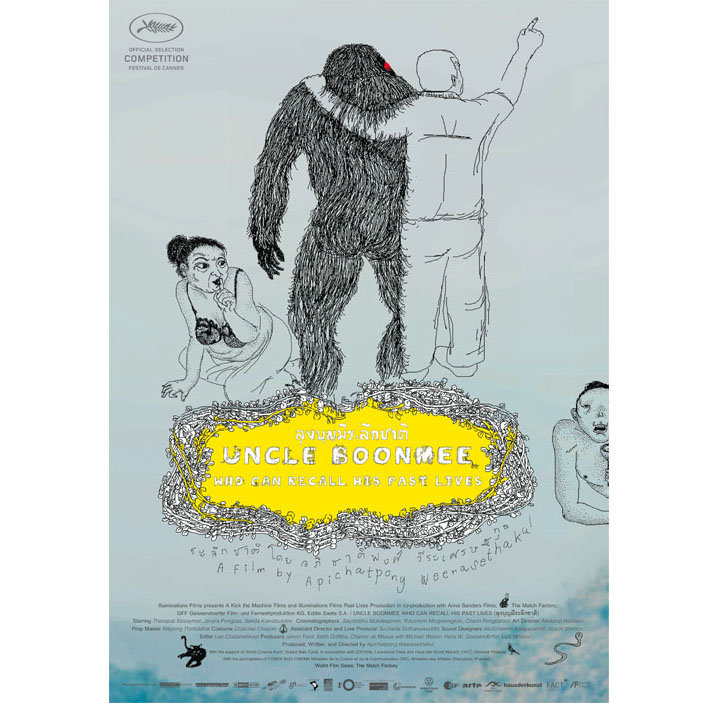 Fantastic. "Surreal," says Apichatpong Weerasethakul. He's just won the Palme d'Or for Uncle Boonmee Who Can Recall His Past Lives.

Grand Prix for Xavier Beauvois's Of Gods and Men.

The Best Actor award is split this year between Javier Bardem, for his performance in Biutiful, and Elio Germano for his work in Our Life.

Mathieu Amalric wins Best Director for his On Tour. The crowd pretty much went wild when Jury President Tim Burton announced the decision.

Atom Egoyan and Michelle Rodriguez have presented the Palme d'Or for a short film to Serge Avédikian's Chienne d'Histoire.