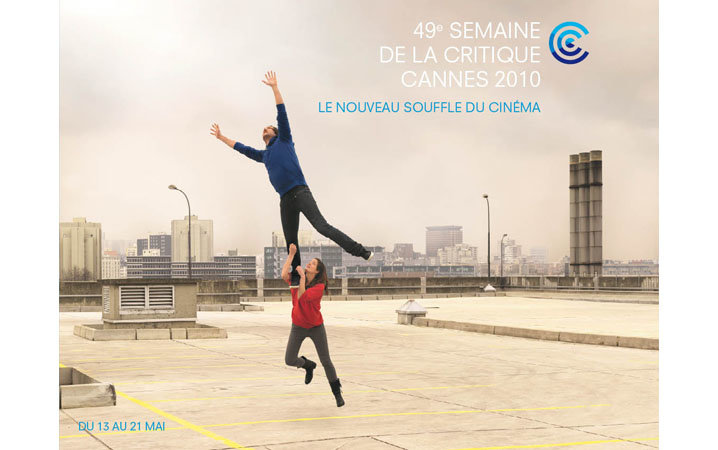 Michel Leclerc's Le Nom des gens (The Name of Loves) will open this year's Semaine de la Critique, the Critics' Week. Sara Forestier plays "a young, extroverted left-wing activist" who "sleeps with her political opponents to convert them to her cause," reported Fabien Lemercier in October for Cineuropa, where he has a bit more on the story and the production.

Seven feature films have been selected for the Competition...

Boo Junfeng's Sandcastle. This is "the first Singapore film to be chosen to premiere at the Critics' Week although other Singapore-made films have made it to other showcases at the French film festival before," reports the Straits Times today. "The film is in post-production, and Boo and his team are rushing to complete it in time." Media Fusion: "Boo's first foray into feature-film directing is an intimate story between an adolescent boy and his dementia-stricken grandmother. It is also a deeply personal story for this young director, who often brings his own experiences into his films." The filmmaker occasionally tweets.

Cheol So Jang's Bedeviled. Anybody?

Janus Metz's Armadillo. DR International Sales has a fairly lengthy synopsis for this documentary, which begins: "When operations get hairy, adrenaline addiction and cynicism set in for the young soldiers at the front line in Afghanistan. This contributes to a widening of the gap between themselves and the Afghan civilians. Armadillo is a journey into the minds of the soldiers and their experiences of modern warfare."

David Robert Mitchell's The Myth of the American Sleepover. Winner of a Special Jury Award for Best Ensemble at SXSW last month. The site's collecting reviews, e.g., Kate X Messer's for the Austin Chronicle: "This last-night-of-summer ode evades the slippery slope of high school flick cheesedom.... It's sweet and sticky and frisky and true to the awkwardness of adolescence, but with a healthy dose of tenderness." Trailer.

Phan Dang Di's Bi, dung so! (Bi, Don't Be Afraid). The Vietnamese screenwriter (Adrift) makes his directorial debut. The project has the support of the Pusan Promotion Plan and Cannes' Cinefondation program.

Ola Simonsson and Johannes Stjärne Nilsson's Sound of Noise. From the directors' statement at Bliss Productions: "Sound of Noise is a musical thriller tinted with dark humor.  The investigation lead by a police officer named Warnebring about “musical terrorism"  acts as the main thread throughout the film.  The story takes place in a large city brimming with noises in an unidentifiable country at an unspecified historical period."

Rebecca Zlotowski's Belle épine. "Selected at last summer's Angers Workshops, the young director (born in 1980) has written a screenplay set in and around Paris in the 1980s and centring on 16-year-old Prudence Friedmann [Léa Seydoux], who has just lost her mother," Fabien Lemercier reported last June for Cineuropa, where he has a bit more on the story and the production.

Along with Leclerc's opening film, Special Screenings include two features...

Marc Fitoussi's Copacabana. Eric Lavallee has a synopsis at ioncinema: "Boldly unconventional and cheerful, that’s how one could describe Babou. Never having cared much about social conventions, she is suddenly faced with the realization that her own daughter is ashamed of her and therefore refuses to invite her to her wedding." Trailer and clips.

Quentin Dupieux's Rubber. This is "the world's first killer tire movie," announced Todd Brown back in January at Twitch, where he's got ten stills and a synopsis. "I am not making this up. This is a real, actual, feature length film." Trailer.

Update: Eric Lavallee has a few initial thoughts on this lineup.

Update, 4/22: "After sharing the screen on Sam Raimi now defunct Spider-Man franchise, Kirsten Dunst and James Franco are now set to close Cannes' Critics' Week together on May 20th with their respective short films Bastard and The Clerk's Tale, reports the Playlist.

Update, 5/1: Finally catching up with C Tsui's comment below; yes, Revolución, a collection of ten short films addressing the 100th anniversary of the Mexican Revolution and which was screened at the Berlinale, will be screened here, too. The trailer: