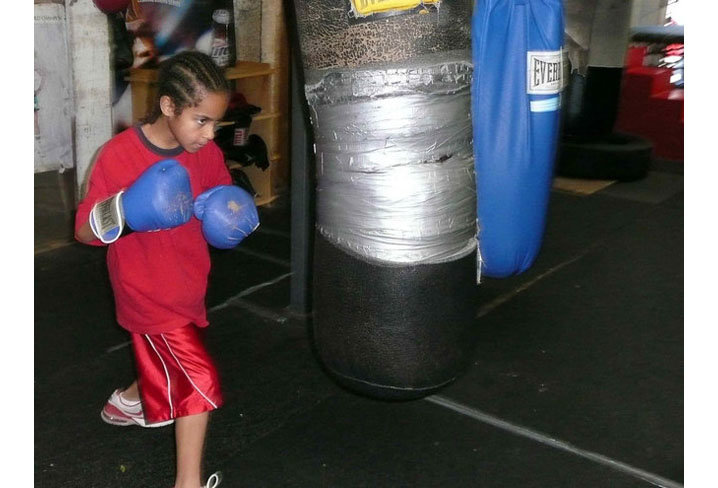 Dennis Lim introduces an interview for the New York Times: "Of the 30-plus documentaries Frederick Wiseman has made in his fortysomething-year career, most are portraits of institutions, peeling back the official veneer to reveal the human interactions within. Having recently tackled large, complex organizations like the Idaho Senate and House (State Legislature, 2006) and the Paris Opera Ballet (La Danse, 2009), Mr Wiseman, 80, now turns his attention to a comparatively modest subject: a neighborhood boxing gym in Austin, Tex."

Boxing Gym "is the perfect thematic intersection of two of the focuses in his work," writes Wesley Morris for the Boston Globe, where's he's posted a 6-minute video of his conversation with the director. "One is violence, which here is ritualized.... The other part of that thematic intersection is the body, what it can be trained to do, what it can withstand and what it can't. He's made several film about dance, but the new film — with its interactions among different races, genders, ages, classes, and personalities — might be his most hypnotic, rhythmically assembled observation of corporeal expression. The repetition here of physical actions (sit ups, punches, bouncing a hammer off a tire) achieves a spiritual effect that Wiseman doesn't overstate."

But Wiseman also "interjects humor throughout the movie," notes Charles Ealy at the Austin Movie Blog. "While boxers work out with punching bags, weights and even sledge hammers, Wiseman turns his camera toward a blissful baby lying nearby, watching his mother train." In short, Boxing Gym "becomes sort of a distillation of Wiseman’s interesting body of work."

Kenneth Turan gets a few words with Wiseman for the Los Angeles Times.

Viewing. Eve Jackson's talk with Wiseman comes up in the second half of one of France24's Cannes reports.