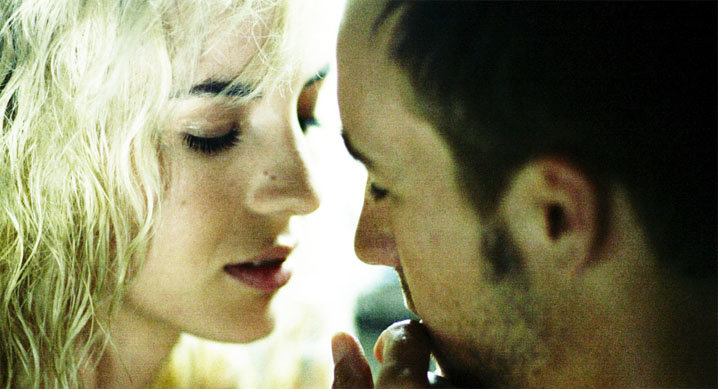 "Beyond eXistenZ filmmaker David Cronenberg, has there ever been a filmmaker able to mine worthwhile ideas from the unsteady relationship between reality and the virtual kind?" asks Aaron Hillis in his review of Black Heaven (L'autre monde) for Moving Pictures. "Maybe it's unfair to fault French genre screenwriter and occasional director Gilles Marchand (Who Killed Bambi?) for chasing popcorn thrills rather than naked truths in his stylized cyber-goth noir about a fresh-faced teen who becomes the Hitchcockian everyman in a dangerous game of self-destructive femme fatales and murderous coercion. Treated as a B-movie, it's a wickedly seductive ride, but whenever it postures to say something more clever as an Information-Age cautionary tale, the film's overreaching ambitions, limply written characters and illogical plotting fall right on their avatar's face."

The piece goes on, by the way, to discuss, if briefly, Hideo Nakata's Chatroom and David Verbeek's R U There," making an "Internet-damaged trifecta."

At In Contention: "Proving the generally reliable maxim that once you have Guy Lodge as a declared fan, your résumé will go swiftly and inexplicably pear-shaped, poor [Gregoire] Leprince-Ringuet was the hapless star of back-to-back duds [on Sunday], the second being this dreary, dated cyber-thriller from director Gilles Marchand and writer Dominik Moll — also talents with better days and films (notably the drum-tight, Moll-directed suspenser Harry, He's Here to Help) behind them." The first dud for Guy was Bertrand Tavernier's The Princess of Montpensier.

But Black Heaven is "an intelligent thriller in which the suspense takes its time but pays off well at the end" to hear Ray Bennett tell it in the Hollywood Reporter. "With sequences alternating between real events and the artificiality of the world of the videogame, the picture appears to lose its way in the middle section, but it turns out that director and co-writer Marchand knows what he's doing and where he's going. The twists, when they come, are riveting."

"Marchand's skilfulness lies in the way he transcends discussions about real world versus virtual world," argues Bénédicte Prot at Cineuropa. "If the director wholly embraces modern methods (thematically and technically), he does so in order to evoke the dark recesses of desire and their eternal power of seduction."

For Screen's Mike Goodridge, the film simply "never lives up to the promise of its premise. While Marchand creates an effective mood of mounting menace and sexual tension, the story doesn't deliver any satisfying payoffs and the CG alternate world of the video game isn't as immersive or captivating as it needs to be."