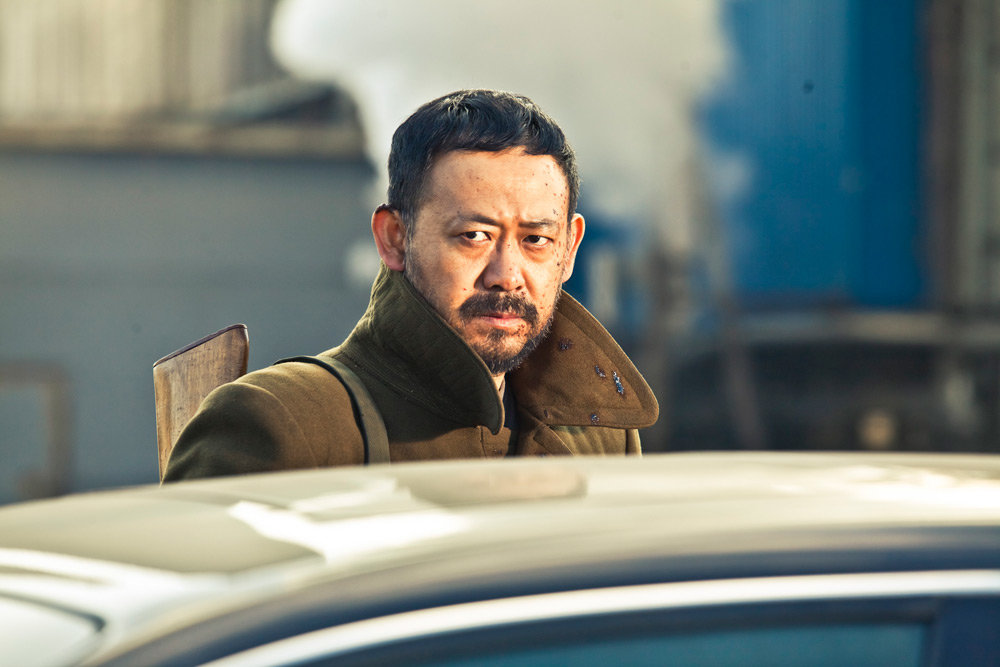 Jia Zhangke's unmistakable elegance of execution continues to belay the radical evolution of his pursuit of documentary tenants deep into the territory of fictional storytelling. A Touch of Sin, his title in Competition, is no different, experimental and despairing with a calm gracefulness which cleverly muffles its sharp blade.

Its most dominant and yet sublimated experiment is to fundamentally be a genre touchstone, the director citing King Hu and Chang Cheh as referents for this and an in-progress historical wuxia project, sources for both moral values and formal solutions﻿. Drawing its archetypes and iconography from cinema history, and resembling at turns transmuted versions of Tarantino, Rohmer, and Rivette, it yet never betrays Jia's acute sense of serene inquisitiveness into today's world. The integration of the New Wave's approach of re-presenting fiction as something engaged with by its participants﻿ and of 1960s/70s action cinema extend A Touch of Sin's reach beyond Jia's continuous references with Chinese cultural history and reveal the film's intricacy. A four-part series of moral stories of iniquity and revenge spread around China (see Marie-Pierre's close revelation of the histories, iconographies, and geographies of the film here), what this new work so successfully does is opaquely layer traditions on top of one another. It thereby aligns and discovers narrative synchronicity and comparability/compatibility between them, until the film world, formally reflecting the world outside the film, appears inextricably stitched together by the languid passage of its inhabitants through these living layers.

The laying begins with contemporary China, highly specified in image and storytelling. Yu Lik-wai's camera both documents the world—factories, roads, cities, construction, nightclubs—and records Jia's fictional situations founded in that reality, injustices served on levels ranging from the personal (female and relationship abuse) and economic (corruption through progress) to societal (working conditions, village politics). Much of the content of this reality is readily rendered into the international art cinema's lingua franca of national critique, where allegory is commonplace, each relationship becomes representative of larger concerns, all passing conversations pique touchy contemporary issues, and lingering camera movements make sure to contain the importance of each and every real location. It is an approach risking heavy-handedness, schematism, and a pandering obviousness, yet the sharp, straightforward clarity and mobility of these images and words flow effortlessly between these two modes of realism-based storytelling and quietly grandiose metonymic exposition. Jia's elegance again triumphs. The tone is one of timelessness in the face of tremendous topicality, with each gesture towards the moment accompanied by the sense of an eternal concern, a permanent existence.

Jia complicates this dextrous starting place of a starkly informed reality by filling the world with a cultural history of song, opera, myths, cinema, animals and gods that variously interact with, look down upon, embody, express, re-narrativize, and possess facets of the everyday populace. We see people coming out of and yet creating themselves—or re-living—stories they've been telling, or been a part of, for ages. Laid then on top of this is Jia's genre tribute, each moral story eventually bloodily mobilized by the guiding hand of a fatalist wuxia world of modern wandering knights solving all problems with an ethical application of violence. (Legends but true: stories founded in literature and opera, but based on four real life deaths.) The four characters transparently segue through these modes, moving from observers to actors (in both senses of the term) to something even more metaphysical, culturally and spiritually. And so we see reality forcing playacting become myth re-entering reality and reforming it. It is a richly migrant process which, for all the desperation and pessimism A Touch of Sin contains in its bloodshed as a dead-end—eloquent, perennial, and inconclusive—to an unjust now, the film suggests a continuity and continuousness, of which the film as a work of art is a part, that welcomes the direct engagement of the world through the appropriation and reformation of human (his)stories. Indeed, while a film cannot draw real blood, Jia's final two documentary shots and their accompanying soundtrack show how this film, like each of its moral tales, can conclude with a startlingly direct violence.﻿