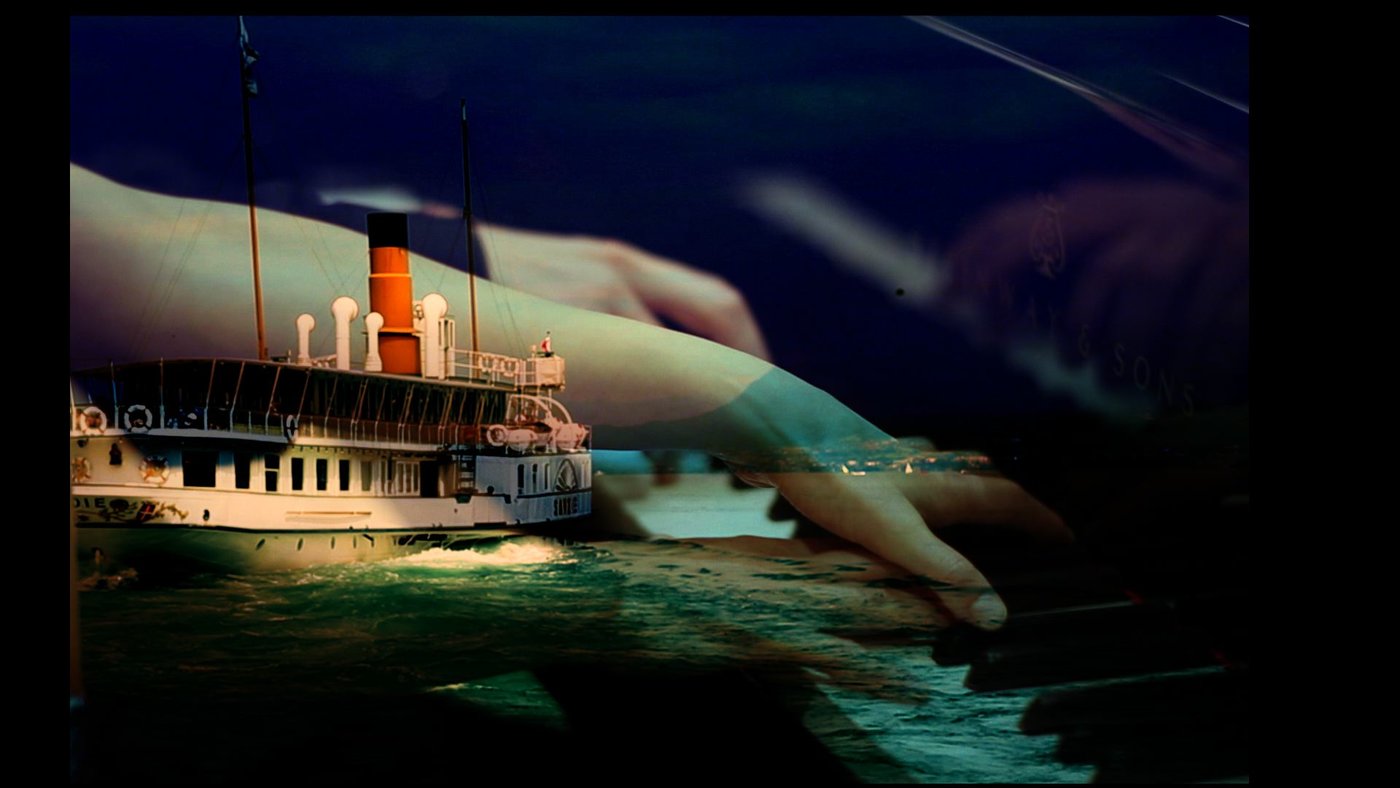 It's no surprise that in undertaking his first 3D project (one third of 3X3D, a triptych that also includes Peter Greenaway and Edger Pêra﻿), Jean-Luc Godard would do so much that everything else yet shot in the format looks meager and infantile by comparison (even the few notable filmmakers to have explored 3D's potential fall short of Godard's ambitions: Scorsese, Herzog, Paul W.S. Anderson). Also, it should not have been a surprise that 3D would make perfect sense for Godard's layering of texts and superimpositions, which command an even greater effect with the extra dimension. All of Godard's films, are, to an extent, about images, and here as much as ever he concerns himself with the apparatus, perspective, history (through images) and specifically 3D and digital's impact on these things, as well as on cinema itself.

Images rapidly leap from the screen as Godard quotes films, filmmakers, narrates, appears as himself. Footage shot for his next feature (also in 3D), Adieu au langage, is woven into the fabric of this rapid-fire short. He even takes frames from other 3D films: Cave of Forgotten Dreams, The Three Musketeers, Pina, and others. In seventeen minutes, Godard again expands the breadth of cinema's expressive potential and hints at new possibilities, bringing new properties out of digital texture and creating multiple planes of vision that interact in heightened dynamism.

There is no filmmaker who more eagerly adopts new tools and puts them to use so inventively and potently.﻿ In one shot, the foreground is out of focus in such a way that it causes discomfort—a new way of interrupting complacent viewing. Godard has used the layering of images in the past to bring new meanings to them, combining separate things to create new ideas. With 3D, the degree to which he uses contrastive depth can develop new ways of making meaning and complicating juxtaposition. Godard muses on the (d)evolution of perspective in art, and the coming (already here?) dictatorship of digital, but, as with most of Godard’s late films, it's the sheer aesthetic beauty here that is most overwhelming. One shot of his and Anne-Marie Miéville﻿﻿'s dog, Roxy, surrounded by colorful, digital ecstasy, is transparently emotional, and finds some sort of optimism amidst Godard's intensely trenchant cine-sermon.