WE ARE WHAT WE ARE (JIM MICKLE, USA)
QUINZAINE DES RÉALISATEURS﻿

Critics' praise went to Jim Mickle's film after its premiere at Sundance for the cleverness and the—yes—delicate hand of his remake of Mexican Jorge Michel Grau's urban middle-class cannibal horror Somos lo que hay. Quinzaine has therefore an excellent point here "following up" its 2010 programming.

Praise is totally deserved considering the remarkable job done in transposing the horrific Mexican family story in the context of a crisis- and climate- stricken Catskills community, and in reversing the story's parental figure. So here is Mickle's dark family, the Parkers: after the death of the mother, the grieving father remains alone with his two daughters and younger son. The fatum hanging over the girls is to take on the family tradition and perform the ritual that allows the whole family to feed.

Even more maybe than the cannibal fate (exposed with a noticeable commitment to not take the viewer as stupid), the choices in script, casting and mise en scène make the film discretely unfold a complex meditation upon family and foundation.

As expressed in half naïve, half oniric flashbacks showing the pioneer ancestors of the Catskills' family, the "founding father" set the primal scene as the taboo breaking consumption of a woman's flesh (and as a resolution to incest). No wonder that hunger at the Parkers manifests itself through a set of symptoms: A disease that does exist in reality (the Kuru disorder) is used as a way of stating that something real is prowling here. Foundation created sickness. The Parker family is of course as terrifying as genre commands, but the sad eyes and reluctant moves of its two girls bring the primal doom to a more metaphorical level, as too does the context of catastrophic rains and floods that are the only landscape of the community.

As the father proudly states, "We've kept our tradition in its purity." Mickle's script and direction bring back memories of the horrific "children's tales" that have been (psycho)analyzed as representations of the human Bildung. The Ogre that is led to devour his children when unmasked by a twisted Tom Thumb (the village doctor who lost his own daughter) who found his way to truth collecting little white bones instead of little white stones. The young boy who hears monsters in the dark (the moaning of a future victim)...being afraid of the dark, being haunted by bad dreams is part of childhood before answers are found. In the film, young Rory could very well be an image of the spectator: afraid of the dark, lead by the fear and desire to see, ready to feed on the worst in the innocence of his suspension of disbelief, a reader of the "children's stories" that allow him to deal with the world.

The final twist, beyond its gore-ish appearances, leaves the spectator not only with the experience of fear but moreover with a pleasant feeling of intense sadness and the wish to pursue it look deeper. What is to be found can be called melancholy.

In Mickle's direction, the time scansion leading to the sacrifice (the story unfolds over a week), the actions of the characters, the way they are made to talk, move and look at things or persons is immersed in an atmosphere of heavy grief, reluctance and loathing. There is no happiness nor pleasure of any kind in doing what they should do, because "they are what they are." Just a gloomy sense of fatality. A depression. Time is a cruel master: hunger is a torture, fasting three days is a condition of the "purity" of the ritual. Not only: children grow up, the older girl longs for sexual love, the younger one is on the verge of rebellion. Not only again: what is the malediction if not a product of history, an everlasting going back to ancient times when fathers commanded. The Parker family lives under the authority of Cronus / Saturn. The god of melancholy who devours his children, always associated with heaviness and slowness. Mickle's direction manages to convey his meditation without ever slowing the narration's pace nor turning its back on the pleasures of storytelling (and genre entertainment). For the viewer, melancholy here is also "the pleasure of being sad" (V. Hugo). Melancholy as a disease provoked by the original sin and as the characteristic of those who wish to know and think more may be what the film conveys as much as what the characters experience, from the murderous depression of the family to the final transformation of the girls into Erinys.

If it were up to the writer of these lines to choose the poster image for the European distribution of the film, it would undoubtedly be this one, an image of voracious absorption that is said to story-tell the very premises of melancholy: 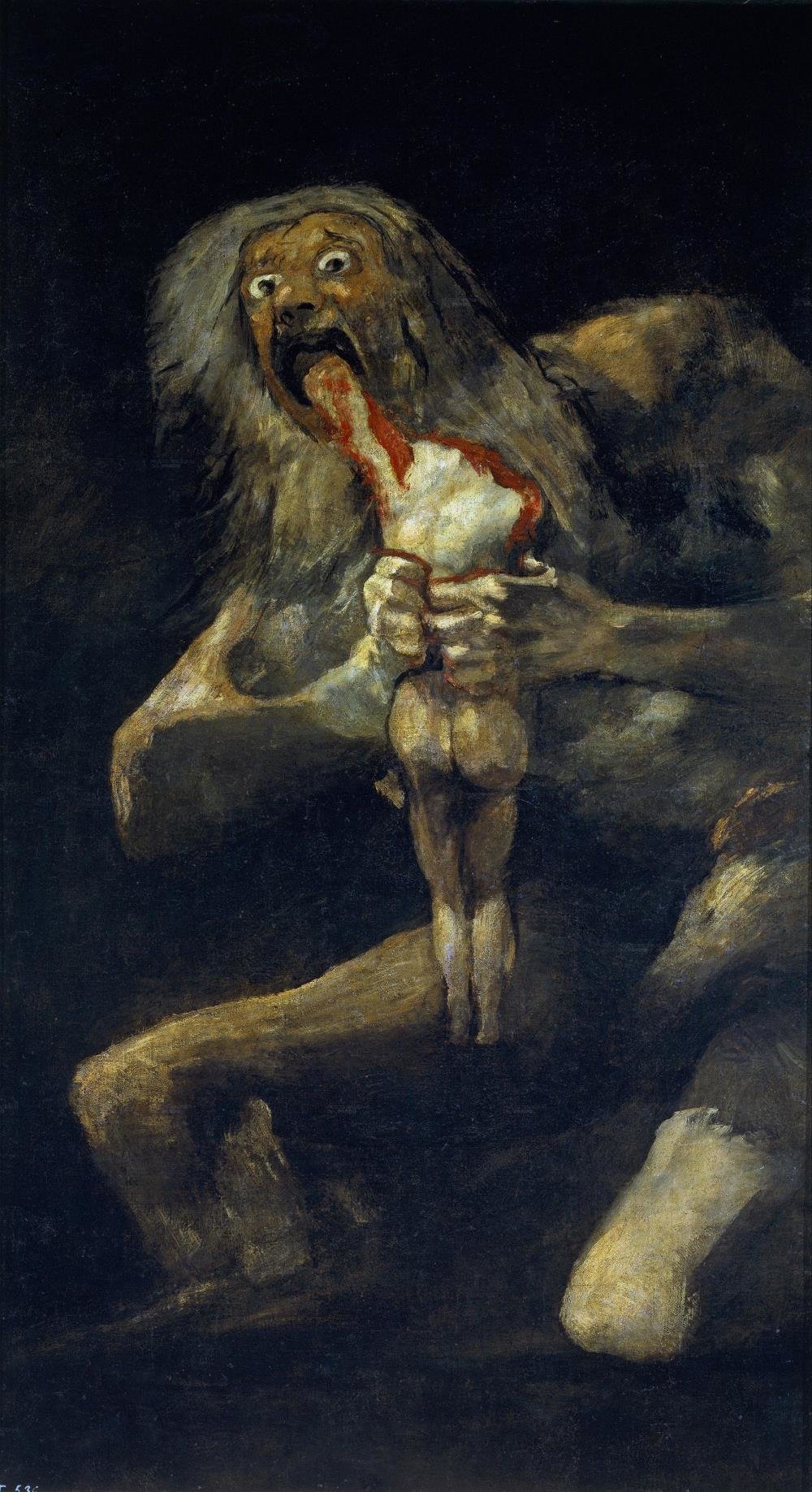