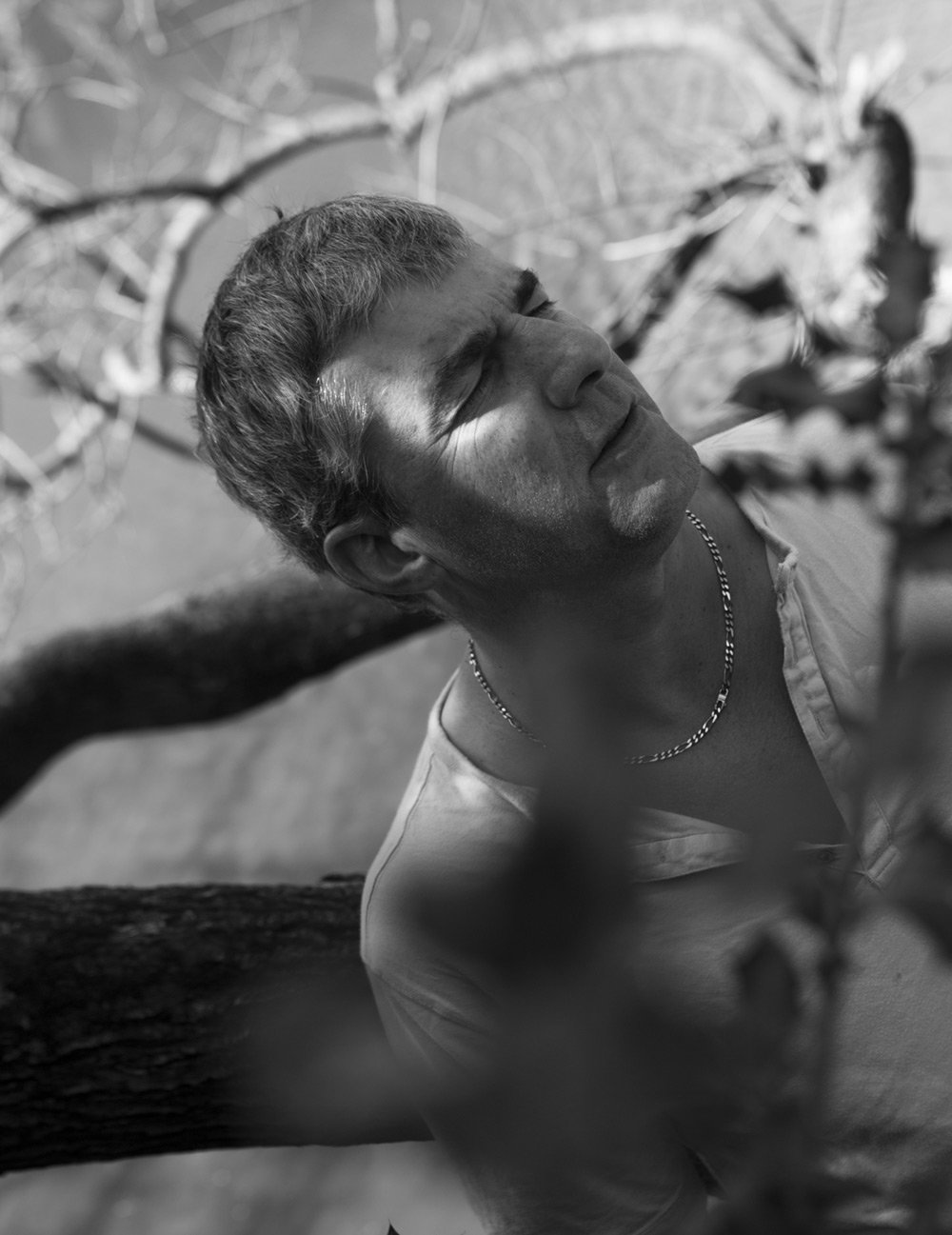 Alain Guiraudie's Stranger by the Lake, which played in the Un Certain Regard section at the 66th Cannes Film Festival and which MUBI's Adam Cook has written about here, remains one of the early stand-out titles. Set in and around a southern French gay cruising spot that's situated on the banks of a lake, the film charts the romantic intrigues of a disparate group of men whose rampant lust and desire transport them to strange and dangerous places. Recalling Jarman and Fassbinder as much as more classical French dramatists such as Éric Rohmer﻿, this is Guiraudie's sixth feature film.

NOTEBOOK: What were the literary and cinematic inspirations for Stranger by the Lake?

ALAIN GUIRAUDIE: I'm not sure I had any direct cinematic influences, but before I wrote it I re-read Jean Genet's Querelle and also re-watched the film by Fassbinder. It was more to make sure that I wasn't treading in their toes. In fact, a very distant influence would be Charles Laughton's Night of The Hunter.

NOTEBOOK: Do you tend to watch and read a lot when you're preparing a script?

GUIRAUDIE: Well, I don't necessarily try to distance myself from books and films, but at the same time I wouldn't read or screen something for the sole intention of work.

NOTEBOOK: The geography of the location is vital to how the narrative plays out. How did you find this specific spot?

GUIRAUDIE: I wrote the film with a very specific spot in mind. It was a cruising area near a lake that I knew of. But when I shot the film I went to a different region which is warmer and sunnier. I wanted it to feel like California. I wanted to make a film set in nature. I wanted the forest, I wanted the sky, I wanted water, I wanted earth. These natural elements had to be there. I could have set this film by a beach, but there the horizon would have been too vast. I wanted the drama to be more intimate and more restricted, and with the lake, the horizon is much closer to the eye. I like beaches that are shaped like a small semi-circle as it's a bit like a theatre. From Henri's [Patrick d'Assumçao] point of view you see the nudists, and from their point of view you see him sitting on the beach alone.

NOTEBOOK: Are the characters based on real people?

GUIRAUDIE: The main character, Franck [Pierre Ladonchamps] is inspired by someone I know very well. I also think I put a lot of myself into it. Henri, the heftier fellow, was also based on someone in real life, but I fleshed him out by giving him a broader background of despair. Michel [Christophe Paou] is a product of my imagination. He is a cross between a god of the lake and an ultra-liberal modern lover and serial cruiser.

NOTEBOOK: The actor who plays Michel seems to completely embody his character.

GUIRAUDIE: Don't you think he looks like Tom Selleck?

NOTEBOOK: Yes he does. And one of the Village People.

GUIRAUDIE: Yes. When I cast Christophe in the part I was looking for someone who resembled a Californian surfer.

NOTEBOOK: Do you see Stranger By The Lake as a specifically gay story?

GUIRAUDIE: I think it's fundamentally a story about men. I was at one point thinking about shooting the film in a heterosexual cruising spot, but the it just didn't work.

GUIRAUDIE: Straight love or open relationships are not the same thing as gay sex. The sexuality is very different. And I'm not going to say something very original here or groundbreaking, but men and women are just different. The fact that it's another man who's in love with Michel makes them equals. They're on equal footing. Homosexuality works on the level of a mirror image. But all that's very intuitive from my part. I never want to intellectualize things.

NOTEBOOK: This is your first linear narrative feature.

GUIRAUDIE: I wouldn't say it's the first film of mine that has a linear narrative, more the first film to have a linear sense of suspense. Before when I was going off in all these crazy directions, I felt a bit like a cinematic adolescent. I wanted to make this film as an adult, to be rigorous and also to give myself the means to achieve the emotions I was looking for. With this film, I'm much more interested in arousing emotions. The suspense and unease is, I think, the result of a greater formal rigor. It's odd, as early on I didn't realize that I was making such a classical piece of work, and it was only be the end of the shoot that I saw how classical it had all turned out.

NOTEBOOK: Was it easier of harder to make a more classically structured film?

GUIRAUDIE: It's different, but I does require more work.

NOTEBOOK: Were all the actors aware of the film's liberal attitude to nudity?

GUIRAUDIE: Of course. All the actors and the extras knew what they we're getting into. A few of the actors are actually part of real nudist circles.

NOTEBOOK: A shot you often return to—which seems very rare in cinema—is up between the legs with the genitalia as the subject.

GUIRAUDIE: I never saw the shot as a provocation. The intention was intended to be sweet and amusing more than provocative. I wanted to make a film that was somewhere between comedy and tragedy. I want the laughter, but at the same time, I want people to understand the problems of the protagonists. Cinema is about establishing a complicity with the other. That's not just with the characters, but with the audience too.

NOTEBOOK: My last question: who is the stranger?

GUIRAUDIE: For me it's Michel. He's the main witness of the events of this movie. He has a very intimate relationship with Franck, but we don't know anything about him. He may have a family, we don't know. Who is the stranger for you?

NOTEBOOK: All of them.