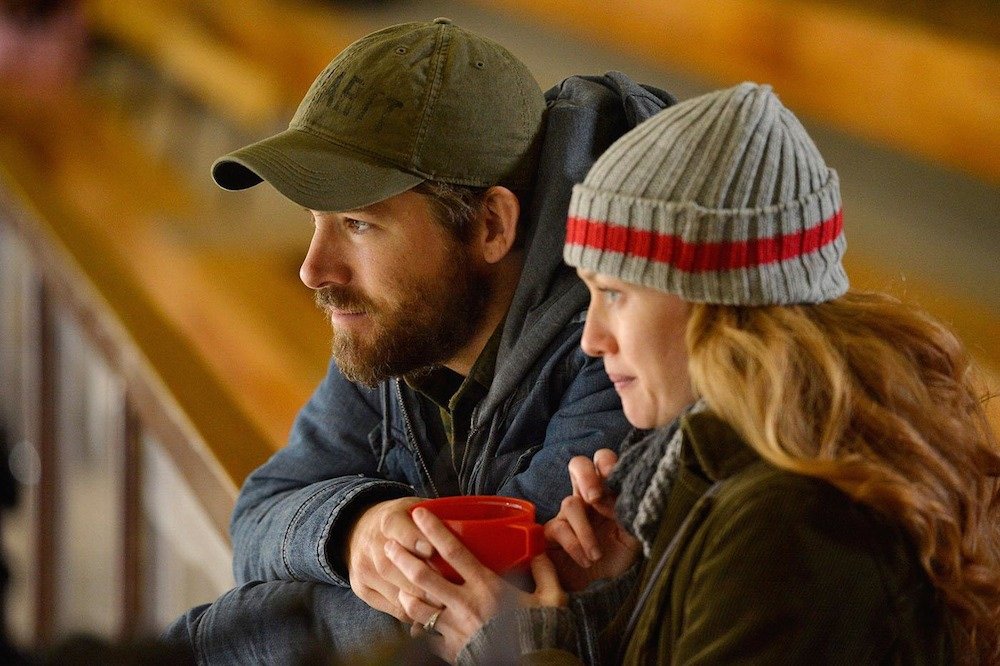 Ryan Reynolds and Mireille Enos﻿ in Atom Egoyan's The Captive

﻿﻿Nothing could make Mathieu Amalric's The Blue Room, a sleekly clouded, petit adaptation of Georges Simenon in Un Certain Regard, stand out at Cannes more than it being shown back to back with Atom Egoyan's ponderous, crippled genre film in Competition, The Captive.﻿﻿

As usual a half-thesis, half-melodrama on trauma spawned from and mediated by technology, Egoyan's child kidnapping picture does stand out with the idea behind its thriller mechanics: the Internet and surveillance technology create a cycle of perverse, sub-Mabusian manipulation, where children are kidnapped and after being abused are broadcast to capture more victims, and the "stories" told by closed circuit television and other audiovisual records are used to swaddle and coax victims and inspire captors to continue their reprehensible spree.  The film ignores the actual horrors of kidnapping, pedophilia, and the other crimes it purports to focus on, and instead prefers the monotone trauma melodrama of the parents and the similarly superficial techno-exploitation of the villains.

Too abstract to work provocatively as genre, and too generic to explore its thesis tying crime to media storytelling, empathy, and exploitation, the film's saving grace ironically turns out to be its anomalous, over-the-top villain. Kevin Durand  is so grotesquely physically insinuating, pallid, slimily mustached and bizarrely affected that he broadcasts  "tortuous pervert" in every frame of the film, both inside the surveillance-prison lair in his North by Northwest-style house, and out and about in society, where you think most people would run screaming from such a man. His comic book presence rubs against the sincere endeavors of the genre-and-trauma relay players Ryan Reynolds, Mireille Enos, Rosario Dawson and Scott Speedman, all of whose pedestrian roles have the unpleasant effect of making me want to see more of The Captive's arch-pedophile.﻿ 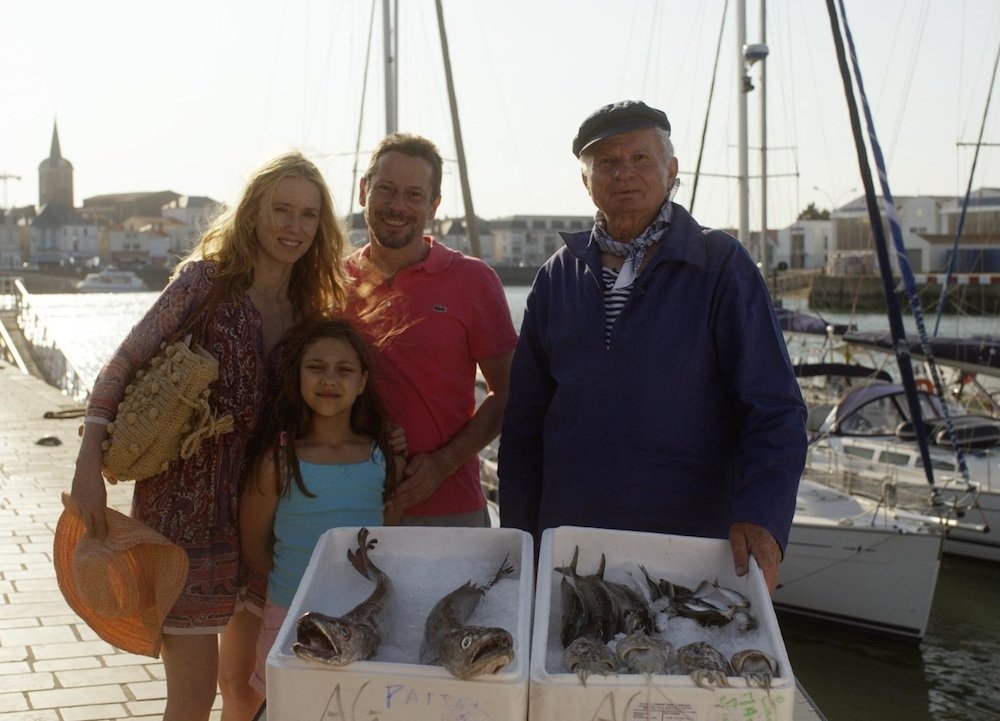 At a lean 76 minutes, The Blue Room has no time or room for the thick-tongue, noncommittal, halfway-inquiry of The Captive. Amalric's adaptation, which he also stars in as the protagonist, is concerned with a provincial crime whose victim, perpetrator, and motivation is kept confused for most of the film, even when it's almost immediately revealed after a lengthy, steamy prologue of adultery, that Amalric's upper-middle class agri-supplier has been arrested for something horrible related to his affair.﻿

The story has a jumbled chronology partially narrated by interrogating police, partially by a questioning judge, and partially from impressionistic scenes that could be what happened, what Amalric's character experienced, what others imagine he did, or what the film does. With this and with the style of glassy distance in look and in the telling, having a quality of a story being told, retold, or posited rather than happening before us, The Blue Room reveals is deep, honorable debt to New Wave crime specialist Claude Chabrol. Amalric follows his legacy of modernist experimentation in cinematic crime narratives like L'oeil du malin﻿ (1962) and Ophélia﻿ (1963), giving enough convention and scintillation for audience interest, but withholding in an almost coy, intellectual way, suggesting a moral and psychological analysis of a situation rather than a mere dramatization﻿.

Yet despite being set in a small town, Amalric avoids the kind of pointed satire of his crime's local bourgeois milieu as one would find in Chabrol in favor of a more acutely experienced storytelling. The images and edits align what we see with a kind of sex-and-crime fog which muddles the thinking of the accused, and as such the resulting film. Still, The Blue Room is made of specific qualities similar to master Chabrol, shooting on location to show the tenor of particular offices, the man's postmodern house, the "blue" hotel room of lovemaking, the view out windows. Shot in the old almost-square Academy Ratio of 1.33, the film's decoupage is temporal and material. It is made up both of many inserts of such things as a woman's rolling back, judicial documents, handcuffs, blood and jam droplets, gooey parting legs, a sleeping child, and other jumbled pieces surrounding and making up this man's life, and of longer wide-angled shots of a more cosmic loneliness, a swarming beach, a view of a warehouse with a daytime moon way above Amalric's dwarfed adulterer, the world outside the "blue room," and the local audience of the trial. It's not just Chabrol whose shadow is upon the film, but that of this year's Carrosse d'Or﻿ winner in the Quinzaine des Realisateurs﻿, Alain Resnais.

Each shot is a thing (or more) and each edit one that might jump to another moment, a memory or a happening, with guilt murky and the sincerity of passion and love unsure. It is stiletto-slim, elegantly colored, centered on an appropriately stunned, blasé performance from the director flanked by two physically poised yet psychologically opaque actresses. That the film lacquers Grégoire Hetzel﻿'s score and an obvious Bach piano piece across the whole thing unites it into a strange little mystery, where the unsolved isn't who did what and why, but rather why the story is so fundamentally suffuse with uncertainty about this terse, sinful saga.