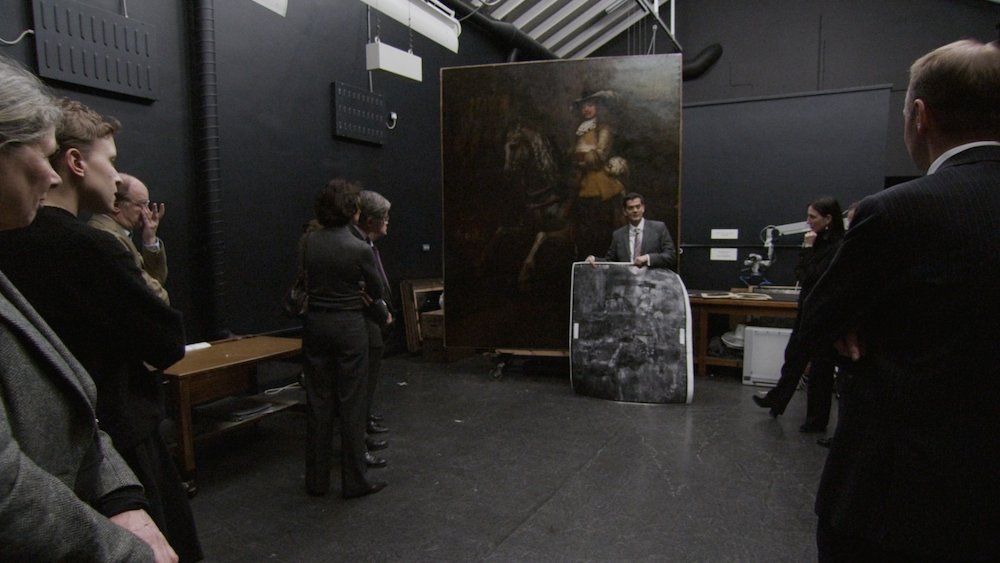 In a major highlight at Cannes, the Quinzaine des Réalisateurs﻿ presented a new work by America's greatest living filmmaker, documentarian Frederick Wiseman. The subject is London's National Gallery, which the filmmaker reveals as a palace of paintings through which courses the evolution of storytelling, imagemaking, representation, and pathways from the human world to that of heaven. It is a palace that is a museum, an archive, a restoration house, a business, and an exhibition, a pre-cinema cinematheque. The building and Wiseman's beautiful film of it contain a great expanse encompassing the meeting of humanity and art, a meeting continually renewed through time.

National Gallery is not, as may be expected, an investigation into the workings of the museum; it would much rather discuss the wonders of art. Wiseman gives much of his film over to the talks, lectures, and briefings of the gallery's staff of docents, historians, guides, and restorationists. We hear and see performed many different vectors of interpretation not just of the museum's mission but specifically of how to understand paintings, ranging from a historical or social context of its time of creation, to aesthetic praise, narrative explication, artist intentionality, and the craft of the art itself. Yet the film makes clear the reliance such educative appreciation has on restoration and exhibition, both of which share equal importance in the film with the paintings themselves and their accompanying interpretations. The tension between restoration, appreciation, education, and exhibition is defined early on in a back room meeting between marketing and art staff, and later visualized in the generally one-way communication of museum staff to groups of kids, tourists, the elderly, donors, visitings scholars and more. Keeping, showing, and telling are the action verbs driving the institution as well as the film itself.

Central to the film's rather voluptuous tone is a personal aspect of the film that Marie-Pierre Duhamel has written about elsewhere: the obvious analogy between the art of painting, its presentation, reception, history, and preservation, and that of Wiseman's art, that of the cinema. It is a connection National Gallery makes immediately at the beginning by one guide's theory that flickering candle light would make a painting seem to move. Indeed, the discussions of restoration, and whether to preserve a painting as an image to be understood or an archeological artifact of culture, is at the forefront of film preservation as well.

The correlation between the museum's paintings and history of imagemaking and storytelling and that of cinema is direct, but the film's copious range of explanations and contexts for the paintings on display—and how they are displayed and why, how they are restored and what the effect is—fully transform National Gallery into a richly contemporaneous essay on the curation, exhibition, reception, and preservation of culture in our time. (That it is also the director's first production shot on the Red digital camera brings these issues back to cinema, again.) This roving record of explanation, so centered on the way people talk about art in the National Gallery﻿, is imbued with a presentness beautifully tied to addressing an audience of the curious, the involved, the dedicated. Wiseman's camera and microphone unexpectedly connect National Gallery to his recent performance films (La danse, Crazy Horse), capturing marvelous live performances on the value and meaning of art. With the museum serving as a collection of odes to human expressivity and beauty, National Gallery is an ode to an ode: an essay that in its cinematic movement animates the keepers and narrator of some of the greatest paintings in the world. 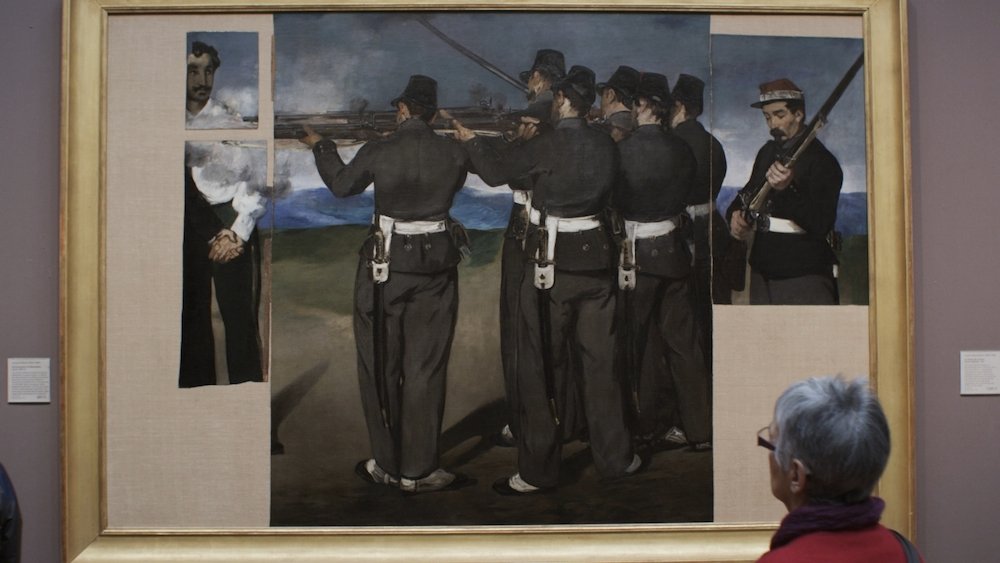