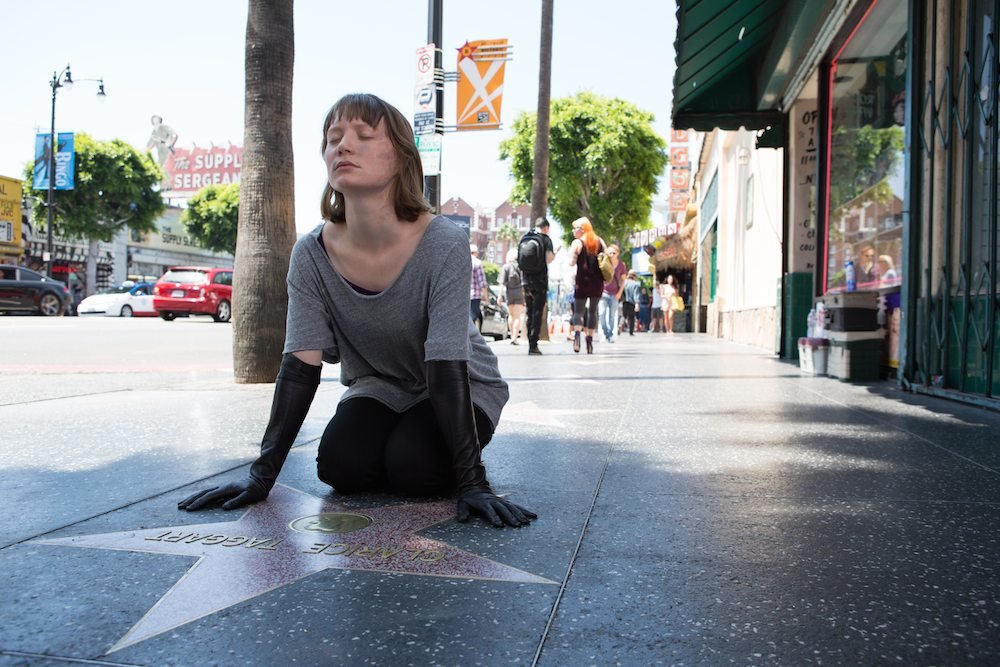 In my first year at the Festival de Cannes, I think I walked the length of the Boulevard de la Croisette﻿ approximately 36 times. At first swarming through this crowded main street is like being trapped in a street fair full of confused rubber-neckers, all wandering in different directions, straining to see something that hasn't quite materialized. Gosling? Glitz? Justin Bieber? Jean-Luc Godard?

On my first stroll down this main drag, I saw Hummer-inspired yachts, an older European couple with his-and-her beige linen pant suits and matching grey-blond severe bobs, and a group of loud American students slugging rosé from the bottle on a bench. The police and bouncers (more so than the festival staff) control the crowds with alarmingly random assertions of authority. "Ne fais pas le rois juste!" shouted one pissed off teen when an officer decides on a whim, seemingly, that only some people are allowed to cross the street. "You're not the king of justice, pal." His friends howled with laughter.

Watching world premieres of complicated films is a privileged and odd experience. If a film is truly new, challenging and worthwhile, where do you place it, how do you judge it, on first view? I've found that the best way to judge a film is not the experience of watching it so much as how the streets and world look immediately upon exiting the film. For most films, nothing has changed but a minor annoyance that time has passed. And by that criteria, only two films that I saw successfully altered my world view: the new films by Cronenberg and Godard.

The Godard is impossible for me to map just yet. It is classical Godard (a man & a woman having conversations in a room) revised. It's him at his most brilliant, switched on, and (in some ways) adolescently retarded. Its appeal may be in its familiarity as well as its technical innovation. So many things come and go by water, from his isolated vantage point, seeing all from a prescient peak. On first look, I like it less than Film Socialism. But then, I prefer Weekend to Masculin Féminin﻿. Yet, it changed the way I view every film I saw after this, maybe permanently.

The new Cronenberg is in some ways easier to categorize. It begins as a B-movie style parody of Hollywood, more Soap Dish than The Player. At several times it switches to the tone of Mulholland Dr. As in that Lynch film, what at first seems like broad parody, or self-parody, in fact emerges as a technique of erecting layers of performance.

Julianne Moore's performance as Havana Segrand, a middle aged actress whose Natalie Wood-ish mother, also an actress, died tragically. Moore's performance is odd: broad, fake, and entirely over the top. Up until her last scenes, her performance can best be compared to her acting in the porn films-within-the-film in Boogie Nights. At the end, Havana is momentarily revealed to be not a powerless aging actress who cannot get good roles, but someone wearing that facade as a form of trickery. She emerges as a sort of witch who has been quietly pulling strings in this peculiar mythic Hollywoodland. (I am so sick of sensitive men making films about "poor aging actresses." It's not surprising that Cronenberg takes this boring and borderline misogynistic trope and does something else with it entirely.) 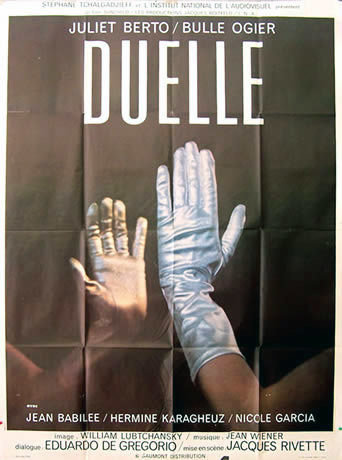 When Maps to the Stars gets most interesting, it is close in spirit to Rivette. It is a fairy tale and very mythological (so grusome, of course), and is not only about life as performance, but about something stranger and deeper. No one owns their own dialogue in Maps to the Stars. Lines are shared and repeated in some sort of weird whirl of tone and meaning.

As in something like Rivette's Duelle (or Celine and Julie Go Boating, or Le Pont du Nord) the film is centered on a maniacal female sleuth. Mia Wasikowska plays Agatha, a young woman with long black gloves and an obsession. There are phantoms and a gnomic poem, recited like a spell:

On my school notebooks
On my desk and on the trees
On the sands of snow
I write your name.

Evan Bird plays a Justin Bieber -type (who was, in fact, at Cannes, though may have missed this film) named Benjie. His savviness is hilarious. “Agatha, for a disfigured schitzo, you’ve got this town pretty wired,” he says.

To which Mia Wasikowska smiles brightly, uneasily, enthusiastically. Her performance is remarkable as an awkward star seeker with burns all over her body.

The thing to keep in mind for this film that is written as a broad comedy by Bruce Wagner, is that it isn’t directed that way. One of the clues that this is not what it appears to be occurs in a scene in which a group of Hollywood Juveniles (including Bird as Benjie) are telling jokes at a party. None of Benjie's jokes are funny. Painfully so. The entire film, from the schlocky effects to its approach to humor, is directed very purposely. Cronenberg's approach has more in common with A History of Violence than the films he's written, including the recent A Dangerous Method. In both A History of Violence and in this most recent film, the strengths and specificity of his directing emerge not despite but because of the playful way he handles a weak script.﻿

Around the sixth day and 30th saunter down the Croisette, the landscape of Cannes started to shift, the rhythms and the chaos started making sense. I saw the Cronenberg only once, and yet it shifted the way I saw the star-worshipping landscape surrounding me in Cannes (and also expectations of what to expect from a movie) almost instantaneously. I look forward to seeing it again.﻿