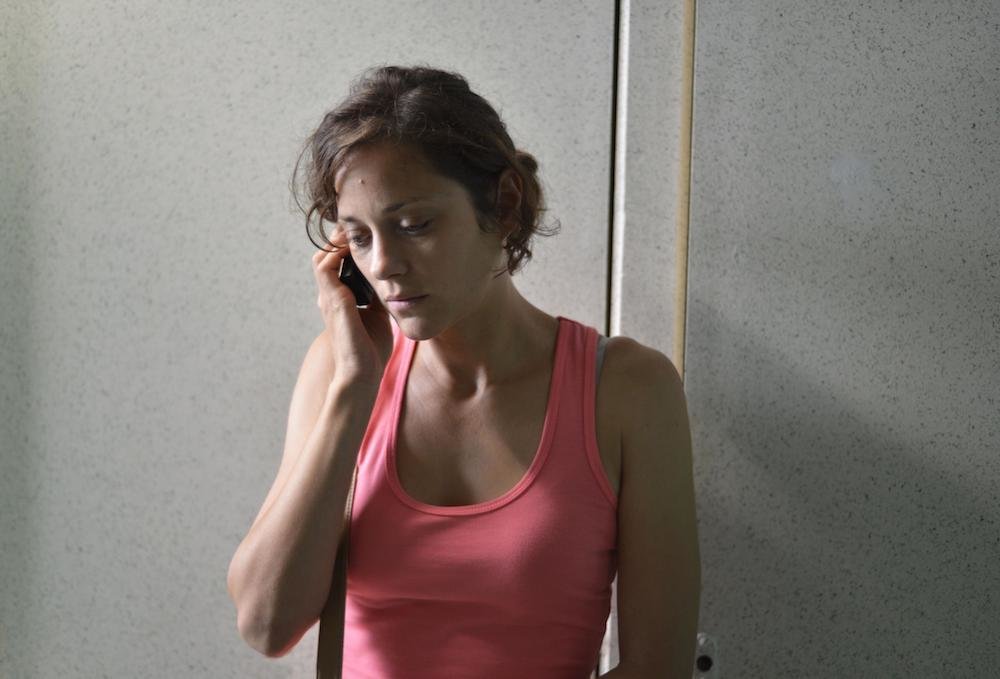 Marion Cotillard's shoulders, pinched forward, inwardly taut, a woman on the verge of unemployment. A step by step, person by person progression of self-abasement and humiliation: asking each coworker to choose her job over a bonus. The first shot is of her sleeping; later we find out she takes much Xanax, that she was depressed, that she is exhausted from depression. And that depression comes from inside. So the Dardennes send her outside to see each and every coworker, their varying straits: dire, desperate, angry, supportive, poor, empathetic, selfish, everything. A cruel plot, to be sure, Oharu-like, and unlike the usually compassionate Dardennes, forcing this actress and this character on such a harsh journey that we assuredly know the ending of once we know the beginning. But the Dardennes, they know cinema, how the colored top Cotillard wears on the first day burns with apathy and desperation, but also contains a restless soul and ropy, athletic body. How a newly introduced character's sudden, unexpected burst into tears can shock those in the film and those watching it, a quaking, electric instant of combustive emotion. The woman's gut-tight wrestle with her own body and spirit getting the best of her, falling into the passenger seat of her husband's car, tipping her head away from the camera and out the window, straining towards light and air for relief. And a rare frontal two-shot, Cotillard's wife and her supportive husband sharing an ice cream on a bench in the dappled sunlight, a bird singing off-screen. Wife: “I wish I were her.” “﻿Who?”﻿ “﻿That bird singing.”﻿﻿