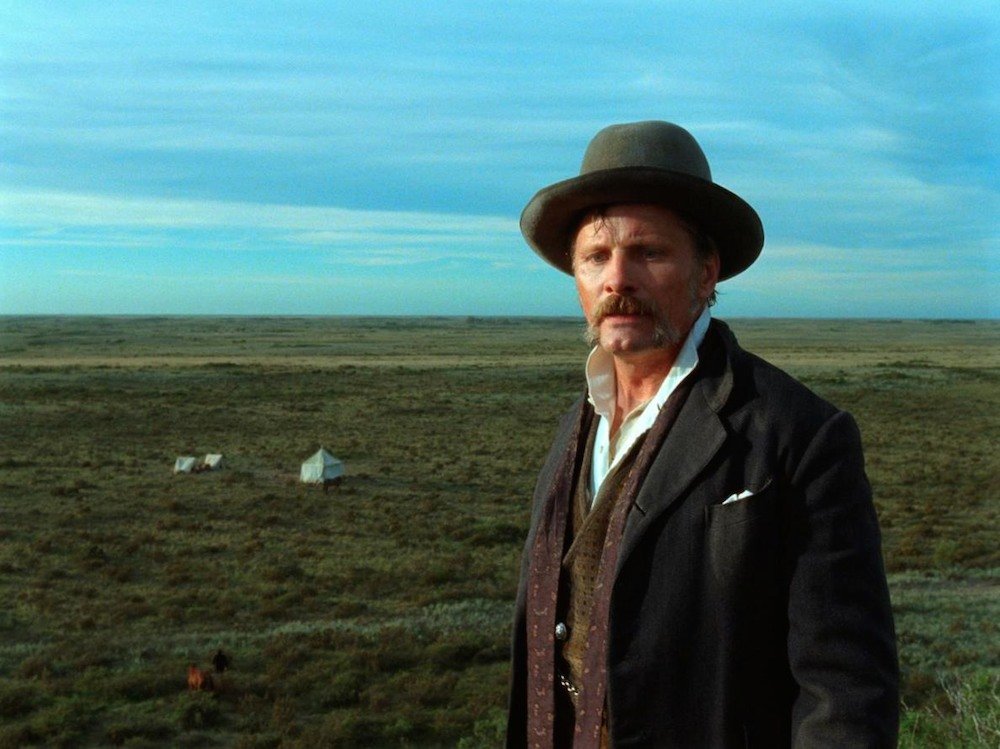 Halfway through the Festival de Cannes and there's a distinctly undesperate absence of adventureful cinema. I can count the adventures in less than a line: Sissako, Cronenberg, Wiseman, and now, after a six year wait, the Argentine Lisandro Alonso.

A fan of Alonso's work knows that his cinema are literally adventures, travels that are physical, bodily travails pushing through landscape. Jauja, his 19thcentury tale of a Danish military engineer who sets off into barren Patagonia to search for his runaway daughter, is more of the same, but still radical.

Radical for getting Viggo Mortensen to play that engineer, to speak good Danish and stilted Spanish, and to become a body to press upon Alonso's prehistoric landscapes. Radical for its old fashionedness, shot in curved-edge 1.33 on film with sky and ground in frame, with that frame bisected by the horizon, like John Ford, and indeed one duskset shot gorgeously re-imagines the 1940s Technicolor palette of Ford in the most intimate, low-fi manner. Radical, too, in a festival of excess, of its minimalism of nearly everything but materiality and image texture. Radical, then, not in a single moment but in a real, felt aggregation, as if the previous shots were not lost to be fogged by memory, but that image after image of the film stacks on top of one another, layers of quietly pulsing moments thick and tactile like terracotta﻿ tiles.

Many of these colors I haven't seen in film, a progression of mineral-like colors proceeding from the waterbound algae clinging to the coast to crystalline moss greens of nearby fields, the dry-faded straw greens of deeper brush, the nubbly ochre and yellows of inland rocky hills. I think of the expressionist earths of Victor Sjöström﻿, Anthony Mann, and Luc Moullet, especially A Girl Is a Gun. This landscape predates its inhabitants, and Alonso often hangs on his static shots of the land after Mortensen or the film's few other humans pass through.

The film begins stripped and the Dane's trying and trailing quest for his daughter, for the metaphysical paradise of “jauja,” strips away even more the European presence on the land that became Argentina, where the solitary, forlorn soldiers are drawn away and absorbed by the native inhabitants, and these too are also drawn and fade into a land which existed before and exists after they stand, pressing weakly, upon it. In the film's most extreme gesture, a radical temporal fling, the power of the land still exists, in the future and elsewhere, and contains within it considerable powers.

The film is made up of postcards of a time and place closer to the primordial, which makes the efforts of men upon and within it seem ridiculous, though with the firm possibility of attaining nobility. Mortensen's Dane certainly does, in a tremendously moving performance literally and emotionally, a performance that moves itself and one. A single close-up upon realization of his daughter's disappearance and the quest it will entail becomes a tender conduit, a portraiture of a historical human that is unspeakably, indefinably beautiful. And from there he plunges away from his tent-and-soldier edge of civilization into a beyond that is only the older world.﻿ 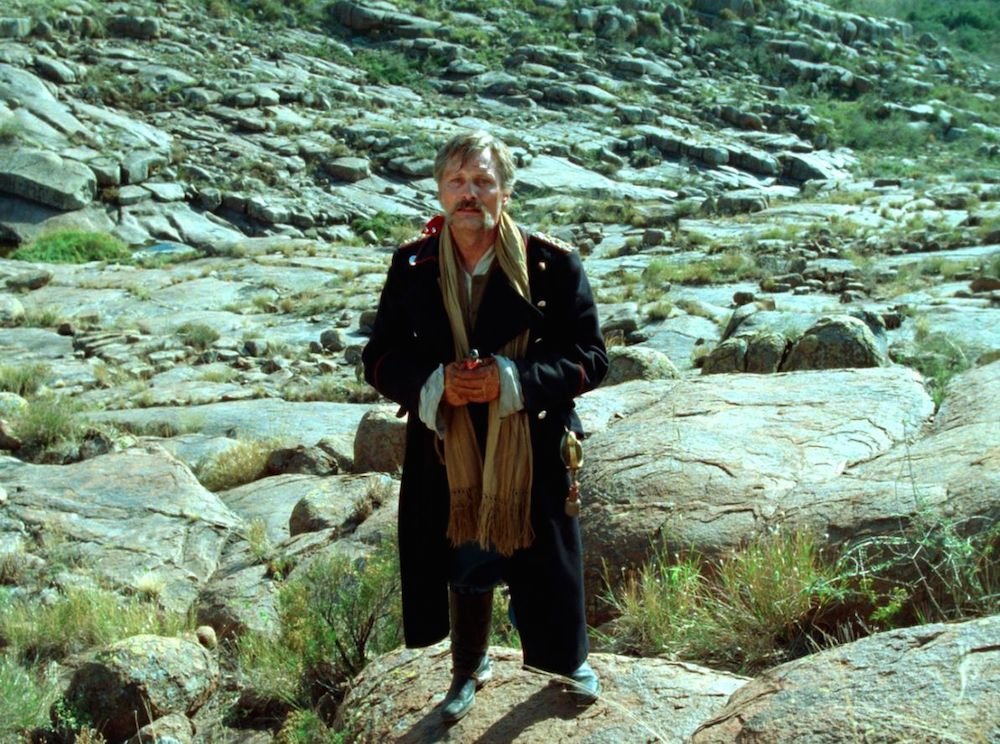